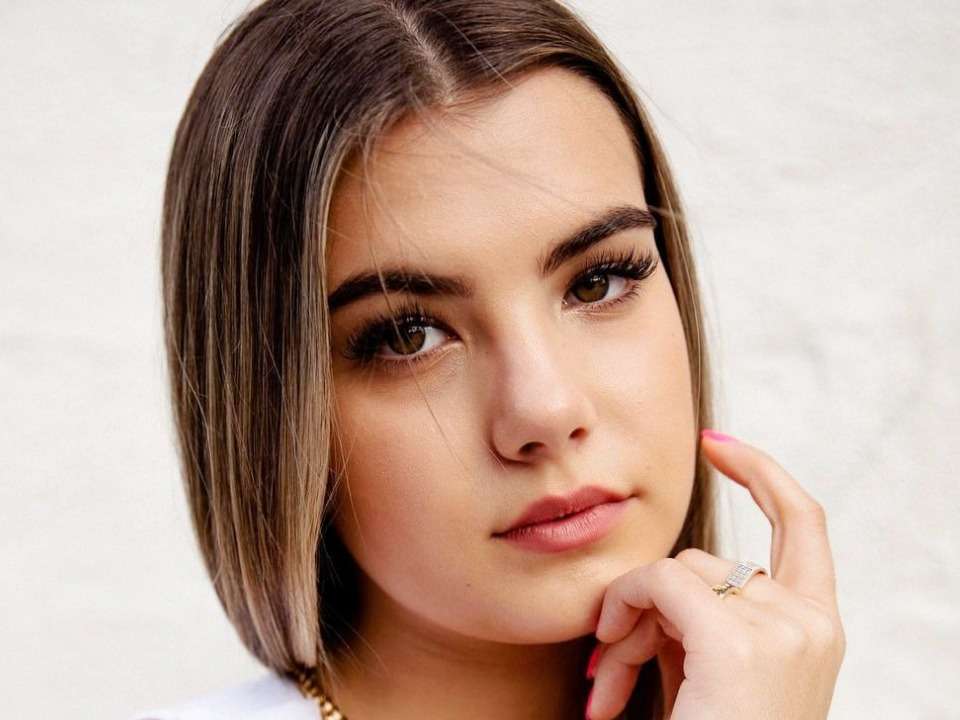 Sarah Jade Bleau is a Canadian TikTok star famous for her dancing and content videos posted by her on her social media handles. She handles all her accounts herself and has won millions of hearts along with immense love and blessings. Her fans are crazy about her that they compile all her short videos and post them on YouTube and Instagram with loving captions. She has earned herself opportunities of working with already very famous TikTok stars such as the Lopez Brothers. Despite being so young and a very recent newcomer she has made her fate here.

She is an Aquarian as she was born on the 4th of February, 2001 in Canada. She has attended Rice Lake Public School for her schooling and later attained graduation from Rosemere High School in Canada. Sarah still resides in Canada with her family, however, she has not revealed any information about her family including her parents, yet once her dad was sighted in one of her videos she posts on TikTok. She is a great dancer since childhood and has performed in the Final Battle Round of Kiff Your Style in 2017 which can be seen on YouTube.

Sarah is a very young TikTok star and a content creator. She is majorly famous for the dancing skills that she showcases in her TikTok videos. Before gaining fame on TikTok she was seen in Kiff Your Style’s Finale Battle Round in 2017. She joined TikTok in April 2020 and started posting her dance and other creative content videos which hit over 68 million hearts on TikTok.

Despite being a very fresh newcomer she managed to gain a great deal of fame in very few months having over 4 million fans on TikTok. One video in which she can be seen dancing like a robot was her trending video of all time which played a huge role in multiplying her fans so much and gaining the fullest form of love and support from people along with other TikTok stars. She has been associated with various TikTok stars including the Lopez brothers, Ondreoz and Tony.

Bleau is obviously available on TikTok with the username @sjbleau as she gained these fans and fame through it. She has recently crossed 4 million fans on TikTok and her content dancing videos are seen to hit 68 million hearts. She is also available on Instagram under the name of @sj.bleau with more than 1.6 million followers, plus on Twitter with around 10.1K followers.

Sarah is just another normal teenager leading herself to the ordinary path of life by completing her formal studies. However, she has not stated anywhere that she is dating someone at the point. She might have had some relations in her earlier teen years but still, no information is confirmed regarding her love life.

Sarah is a young budding TikTok star and despite being just 19 and an extremely latest newcomer in this field she has earned herself millions of fans on all digital platforms through her skills and content. However, being a fresh star in the industry her net worth is yet to be estimated but there’s no doubt that she has garnered herself a huge deal of fame in such a short period of time.