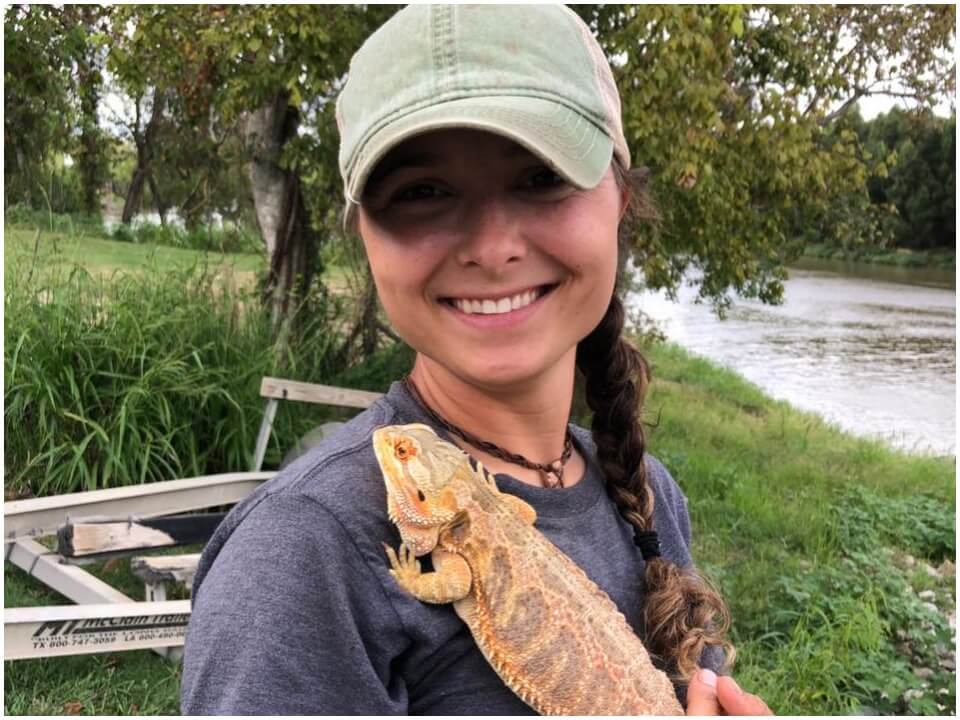 Pickle Wheat is a young, talented, and fearless American Gator Hunter. Since her family has always been into the gator wrangler business, she also decided to become a part of the same. Immediately after appearing in the Swamp People, she gained huge exposure and became one of the popular faces of the show.

Pickle was born on 21st September 1995 and bought up in Poydras, Louisiana. The name of her father is Eddie Wheat while her mother is Missie Wheat and her brother is James Wheat. She grew up working in an alligator wrangler business. Pickle may be currently studying in High School but the information about his education qualification has been kept private. Since her family has always been in the animal kingdom business, she has great knowledge about many wild animals as well. If we discover any news or update regarding her that you should know, then we will update it over here. Talking about her interest in alligator hunting then she started it when she could walk and it was her father who taught her gator hunting.

Pickle is popularly known as gator wrangler. As she got it from her parents, her great-grandfather was one of the original alligator hunters in St. Bernard Parish. She grew her career in hunting alligators as she started hunting when she was able to walk. Pickle is now a professional hunter and apart from hunting she also helps with the family business making duck and turkey calls. She appeared as one of the leading casts on a History channel, series named Swamp People Season 12. The show tells us about the locals of Louisiana living in the Swamp of Atchafalaya River Basin and their encounter with alligators along with the challenges faced by them.

Pickle has a profile of hunting alligators; there are really not many controversies about her. She prefers to keep her profile clean and as a gator wrangler. Her personal life has been kept private and away from the media. Pickle is very close to Troy Landry in fact she considers him her second dad. It was quite a unique experience for her to be one of the leading members of the Swamp People. However, she doesn’t like to eat the alligator’s meat because they cook it completely differently. She is quite unaware of if she is going to be a part of the next season or not but she will definitely be interested to appear again if the opportunity presents itself. Pickle is all set to return to national television and preparing to showcase her talent in Swamp People Season 14.

Pickle is dating a medical technician Joshua Kipples and they are expecting their first child daughter as well. Pickle announced this good news via her Facebook post and said “Baby Kipples coming May 2023”. In the past, Pickle was in a relationship with her co-star in October 2020 and they officially announced their relationship on Facebook. However, the pair parted ways and decided to go separate ways and they both deleted all the posts from Instagram.

The net worth of pickle wheat has not been shared with the media as the information has been kept private. In Louisiana, swamp people usually earn around $20-$40K for killing an alligator, however, the sources say that the price has been dropped due to overseas competition. She will earn as her work is now a part of reality TV series named Swamp People.