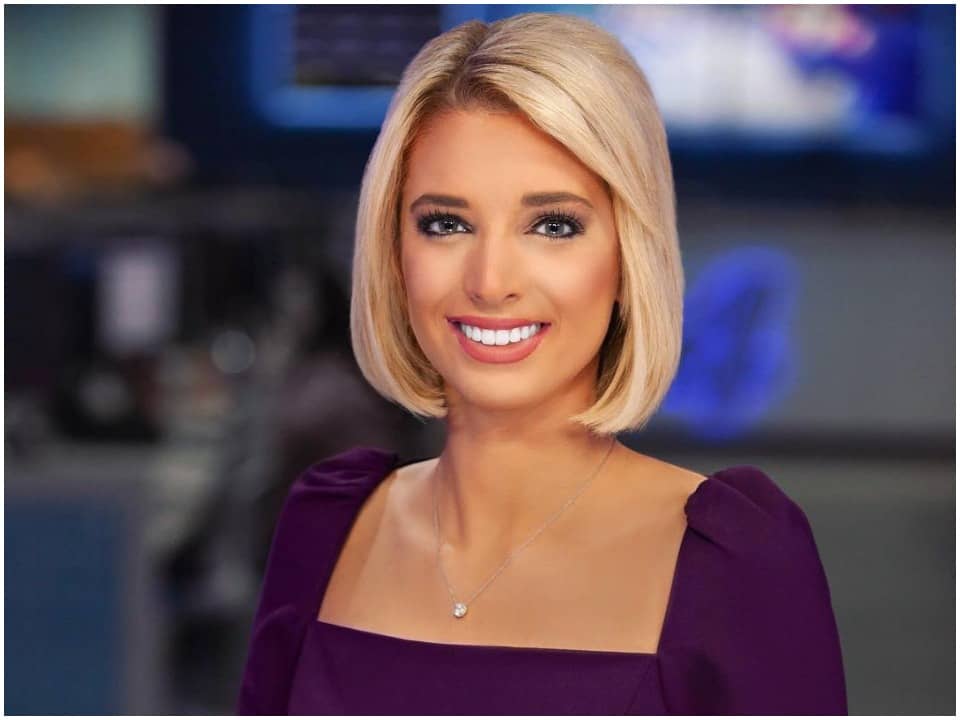 An American reporter and a fantastic anchor, Peyton Yager. She believes in working hard to achieve success in life. She is an independent woman who dreams to live her life with fame and luxury. Currently, she serves at KFOR-TV. She got committed to the channel in March 2019. Prior to that, she served at KNWA-TV and NBC affiliate.

Peyton Leigh Yager was born on 19th September 1994 in Friendswood, Texas, USA. As she appears to be reserved, she hasn’t disclosed the information regarding her family yet. Ever since childhood, her family used to check out news in the morning as well in the evening. That’s how she developed an interest in the news but things really turned for her once her family trapped in Hurricane Rita back in 2005. Due to evacuation, they had to sit in the hotel lobby and watch television for news updates.

Peyton kept watching their fierce reporting and impressed with their bravery and decided to go for reporting. She went to Friendswood High School and later attended The University of Texas at Austin, where she graduated with a double major in Broadcast Journalism and Political science.

Peyton discovered her interest in media and wanted to lead a successful career in the same. While she was in college, she served as an intern for several firms. Her internships include KXAN NBC Austin during the 2016 presidential election and Texas Governor Greg Abbott’s Press Office. Before shifting to Oklahoma, she served at KNWA, an NBC affiliate in Arkansas. There she worked as an MMJ reporter and eventually moved to weekend anchor, producer, and senior reporter. Later in 2019, she joined the KFOR news team in Oklahoma. Last year she spent in the sooner state was dedicated to sharing the stories of Oklahomans deeply affected by the COVID-19 pandemic, while pressing politicians for answers. In March 2021, she was honored to learn her dream of joining the FOX 4 team was coming true.

Alongside being a media personality, she is very much interested in playing volleyball. During her high school days, she was a member of the Woman’s team named AVA of Texas – 17 Team Rox. Where she was coached under the guidance of Jerry Aldridge and Kelly Beck. Her sports highlights are 0.366 hitting percentage, 15 blocks, 8 aces, 51 digs, 149 kills, and 0.1 aces per set. In 2016, they won over Dawson, where Yager tried to make most of it. Moreover, Friendswood, the no.2 ranked team in Class 4A improved to 25-4 overall and 4-0 in district matches. Her coaches praised her for being a consistent player and further added that Yager’s involvement in offense only helps Friendswood’s versatile attack.

There is no precise information available regarding her marital status or dating life. Clearly, she has been keeping her personal details away from the media. There are no insights regarding her past relationships. For time being, we assume that she is single and in search of her life partner.

Journalist Peyton earns a huge fan base through her good looks and talent. She gained around 6480 followers on her Instagram account @peytonyager. She usually posts her pictures with his friends and family. Glancing her Instagram feed, we can clearly see that she is a dog lover. A year ago, she adopted a dog from a shelter in Guthrie, Oklahoma, and named him Maci. While on her Twitter account @peytonyager, she carries 7052 followers.

As a news anchor in the USA, Yager must be making a good amount of income from her profession. Peyton must have earned a lot from her Journalism career and has also worked as an intern for many political figures. According to sources the details about her net worth have not yet been shared with the media yet. Some other sources of her income are from sponsors and by attending various events.