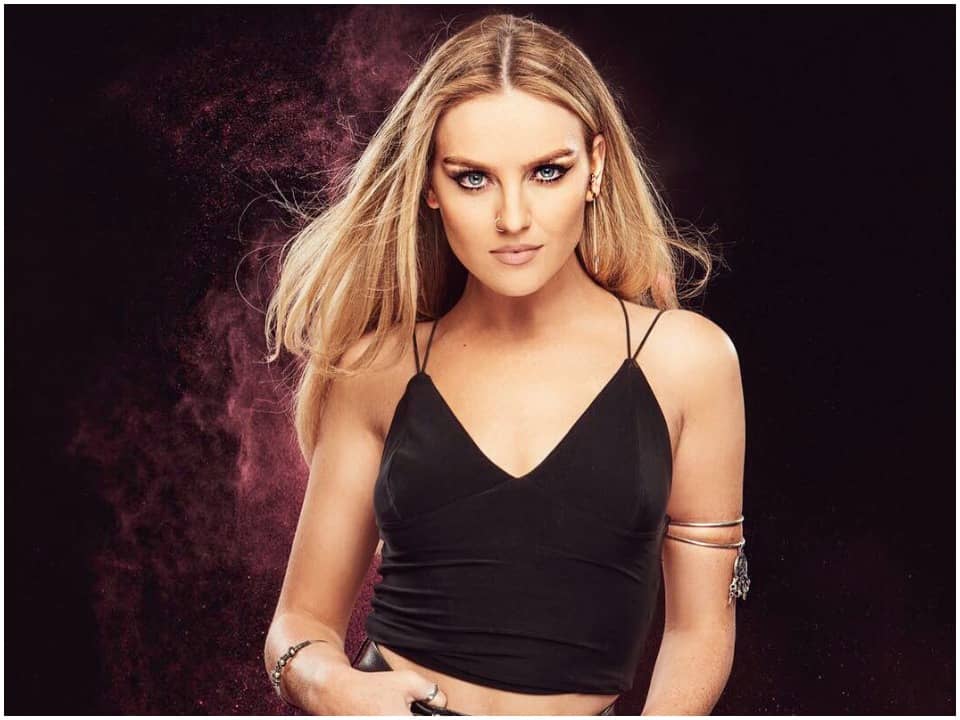 Perrie Edwards is a young beautiful English singer and a member of the British girl group Little Mix which was formed in the eighth series of the X Factor in 2011. She is the youngest member of the group and has a huge fan base all around the world. She plays the role of a songwriter and singer in the group. Perrie is pregnant and is preparing to welcome her first child.

Perrie Louise Edwards, popularly known as Perrie Edwards was born on July 10, 1993, in South Shields, in Tyne and Wear, England. She is the daughter of her mother Deborah “Debbie” Duffy and her father Alexander Edwards who both were singers. Perrie’s parents divorced when she was young and have an older brother named Jonnie Edwards and a half-sister named Caitlin Edwards. As a child, Perrie attended Radipole Primary School in Weymouth, Dorset. She then attended St. Peter and Paul RC Primary School and Mortimer Community College in South Shields. She then transferred to New Castle College where she received a BTEC in Performing Arts. As a teenager, Perrie lives in Hamilton, New Zealand for two years.

Perrie initially auditioned on X Factor by singing “You Oughta Know” by Alanis Morissette. She was then placed in a group called Faux Pas along with Jesy Nelson whereas Jade and Ann Pinnock were placed in a group called Orion. Both the group failed to progress and eventually, the four were brought together, and on October 28, 2011, they were announced as a new girl group named Little Mix. Little Mix was the first group to be announced as winners on December 11, 2011. Perrie has released 6 group albums like DNA in 2012, Salute in 2013, Get Weird in 2015, Glory Days in 2016, LM5 in 2018, and Confetti in 2020.

In 2019, Perrie became the new face for the Italian brand Superga and released her first deigned collection of shoes. She became the first female ambassador for the brand “Supreme Nutrition.” in 2020. She was also revealed as a new face of Nando’s which is a food franchise and also appeared in their advertisements. In 2020, one of the bandmates Jesy Nelson decided to quit Little Mix due to her mental health issues while the other three still continue to be together. They are expected to disband soon as two of the members are expecting children.

In the recent buzz, it was seen that Perrie Edwards shared her picture on Instagram with a little baby bump revealing that she is pregnant with her boyfriend Alex Oxland Chamberlain. The pregnancy news was supported by the former Little Mix bandmate Jesy Nelson and Jade who revealed that she considered herself as the luckiest auntie. Jade and Perrie’s co-star Leigh Ann Pinnock herself revealed her pregnancy a few days ago.

Perrie Edwards started dating singer Zayn Malik in May 2012. The couple got engaged in 2013 but broke up and called off their engagement in August 2015 after Zayn cheated on Perrie. In August 2017, she started publicly started dating English professional footballer Alex Oxlade Chamberlain. The couple is living happily together and is expecting their first child together.