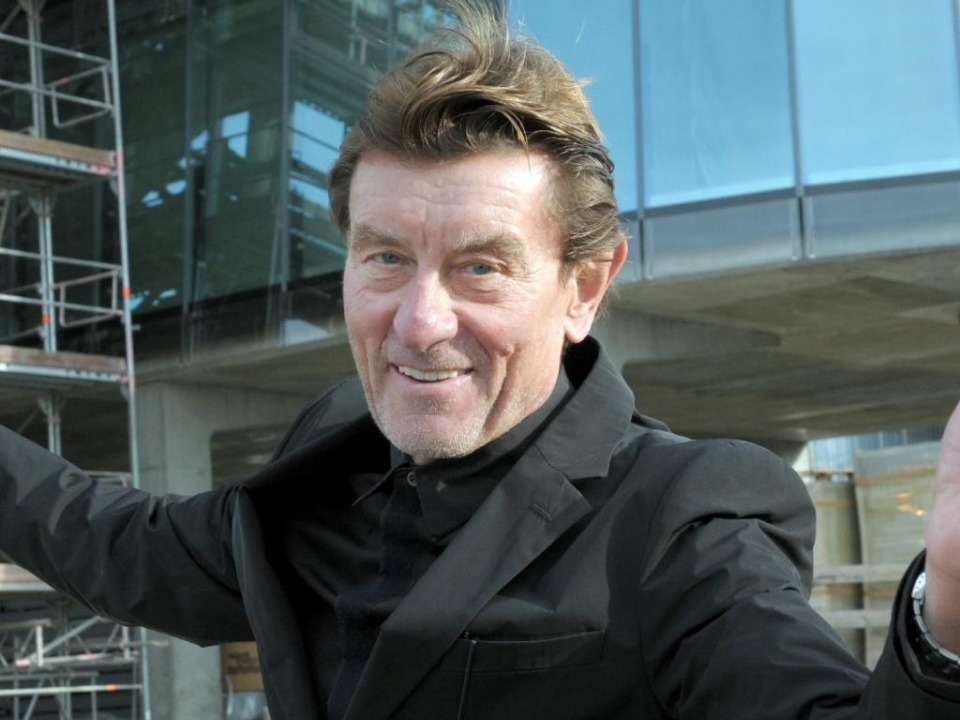 Helmut was born on the 4th of January 1940 in Zirndorf, Germany. He has not revealed much about his parents and family and their names are also unknown. While he was growing up, he witnessed the redevelopment of the city which was destroyed by Allied bombing, and since then was intrigued by architecture and buildings. He was fluent in German and English languages. Helmut has not revealed much about his early education background but it is believed that he completed his high school education from Zirndorf where he grew up but the exact name of his school is unknown.

Later, he got inspired by the reconstruction of his city, and to pursue higher studies, he went to attend the Technical University of Munich in 1960 to study architecture. He graduated in 1965. In 1966, he moved to Chicago to study further and attended the Illinois Institute of Technology. He did not complete the degree and left the college before graduating. He has not disclosed any other qualifications he might have had.

Helmut started his career in architecture as soon as he graduated from university in Munich. He started working under famous architect Peter C Von Seidlein based in Munich in 1965. He left his place of work to move to Chicago and study architecture further. Helmut did not complete the degree course at Illinois University and instead started to work under Charles Francis Murphy’s architecture Firm called C.F Murphy Associates in 1967. He kept working with the firm for several years until he was appointed as the Executive Vice President and Director of Planning and design in 1973. Later in 1985, his partner Murphy died and Jahn was the only partner left.

He renamed the firm Murphy/Jahn even after the death of Murphy. He ran the firm under the name till 2012 until he finally changed the name to JAHN. Helmut was highly inspired by the work of Ludwig Mies Van der Rohe. He soon became the eight-member of Chicago seven, a group first generation of a postmodern group of architects, and became famous and highly reputed in the year 1985 after he built the State of Illinois center known as James R Thompson Centre in Chicago. He soon came to be known as “Flash Gordon” of architecture.

Helmut expanded his firm from Chicago to Berlin and Shanghai During years, he built various buildings and architectural projects like Kemper Arena in Kansas (1974), the Michigan city public library in 1977, Imperial Bank tower in California (1978), the Chicago Board of trade in 1982, O’Hare L Station at the O’Hare international airport Chicago in 1984, one Liberty place in Philadelphia in 1987, Cityspire in New York (1987), 50 West Street New York in 2017, Japan post in 2012 and Laptop Plaza in china to name a few.

Helmut was in news and media attention recently in May 2021 due to the tragic incident of his death on 8th May 2021 at the age of 81 due to a bicycle collision with two vehicles at the Campton Hills near his house. He went on a bicycle ride on Sunday afternoon on the Old Lafox Road on the Campton Hill where at the T-point, he failed to see the stop sign and collided with two vehicles headed down the road one of which was a Silver Chevrolet Trailblazer SUV and other was a Hyundai sonata which was headed the opposite way. He met with the accident and died on the spot where the accident occurred while other people involved only suffered minor injuries.

Helmut has not revealed much about his personal life but is known to have been married to ex-wife Deborah Anne Lampe. The couple started dating back in the 1970s and got married but later they got divorced. He had a son with his her but his name has not been revealed. Jahn was also a grandfather to two girls of whom he shared pictures on his social media but their names have not been revealed. He is a great lover of Yachting. He was known to have owned three yachts in the 1990s and named them Flash Gordon.

Helmut worked for several decades as a professional architect and built several well-known and successful projects all over the world. He gained a huge reputation and respect for his work He also earned a lot of wealth throughout his career through which he managed to live a luxurious lifestyle. His net worth before his death as of 2021 is estimated to be around $30million.