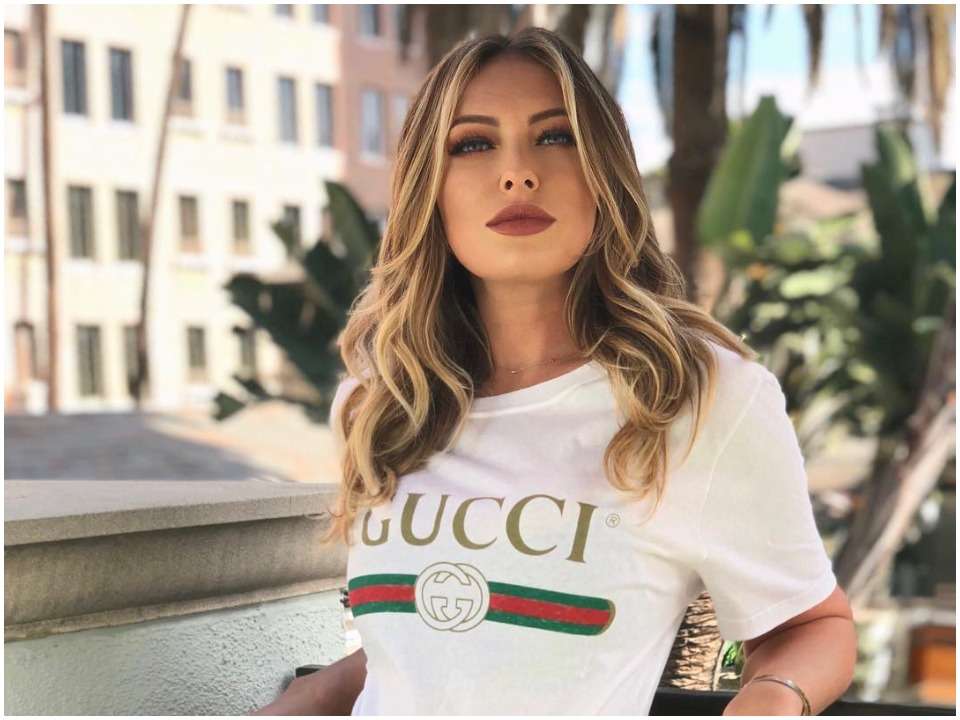 Paulina Gretzky is an American model, singer, and actress. However, she is probably best known for being the partner of professional golfer Dustin Johnson. She rose to recognition due to her appearances in films, entertainment, and on the ramp walk also. Again she came in news recently while she was supporting her fiancé Dustin Johnson in contention at the 2022 Masters

Paulina Gretzky was born on December 19th of 1988 in Los Angeles, California USA to actress Janet Jones and hockey player Wayne Gretzky. She is the granddaughter of actor Walter Gretzky. Paulina moved with her family to New York when her father started playing for the New York Rangers. She is a well-recognized persona who has worked in a variety of fields throughout her life. Paulina has four siblings in total: one sister and three brothers. Emma is her sister, while Tristan Gretzky, Ty Gretzky, and Trevor Gretzky are her brothers. Regarding her education, she has finished her schooling at Nightingale-Bamford School, New York City. And after this, she decided not to enroll in college. So that, she could focus on pursuing a career in the entertainment industry.

Paulina has begun her career as a singer. She performed her first song, “I Will Remember You”, by Sarah McLachlan. Paulina’s performance was held live at Heritage Classic in 2003. She has also had the honor of performing the Canadian National Anthem at the Hockey World Cup in 2004. It was held in Toronto, Canada. Moreover, she published a new song called “Collecting Dust” in 2006. It was aired on MTV’s Laguna Beach: The Real Orange County. Paulina isn’t particularly active as a musician or singer these days.

Along with her musical career, Paulina focused on modeling too. Paulina’s sensual photographs on social media first drew greater attention to her. In 2005, she made her modeling debut. Later, she received lots of modeling offers and contracts. Paulina even appeared on the cover of the August publication of ‘Flare Magazines.’ Likewise, she appeared on the cover of “Golf Digest” in 2014. Paulina’s career took off once she entered the entertainment industry. Following the success of her modeling career, she then began working as an actor too.

She is a very frequent user of social media sites such as Instagram and Twitter. Her Instagram account has a total of 1 million followers. The beautiful actress and model don’t appear to enjoy uploading many images on her social media accounts as she has only a few postings so far. Her Twitter username is also @PaulinaGretzky. Paulina has appx 245.1 thousand followers on her Twitter account as of 2021. And later she joined Twitter for the first time in March of 2009.

In terms of her personal life, Paulina had an affair with Jarret Stoll in June of 2012, according to some sources. He was an ice hockey player. However, there was no official confirmation from their end regarding this. Paulina then appeared to be dating Dustin Johnson, an American golfer, in January 2013. And after a short period of dating, both of them decided to get engaged by exchanging rings on August 18, 2013. The couple is the parents of two children. On January 19, 2015, this couple had their first child, a boy named Tatum Gretzky Johnson. Then, on June 12, 2017, both of them welcomed their second son, River John Johnson. Currently, they live together in Los Angeles with her partner and 2 sons.

Paulina’s net worth hasn’t been publicized. Though, a few web stories have estimated it to be approximately $5 million. Her modeling and acting careers provide her with most of her money. Her partner’s net worth is appx $50 million and he amassed his fortune mostly via his professional golf career.