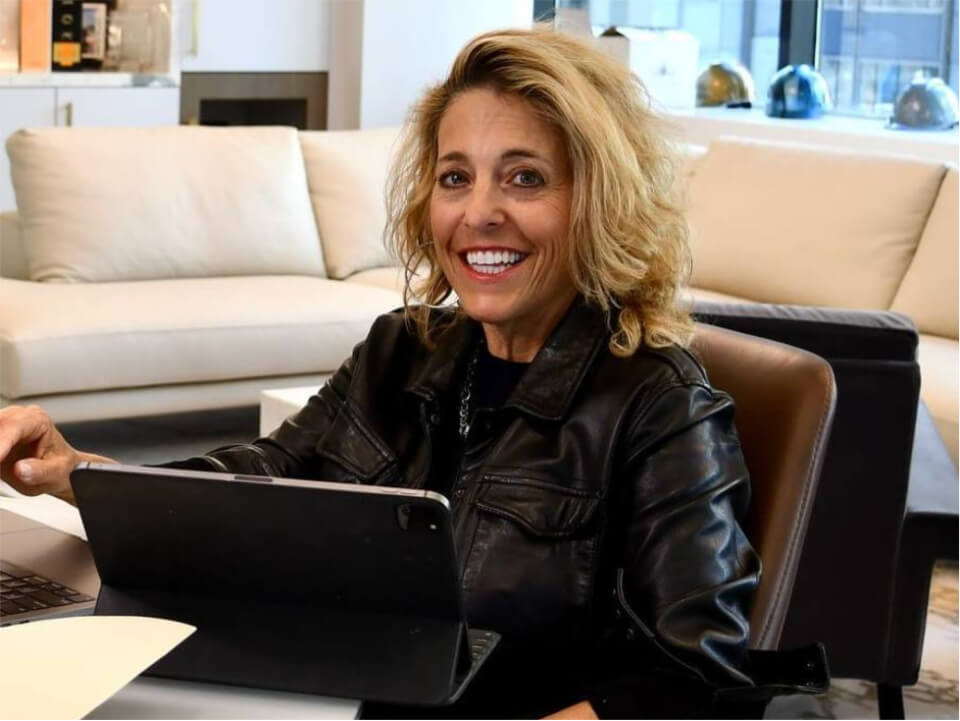 Pamela Liebman is an American real estate personality who is the President and CEO of The Corcoran Group which is New York City’s large rental brokerage firm. She has also made an appearance in Netflix’s documentary named Buy My House which revolves around the purchase and sales of properties located in the United States. In January 2019 she was listed as Top 50 Most Powerful Women in New York and in January 2021 she was named Notables in Real Estate.

Pamela Liebman was born on 7th April 1962 in Staten Island, New York. The names of his parents have not been shared with the media yet. She grew up with an older brother and younger sister but the information about them has not been shared yet. Along with that, she spent her childhood closely with her family. Pamela has completed her high school education but the detail about the same have not been shared. Later she went to the University of Massachusetts Amherst to pursue higher education. She also enrolled herself at the European Business School of London.

Pamela started her career with The Corcoran Group in the Greater New York City area. In January 1984 she was seen working as a Real Estate Agent. After two years she was seen working as a Senior Managing Director in a Downtown Office. Later in January 1990, she was seen as their partner. In January 1995 she was seen as President and Founder of Corcoran Group, where a new development sales and marketing division was set up. Later in January 2001, she was appointed as the President and CEO of the same firm.  After being the CEO, she acquired The Sunshine Group in 2002 and created Corcoran Sunshine Marketing group which was recognized as the premier industry leader in luxury residential development.

In 2022 she is in the limelight as she will be soon seen in a Netflix documentary named “Buy My House”. The show revolves around homeowners from across the US who will try to cut deals with real estate tycoons who are looking to buy their properties. It is hosted by Nina Parker of E! and is released on 2nd September 2022. She worked alongside Atlanta Falcons linebacker named Brandon Copeland, Redfin CEO Glenn Kelman, and financial property specialist Danisha Wrighster.

Pamela is married to her husband named Michael Krause. Michael is currently working as a Chiropractor.  The duo used to play golf together and later on started dating. After some time, of dating, they tied the knot and are living in New Jersey. The duo is blessed with two daughters whose names are Tori and Dylan.

Pamela Liebman has earned a lot in her career as the President and CEO of The Corcoran Group which is a real estate company to which she has been dedicated for more than 35 years. According to sources she made fortune working with them and now has a net worth of $25 million. Along with that she also earns through various brand endorsement deals and attends events as an important guest.