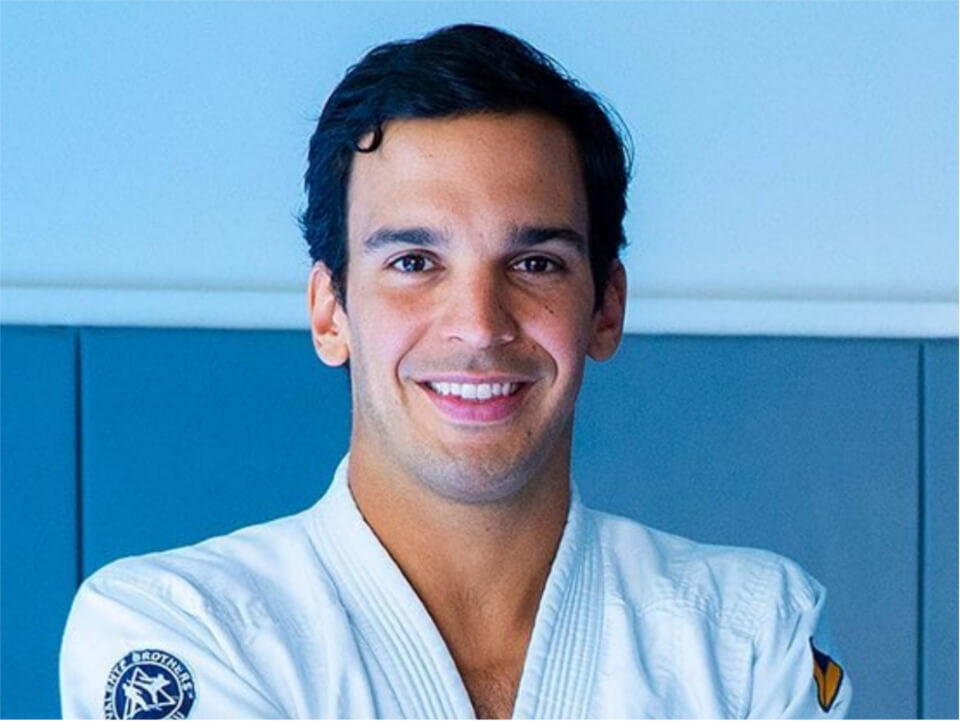 Joaquim Valente is a Brazilian jiujutsu instructor who runs the Valente brother’s martial arts training along with his brothers. The three brothers are well-known for their skill and expertise and have made their name in the field of martial arts over the years. He suddenly came into the spotlight after his name was disclosed as the rumored boyfriend of Gisele Bundchen.

Joaquim Valente was born on 6th November 1988 and grew up with his brothers Pedro and Gui Valente. The brothers have been learning jiujutsu from grandmaster Helio Gracie who has been training the Valente family members for the past 67 years. His grandfather Syllo Valente and his brother Eliezer Valente were the first to start practicing jiujutsu. Syllo was a homeopathic doctor who enrolled his son Pedro Sr in Helio Gracie’s jiujutsu. Joaquin is known to have completed his high school graduation from 1990 to 2007 from Rio de Janeiro after which he went on to attend college at Barry University in Miami. He graduated in 2011 with a degree in criminology. Meanwhile, he along with his brother took training in martial arts at Gracie academy in Rio de Janeiro.

Joaquim runs a jiujitsu school in Miami along with his brother. The three started learning martial arts when they were kids and reunited in Florida to open their jiujutsu school. Pedro was the first one to move to Florida and opened the school in 1993 after which Joaquin followed in 2007. Joaquim’s family has carried the art of jiujutsu for the past 67 years and now he along with the brothers is taking forward the legacy of his grandfather and father. His father was a grandmaster who also worked as a medical practitioner. His father was one of the well-known names for having served as secretary of health. Joaquin was trained by his father and also personally trained by grandmaster Helio and he also practiced striking and throwing techniques from high-level experts in judo and boxing.

Joaquim Valente played a pivotal role in establishing their jiujutsu institute in Miami and contributed immensely to developing the curriculum. The three brothers received a professor’s diploma from Helio Gracie which was their greatest achievement. The Valente brothers have now become a well-known name in the field of martial arts. Joaquin is often offered photoshoots and projects as well. The brothers teach various mastery classes to professionals as well as youth programs and programs for women’s self-defense. Joaquin along with his brothers provides jiujitsu training to various law enforcement agencies like the FBI, US customs, US Secret service, the Miami Police department, and many others. Their institute is deeply involved in providing training assistance to the US military forces as well.

Joaquim is currently rumored to be in a relationship with supermodel Gisele Bundchen. The two were recently spotted on a romantic date in Costa Rica which spurred talks in the media. Gisele recently got divorced from Tom Brady and has two kids Vivian and Benjamin from her previous marriage. The two met for the first time in 2021 when Gisele did a photoshoot for Dust Magazine and learned martial arts from the Valente brothers. She also uploaded a video of her training session with Joaquim. She later started taking regular sessions and also signed up her kids for martial arts coaching.

Joaquim Valente is known to earn loads through the martial arts institute which he runs along with his brothers. As the institute is highly reputed in the US and also provides assistance to the Special Forces and military, the income is estimated to be handsome. His personal net worth can be estimated to be around $ 1 million.