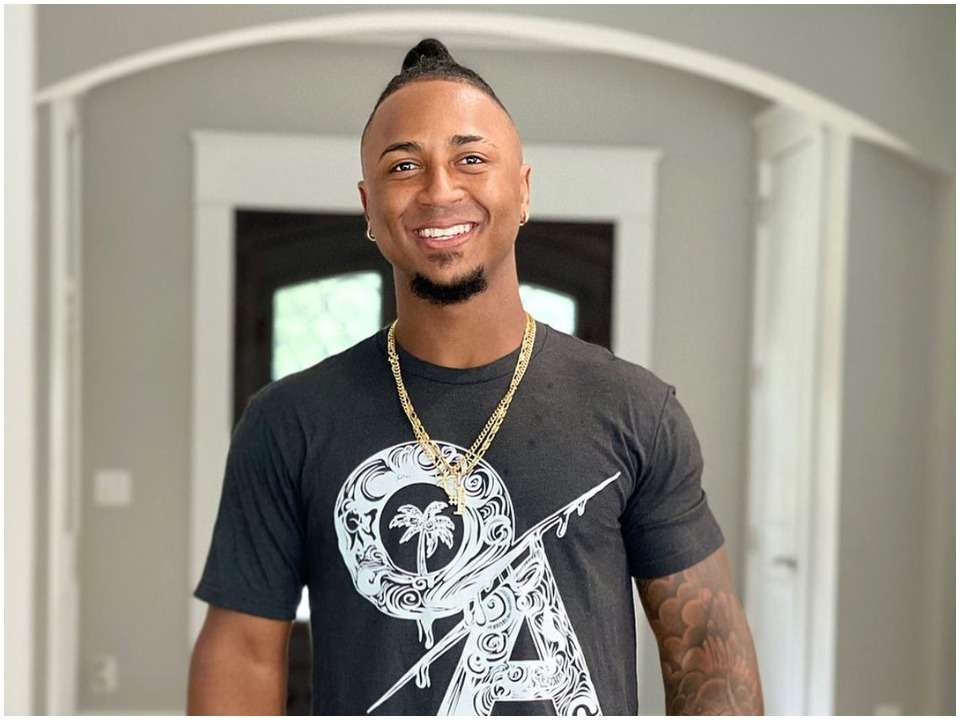 Ozzie Albies is a professional baseball player who plays for the Atlanta Braves of MLB. He made his contract with the Braves organization in 2013 and later, made his debut with MLB with the same team in 2017. During his first full season, he was honored with the title of 2018 Major League Baseball All-Star Game. In 2019, he won the title of the National League Silver Slugger Award for being the second basemen.

Ozzie Albies was born on 7th January 1997 in Willemstad, Curacao to his parents named Osgarry and Judari. His father died in 2013 due to a heart attack while being at the age of 40. Albies is the elder of all the kids born to his parents. He has a younger brother named Zhhihir, and a younger sister named Jeanalyn.

Albies made his professional debut in 2014 when he started playing for Gulf Coast Braves and joined the Danville Braves in July. He played almost 57 games in his professional career and made a hit of around .364/.446/.444 averages with the home run. After completing the season, he was named on the list of 100 prospects in baseball by Keith Law and also as best five in Braves by Baseball America. Albies was invited for the spring training in 2016 where he opened the season with the Double-A Mississippi Braves.

After appearing in almost 22 games with Mississippi Braves, he hit around .369/.442/.512 averages and was later promoted to Triple-A Gwinnett Braves on 30th April. Albies was again called for training at the start of the season 2017. He was called up later on 1st August when he made his debut with major league against the Los Angeles Dodgers. On 3rd August 2017, while his team stood against the Dodgers, Albies hit his first career home run for the major league.

Ozzie Albies is dating Andrea, aka Brazilian Miss for a long time and they together have been in news since the start of the year 2021. Ozzie is a Curacaoan baseball star who attained his MLB debut for Atlanta Braves on 1st August 2017. He was honored with the title 2018 Major League Baseball All-Star Game and National Silver Slugger Award in 2019. On the other hand, Brazilian Miss, Andrea is an entrepreneur behind “Brazilian Apparel”. She used to deal in the products that enhance the body’s natural movement and are based in Brazil.

Andrea has a dog named “Puchi”. She often seems to flaunt in her pictures on Instagram with almost 3.6 million followers. Brazilian Miss is in her mid-20s and her boyfriend Ozzie Albies is 24 years old. Andrea owes more than 100 posts on her Instagram account. She seems to be a fitness freak and used to share many pictures of her while doing the workout. She enjoys doing different workout routines including spinning, surf fitness, and many more.

Ozzie Albies made a contract with Atlanta Braves for the worth of $350,000. At that time, he was appointed as an international free agent. Later in April 2019, he made a seven-year contract with Atlanta Braves and earned a worth of $35million as the extension to remain with Braves. The deal further included the option to continue with the team for the 2026 and 2027 seasons. He has signed a contract with Braves where both the years made worth $7 million with almost $4 million of a buyout.