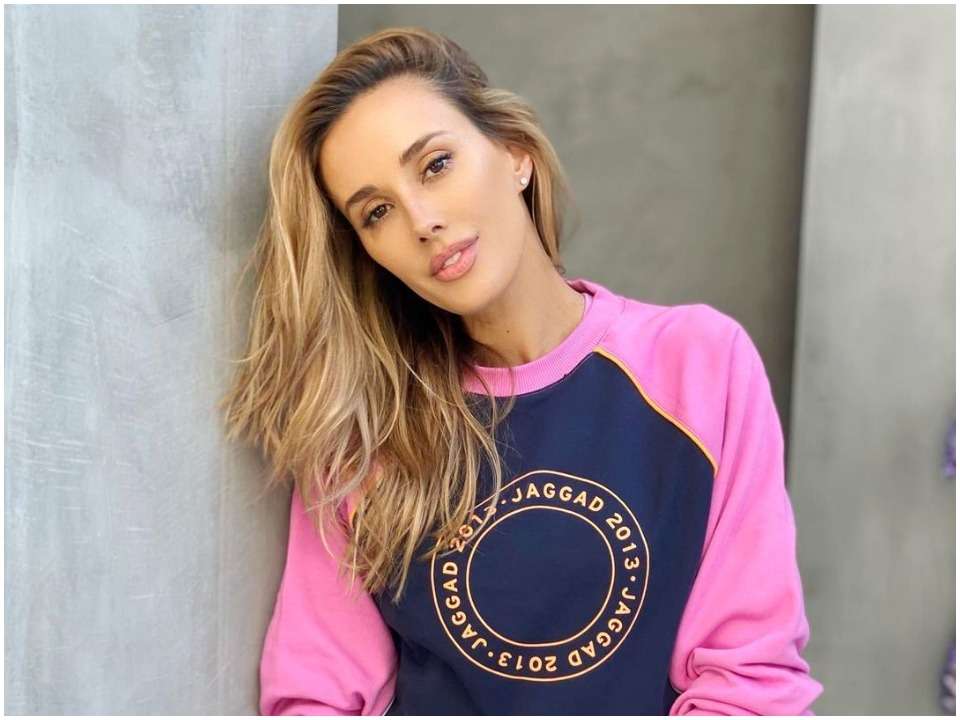 Rebecca Judd is an Australian model and a television personality famously known as the spouse of the Australian Football player Chris Judd. She is well known for her weather presentations on the Seven News channel and also as a health and fitness enthusiast.

Rebecca was born on 27th January 1983 in Perth, Australia to her parents Kerry Brown and Hugh Twigley. She grew up in the city with her sibling sister Kate Twigley who works as an executive service manager in TSA. Rebecca completed her high school education at Kent Street Senior High School in Perth and later, for her college education, she went on to attend the La Trobe University and completed her graduation in Speech and Language Pathology.

She started her career as a speech pathologist in 2008 when she started working in adult rehabilitation at the Alfred Hospital. Rebecca worked in her profession for a few years until she gained fame as the girlfriend of Chris Judd. She often attended events with Chris and got a lot of recognition on Brownlow Medal Presentation for her iconic outfit. Rebecca then started receiving media attention and started to get guest appearances on channels like Nine News. She also appeared as a news reporter for Melbourne Cup Fashion on Seven News in 2006.

She then got a permanent job as the weather presenter for the Seven News channel. Later, she also joined Nine News Network for the travel show Postcards in 2011. Rebecca also started working as a weather presenter for the network. In 2012, she started her fashion blog Rebecca Judd Loves where she started sharing about fashion and lifestyle. The following year in 2013, she tried her hand in business and bought the active-wear brand JAGGED and introduced various fashionable and trendy athletic wear pieces.

She worked with Nine Network till 2016 and left after she had her firstborn to spend more time. She then joined the KIIS network in 2017 as host of the show 3 PM Pick-Up and is also currently returning as a host in 2021. Rebecca is currently the Ambassador for several known brands like Myer, Klorane, Chadstone, The Fashion Capital, and The Skincare Company. She has also recently launched her new Swimwear collection with her brand JAGGED and has been promoting the line through her social media.

Rebecca was recently involved in a controversy in 2020 during Coronavirus Pandemic when she wore a t-shirt stating “Free Australia”. She also condemned the lockdown measures taken in Melbourne calling Premier Dan Andrews as Dictator Dan. She was also previously under media attention while she worked at Seven News Network and was often criticized for being extremely thin and was called Anorexic.

Rebecca is currently married to Chris Judd, a famous Australian football player. The two started dating in early 2007 and later got married in 2010. Rebecca moved to Melbourne after getting in a relationship with Chris. She is also a mother of four children named Billie, Darcy, Oscar, and Tom Andrew Judd.

Rebecca is highly active on social media platforms and on her Instagram account currently, she has 802k followers. She also has a Facebook page where she has a reach to over 96k people while on her Twitter she enjoys a following of 17k.

Rebecca is known to lead a luxurious lifestyle and resides in a $7.3million colonial house. She along with her Husband Chris earns a lot of wealth and their net worth combined as of 2021 is estimated to be around $10 million.