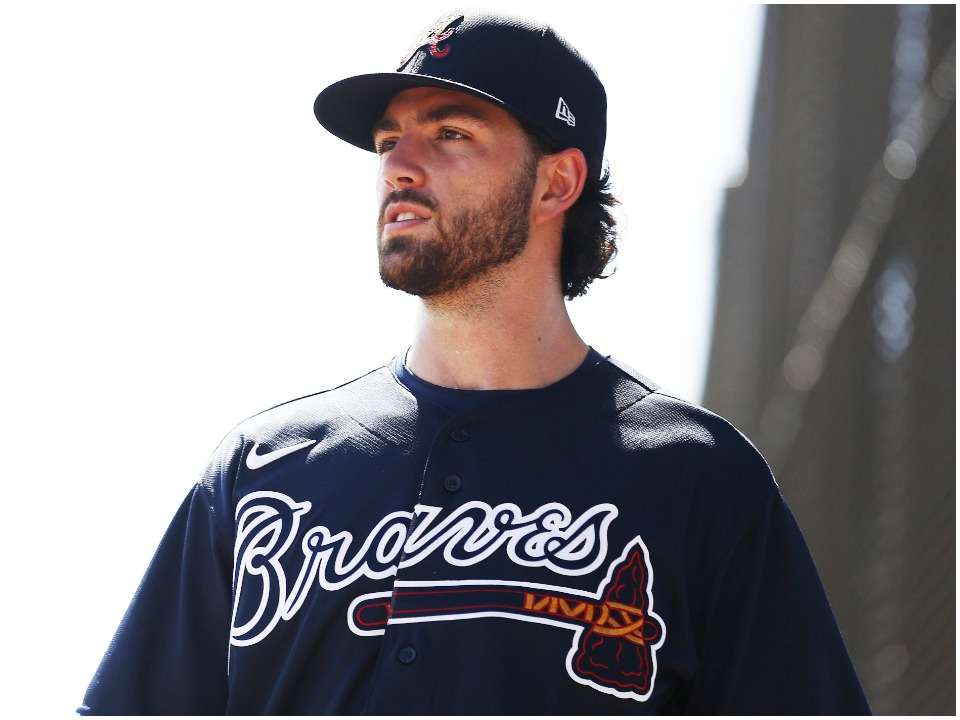 Dansby Swanson is an American professional baseball player who plays for the Atlanta Braves of MLB. Swanson went to Vanderbilt University and played college baseball there. Arizona Diamondbacks drafted him in the 2015 MLB draft although he was transferred to the Braces during the 2015-16 offseason. He made his professional debut with MLB in 2016.

Swanson was born on 11th February 1994 in Kennesaw, Georgia to his parents named Cooter and Nancy Swanson. He was brought up in Marietta with his two older siblings named Lindsey (sister) and Chase (brother). He belonged to a sports family where his father and brother both used to play college baseball while his mother played college basketball and tennis. Not only this, but Swanson’s sister is also a sportsperson. She is a well-established player of softball.

Swanson went to Marietta High School where he played baseball and basketball. As a child, he was one of the great fans of a professional sports team that was based in Atlanta at that time. Swanson played almost 22 games while being in his professional season with Arizona Diamondbacks and finished his season while scoring .289 averages with eleven RBIs, fourteen walks, and one home run. Later Braves invited Swanson to spring training and he accepted the invitation. He was sent to Carolina Mudcats for the sake of spring training and was later promoted to the Mississippi Braves on 30th April 2016 after he hit an average of .333/.441/.526 in 21 appearances. On 28th June, he appeared in the All-Star Futures Game. Soon on 16th August, the Braves announced that Swanson would be promoted to the major leagues. Later, he was assigned jersey #2 by his team.

Dansby Swanson is currently in a relationship with a rising American soccer player Mallory Pugh. However, this is not his first relationship with any girl. He has been involved in many relationships before this. At the time when Dansby was at Vanderbilt University, he met his fellow student named Kara Sheft who was a student of physical therapy. The two dated each other for a while but they broke up shortly after they graduated. Before dating Kara, he was dating another woman named Katy Huffman. They dated each other for almost two years before calling it a quit. Not much is known about Katy Huffman except that she was working as an advertising executive.

Dansby Swanson met his current girlfriend Mallory Pugh through a teammate known as Jace Peterson who is her brother-in-law and he introduced both the partners to each other. Soon, they started dating each other. Since 2017, Mallory and Swanson have been involved in a love affair. They often put up their images on Instagram. Once, Swanson wished Mallory on her birthday calling her “shawty”. The two also celebrated Christmas together.

Mallory’s full name is Mallory Diane Pugh. She was born on 29th April 1998 in Littleton, Colorado where she established her soccer career and played for US women’s national soccer team. She has also remained the star of the Chicago Red Stars. Like Dansby Swanson, Mallory comes from a family of sportspeople. She went to Mountain Vista High School located in Colorado itself. Pugh has played many games internationally since she was in middle school. She was intended to attend UCLA but instead, she chose to pursue her professional career in soccer right after high school.

At the time when Swanson was selected by Arizona Diamondbacks with the first overall selection, he made a contract with Diamondbacks receiving a signing bonus of $6.5 million. According to spotrac.com, his base salary for the year 2021-2022 is $10,000,000. Earlier to this, his minimal salary was around $6million.