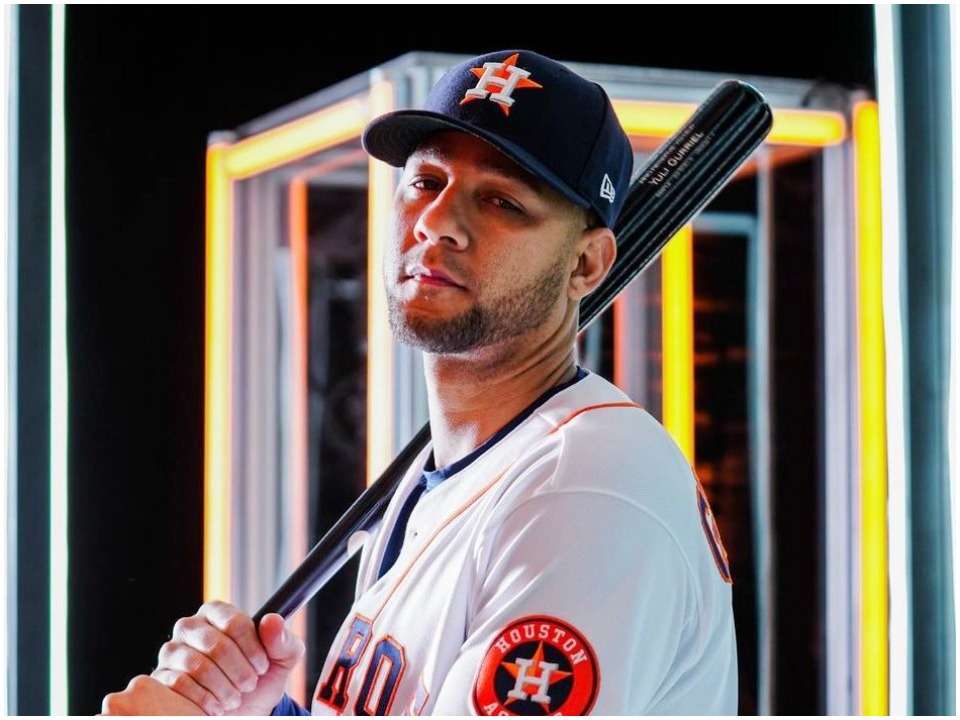 Yuli Gurriel is a Cuban professional baseball player who plays for the Houston Astros of MLB. Previously, he played for Sancti Spiritus in the Cuban League.

Yuli Gurriel was born on 9th June 1984. He has remained a former member of Cuba’s national team. He has also been a gold medalist in 2004. Yuli played shortstop, second base, and third base in the major leagues. He is the son of a former player who was also from Cuban named Lourdes Gurriel. Yuli Gurriel was nominated to be the best player in Cuba in 2006. At the World Baseball Classic in 2006, Gurriel was projected to be the first-round draft pick if he would have been eligible for the draft. He defected from Cuba in 2016. Later, he made his debut with the major league that year. In 2021, Gurriel won the American League batting title and became the second Cuban-born player to do so.

Gurriel played well during the season 2004-05 Cuban National Series leading to unified hits and runs. He dominated the whole season and made lots of RBIs, runs, and triples. Yuli made home runs of 27 which led to the league and was short of one for making the record of 28. He made his average score of .327 and slugging percentage of .676. Gurriel played for his Cuban career with Sancti Spíritus and Industriales of the Cuban National Series.

Gurriels performances made the national team win a gold medal in the 2004 Summer Olympics and the world cup baseball championship of 2003 and 2005. In the 2005 World Cup, he led the batters with eight home runs. He participated in a total of 15 games while being with the Astros in the minor league. Thereafter, he made his debut with the Americans in July while making a start with Gulf Coast Astros of Gulf-Coast League of Rookie-level and played for two games.

He was promoted to Lancaster JetHawks of California League. He played in a total of four games for Lancaster after which the Astros promoted him to the Corpus Christi Hooks of Class AA Texas League. Following the pandemic, he lost 15 pounds or 6.8 kg. Later, on 7th May 2021, he stood against Blue Jays and recorded four hits including one home run and four RBIs.

Yuli Gurriel is married to Lianet Barrera with whom he has two children. Lianet is just like Yuli who belongs to Cuba and is from the same town from where Yuli belongs. People often think of her to be his girlfriend and don’t know whether they have tied a knot or not. This is because; Yuli has kept his life private from the media outlets. However, Yuli seems to have an interesting love life with her recent wife Lianet Barrera. The baseball player is happily married and they have been in this relationship since July 2018.

On 11th May 2014, he made a one-year contract with Yokohama DeNA BayStars. He came into the team at midseason and batted for .305 with 11 home runs and 20 RBIs in overall 62 games. On 16th July 2016, Gurriel made a five-year contract with the Houston Astros with a worth of $47.5 million. On 29th September 2020, Gurriel was signed by the Astros with a one-year extension with a club option for 2022.