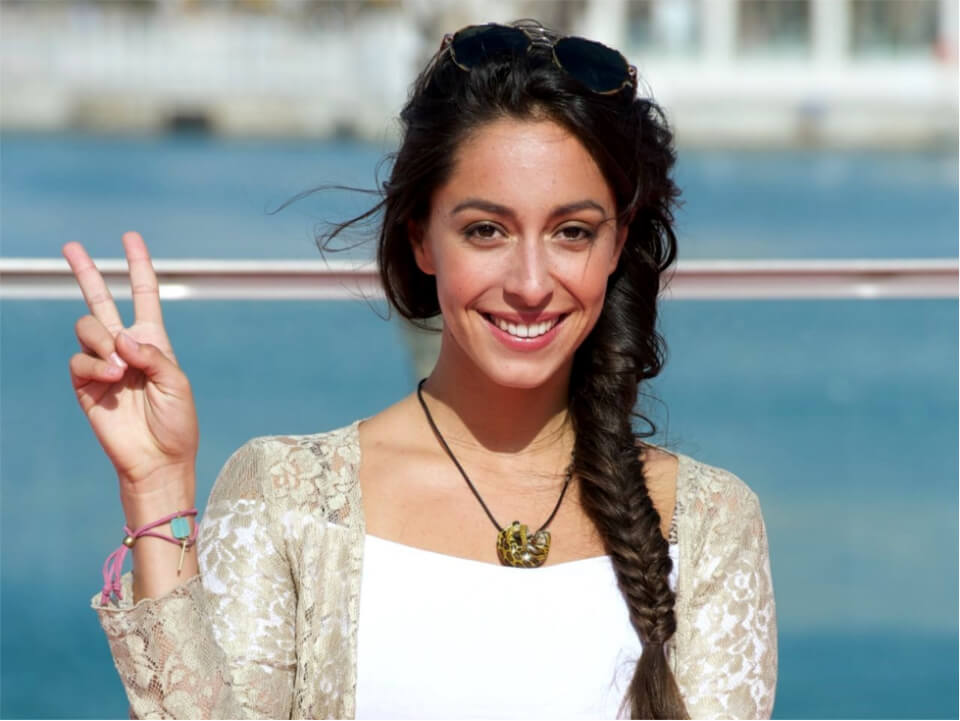 Oona Chaplin is a Spanish female actor and a granddaughter of an English actor, Charlie Chaplin. Many of her family members, including her great-grandfather Eugene O’Neill, belong to the entertainment world. Oona is best known for playing the role of Talisa Maegyr in the HBO TV series Game of Thrones and Zilpha Geary in Taboo. She was named Oona after the death of her maternal grandmother, Oona O’Neill Chaplin. She first acted in the TV Series Spooks.

Oona Chaplin was born on 4th June 1986, making her 36 years old as of 2022. She is the daughter of an English female actor, Geraldine Chaplin, and Chilean Cinematographer, Patricio Castilla. Before marriage, her mother had a relationship with the film director Carlos Saura, and the two produced a son named Shane. Chaplin’s grandmother was a Mapuche personality.

Oona had to travel from one place to another in her childhood because of her mother’s film career. She remembers her youth spent mainly in Spain, the United Kingdom, Switzerland, and Cuba. From a very young age, she had the courage and interest in the fields like dancing ballet, salsa, and flamenco. Not only this, she began performing these arts at a young age, as well.

Oona was only 15 years old when she enrolled at Gordonstoun School in Scotland on a drama scholarship. Eventually, she got the chance to appear in many school plays and got the opportunity to tour the United Kingdom in an adaptation of Romeo and Juliet. After completing her studies at Gordonstoun School, she was enrolled at the Royal Academy of Dramatic Art in London, where she graduated in 2007.

After graduating from RADA, Oona acted in British and Spanish short and featured films. Despite this, she has given support in minor roles for British and American television. She has performed a few of the featured parts in Married Single Other (2010), The Hour (2011–2012), Sherlock (2012), and Game of Thrones (2012–2013).

Oona played the lead roles in the films like The Crimson Field (2014) and The Longest Ride (2015). She also performed a featured role in the eight-part historical fiction series Taboo (2017), broadcasted on FX and BBC One. In June 2017, she got hired as a cast member in James Cameron’s Avatar sequels. In the film, she plays the character of Varang- a strong and vibrant central character who exists during the entire film sequel.

Oona is in the news because she is involved in the casting team of Treason- a British spy thriller, where Oona is playing a featured role- Maddy De Costa. She belongs to the family of Charlie Chaplin and has already got the buzz in Hollywood because of her small role in the new thriller Avatar: The Way of Water. Both of the films were released in December 2022. She has been making news these days (as of 28th December 2022) because she has been finalized as a cast member of Avatar 3 and Avatar 4.

Oona is available on Instagram with the name & verified tick @oonacc. Her account has more than 98K followers, with only 400 posts. She posts pictures of her friends and family and stays connected to various plant-based brands, as seems from her Instagram profile. She has given the link to the @theboafoundation on her profile supporting the nonprofit organization.

Seeing the pictures and other social media profile images, it can’t be said that Oona Chaplin is married or connected to someone in a romantic way. She is full of life, has a brilliant personality, and gives positive vibes wherever she goes. She has been flaunting in different dresses, places, and with other people on her Instagram profile, showing her smiles and distinctive looks.

Oona Chaplin’s net worth is estimated to be $7 million. She belongs to the family of filmmakers and the great actor Charlie Chaplin.