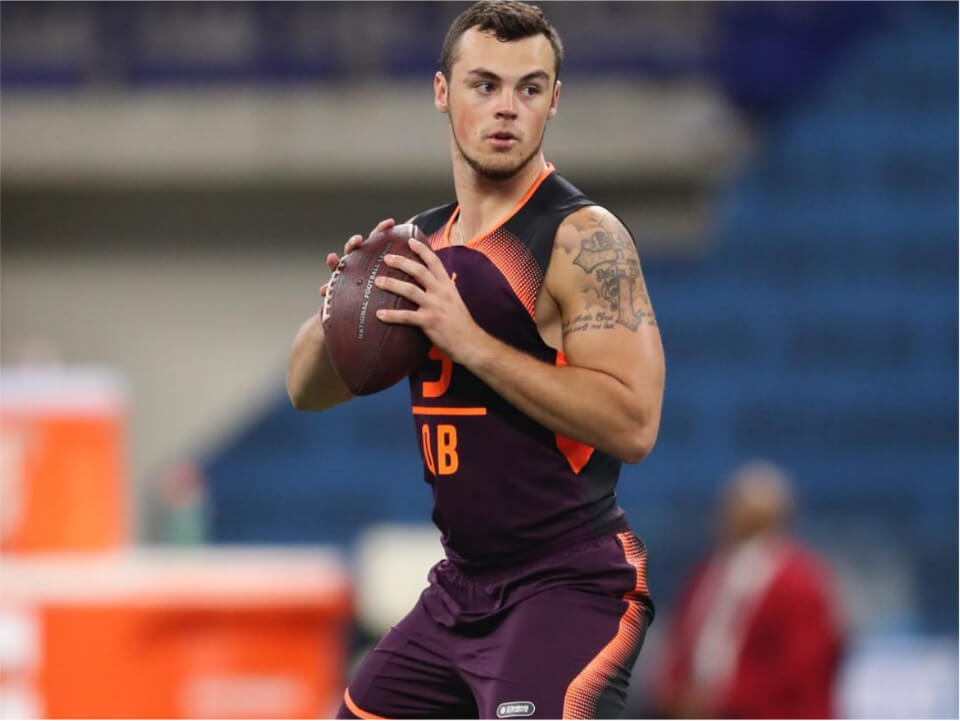 Trace McSorley is a professional football player for the American football team based in the Phoenix metropolitan area, Arizona Cardinals. He mostly lines up directly behind the offensive line as he plays as a quarterback.

Trace McSorley was born on August 23, 1995, in an American family. His nationality is American and he practices Christianity. He and his sister Micaela was born and raised by his parents Rich McSorley (father) and Andrea McSorley (mother) in Ashburn, Virginia, United States. As a child, he has seen his father and uncle, Jeff McSorley, play football at the University of Richmond and Marshall University respectively. He did his schooling at Briar Woods, a public secondary school located in Ashburn, Virginia.

He was interested in football from a very young age and so he started playing football in his freshman year. He led his team to the state championship. Later, he joined Pennsylvania State University where he became a part of the Penn State Nittany Lions team. In 2015, he played six games in his freshman year.

As he was graduating, he was automatically eligible for the 2019 NFL Draft. In the same annual meeting of the National Football League, he was drafted by the American football team, Baltimore Ravens. He made his debut in the 17th week against the Pittsburgh Steelers. After two years, in August 2021, he was waived by the Cardinals, and on September 07, he was promoted to the active roster. Recently, he was named the starter for the Cardinal’s week 16 matchup against the Tampa Bay Buccaneers.

Trace got engaged to his long-time girlfriend Kasey Morano last year. They are not married till now. Trace has been active on Twitter since 2011. His tweets are mostly related to the football news regarding him and his team. His account has 75.7k followers.

He joined Instagram in 2016 and over the years, he earned a massive following of 204k followers. His account mostly displays his pictures on the field and his pictures with his girlfriend, Kasey.

Trace McSorley has worked hard to create his name in football. He is one of the recognized players. His source of income not only includes being a footballer but also the income earned from brand collaborations on his Instagram account. His estimated net worth is between $5-$10 million.