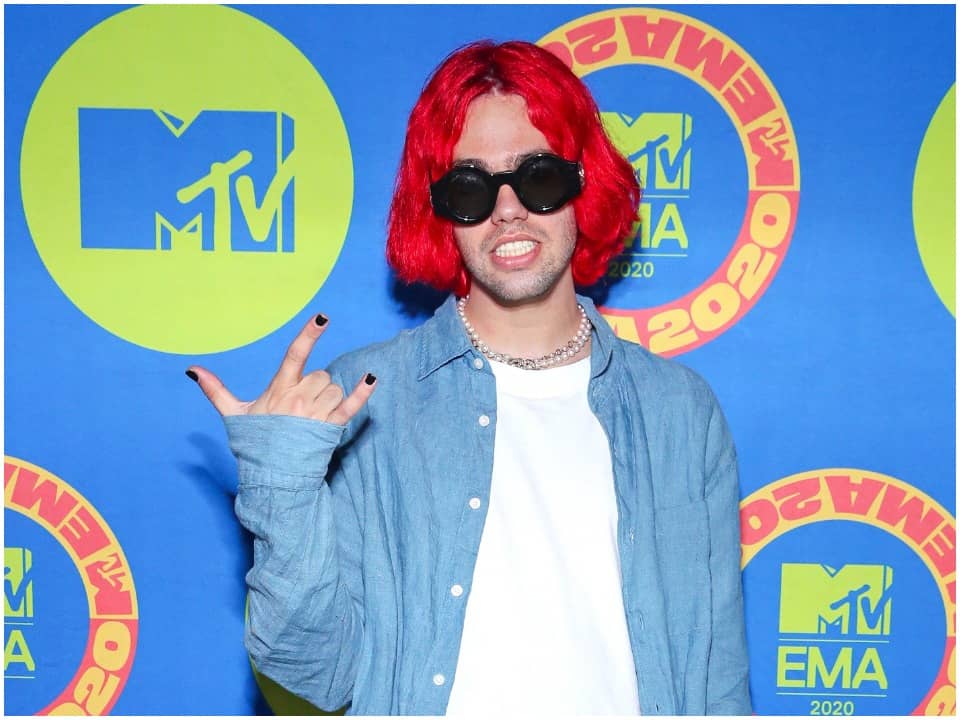 Omer Fedi is a Tel Aviv-based Israeli guitarist, songwriter, and producer. He has co-written, produced, and performed on 24kGoldn and Iann Dior’s “Mood,” Lil Nas X’s “Montero (Call Me by Your Name),” and Kid Laroi and Justin Bieber’s “Stay,” All of these songs charted at the top of the Billboard Hot 100. According to XXL magazine, he is one of the “best hip hop producers of 2020.”

Omer Fedi was born on 25th March 2000 in Tel Aviv, Gush Dan, Israel. Asher Fedi, his father, is one of Israel’s most skilled and well-respected drummers. From an early age, his father taught him to play the drums, but at the age of ten, he switched to guitar after being inspired by Drake Bell’s character in Drake & Josh. Fedi and his father went to Los Angeles when he turned 16 in order to pursue the field of music. Regarding his mother, there is no information available.

Omer Fedi enrolled at Calabasas High School in Los Angeles. When he joined his high school’s jazz group and his performances drew crowds from outside the usual parent audience. He competed at the Reno Jazz Festival in 2018 and won the “Outstanding Performer” title, beating out over 9,000 other competitors. Sam Hook, a songwriter, asked him the following year to work with him for a project.

In 2018, Omer Fedi began working as a professional guitarist. Ella Mai, a song by the Ella Mai (singer), was his first composition. Fedi started performing on Machine Gun Kelly’s COVID-19 lockdown session in March 2020, covering songs like Misery Business and Waiting on the World to Change. Fedi co-wrote, produced, and sang for 24kGoldn’s “City of Angels,” which was released on March 31, 2020. He produced Go! By the Kid Laroi with Juice Wrld, was released on June 12th. On the same day, Iann Dior’s I’m Gone, which Fedi produced and composed, was released. Fedi co-wrote and sang, Mood by 24kGoldn with Iann Dior, which was released on July 24, 2020, and reached number one and stayed there for 33 weeks.

Omer Fedi has more than 126 thousand followers on Instagram. And, he wrote in his bio as “Grammy-nominated loser”. He is very active on Instagram and makes frequent posts regarding upcoming events, life updates, etc.

Omer confirmed that is in a relationship with Addison Rae. She became popular being a tik tok star, she now has become a mainstream actress and starred in a Netflix series named He’s All That. Omer confessed his relationship recently by adding a story on his Instagram.

Omer is in controversy due to his confession of being in a relationship with Addison Rae, who rose to fame as a Tik Toker in 2019, who is well on her way to becoming a mainstream celeb. She’s started her own beauty brand, appeared on multiple late-night talk programs, and even started a singing career, in addition to having over 83 million Tik Tok followers. Rae also has a leading part in Netflix’s ‘He’s All That,’ a modern-day version of the iconic rom-com from the 1990s.

Omer posted on his Instagram celebrating his and Rae’s success saying “Me and my baby are both number 1 atm,” he wrote. “I’m incredibly proud of her. I’m curious if we’re the first pair to accomplish something like this with a movie and a song. Anyway, babe, I adore you.” Things heated up after the paparazzi caught the two holding hands just a few days before Fedi’s recent post. It’s now official that these two lovebirds aren’t afraid to flaunt their affection.

Omer Fedi’s estimated net worth is $3 million. He earns the most by playing guitar, producing, and co-writing. His revenues from songs, royalties, personal merchandise are exclusive to this figure.