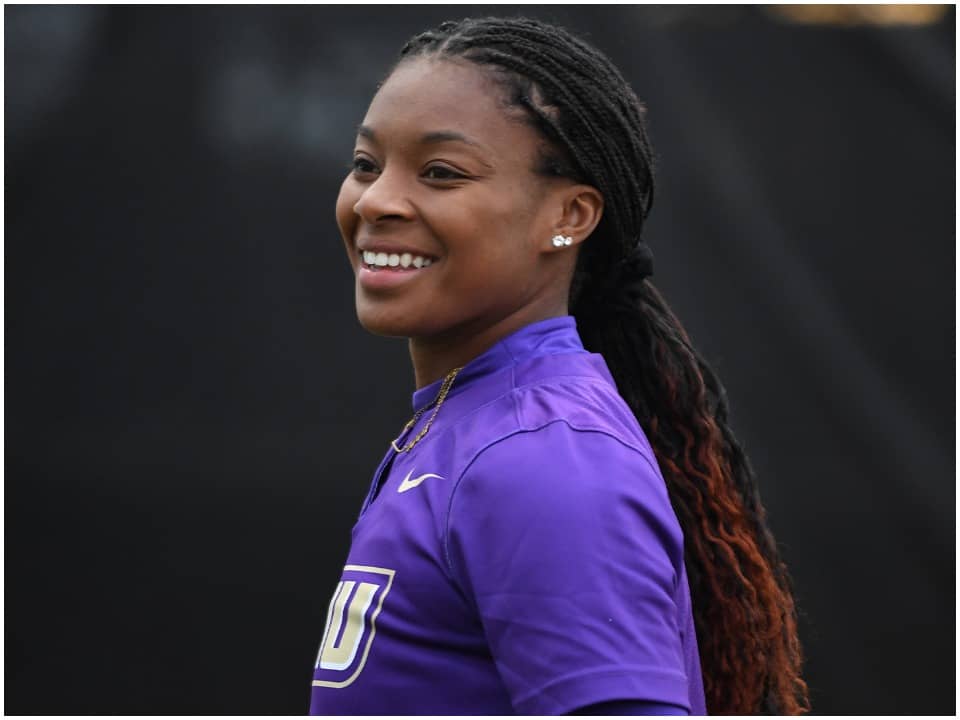 A professional softball player, Odicci Alexander is one of the bright prospects who amazes the audience through her astonishing gameplay. She is embedded with fierce skills and talents and is currently playing for the James Madison softball team popularly known as JMU. She serves the team as a pitcher/infielder and is also well-known for her sporting spirit and ‘never give up attitude.

Odicci Alexander was born on 2nd April 1998 in her hometown Boydton, Va. to parents Washington and Emily Alexander. She shared her childhood with two older brothers, Jameel and Isaiah Maurice, and two younger sisters, Imileigh and Kaylin. Her brother, Isaiah played basketball at Kanas State. Alexander enrolled in Park View high school and played for the high school team. She also competed for the Beverley Bandits. For her higher education, she attended James Madison University and graduated with a degree in sports and recreation management.

Alexander initiated her professional career while playing softball for her high school team. As a freshman, she earned 2013 first Team All-District infielder while in 2014, earned 2014 Second Team All-State honors. During her collegiate debut, she struck out the first seven batters faced against Charleston Southern to earn a career Victory. on 3rd March 2017, she went 2-for-2 with a triple, home run, and 5 RBIs against Charlotte. Later pitched a 2-hit shutout in JMUs 10-0 victory over Drexel on 29th April 2017. She started her sophomore year in 2018, where she drove in 2 runs in both victories vs. Morehead State and at Campbell.

He scored a season-high 12 strikeouts while only allowing 1 hit in an 8-7 win at Campbell. As a junior, she tallied season-high 10 strikeouts against FAU at the St. Pete Elite Invitational. Later on, finished the season with a career-best 1.70 ERA with a 24-1 record in the circle while racking up 178 strikeouts through 152 innings in which 8 games were shutouts. She finished her senior season in 2020, with a record of 3-1 in the circle, pitched 26.2 innings and threw 31 strikeouts, and scored a season-high of 2 runs against Georgia. As a Redshirt Senior 2021, she named many accomplishments and awards.

Odicci is not dating anyone. She is probably single as of now and is yet to disclose anything about her romantic life. The current love life of the softball player lies in a mystery and so do her past relationships.

The athlete is seen flaunting herself on social media platforms. She looks no less than a professional model. She believes in Christianity and has mentioned in her Instagram bio as ‘God First’. On her account, she has earned around 92.5K followers under the username @double_seas, while on her Twitter account, she has raised around 29.7K followers under the username @2seas_.

Being a professional softball player and glancing at her career, she is rising towards success and is expecting more. Overall these years of hardships and struggles, he has been able to gather a decent sum of wealth. Unfortunately, her estimated net worth and annual salary are unavailable. She amasses her wealth mostly from the income she earns from her professional softball career. But it is known that she is expected to increase her net worth in forthcoming years through her mind-bending talent.