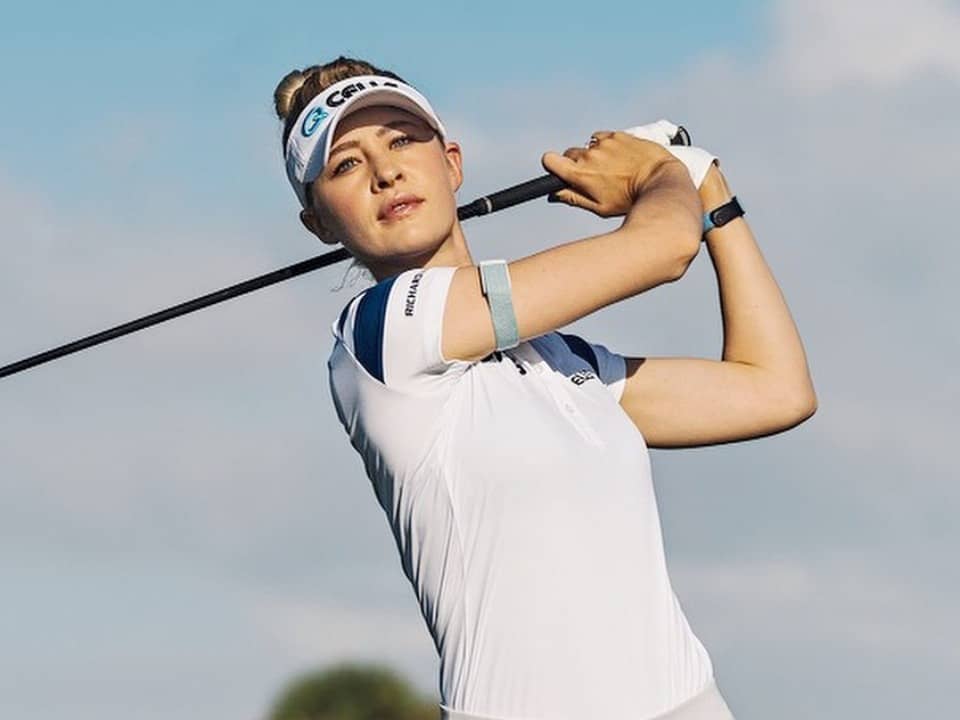 Nelly Korda is a young and talented American Professional Golf player. She played at various matches like ANA Inspiration, Women’s PGA Championship, U.S. Women’s Open, Women’s British Open, and Evian Championship. As an amateur player, she won the 2015 Harter Hall Invitational, AJGA Rolex Junior All American, and PING Invitational. She is currently competing at Women’s PGA championship 2021 where her course is titled Highlands Course and is leading in the matches.

Nelly was born on 28th July 1998 in Bradenton, Florida, United States of America. The names of her parents are Petr Korda and Regina Rajchrtova. She also has siblings named Jessica Korda and Sebastian Korda. At a young age, she showed active participation in sports. Nelly completed her high school education as she was home-schooled. She has not yet enrolled herself at any college due to her busy schedule in her golf career. But she must have studied and received professional training in golf.

Nelly began her career as an amateur player and was a member of the US Junior Solheim Cup in 2015. Next year she began her professional career on the Symetra Tour. She won at the Sioux Falls Great LIFE Challenge and won over Wichanee Meechai. This way she earned her LPGA Tour Card in 2017. On 28th October 2018, she won the Swinging Skirts LPGA Taiwan Championship against Minjee Lee. Next year she played at ISPS Handa Women’s Australian Open against Jin Young and a playoff against Minjee Lee and Caroline Masson at Taiwan Swinging Skirts LPGA.

On 22nd September 2019, she played at Ladies European Tour in Lacoste Ladies Open de France against Celine Boutier. In 2020 she played an LPGA Tour playoff at ANA Inspiration against Brooke Henderson and Mirim Lee. Next year she played at Gainbridge LPGA at Boca Rio and won against Lydia Ko and Lexi Thompson. On 20th June 2021, she was seen playing at Meijer LPGA Classic against Leona Maguire. She recently made a historic win and won the gold medal in the Tokyo Olympics golf event. After this win, she became the second woman from the USA to win Gold since 1900.

Nelly is currently dating Andreas Athanasiou who plays for Los Angeles Kings in the National Hockey League. The couple has been spotted many times at games and sharing kisses after victory. She also likes to keep her personal life away from the limelight like a professional.

Nelly has earned a lot from a professional golfer. She usually earns $345,000 as prize money and has also earned $4.8 million in her career on the LPGA. According to sources her net worth has been estimated at around $3.5 million. Some other sources of her income are from sponsors like Cisco, UKG, J.Lindeberg, and also by appearing at games and events.