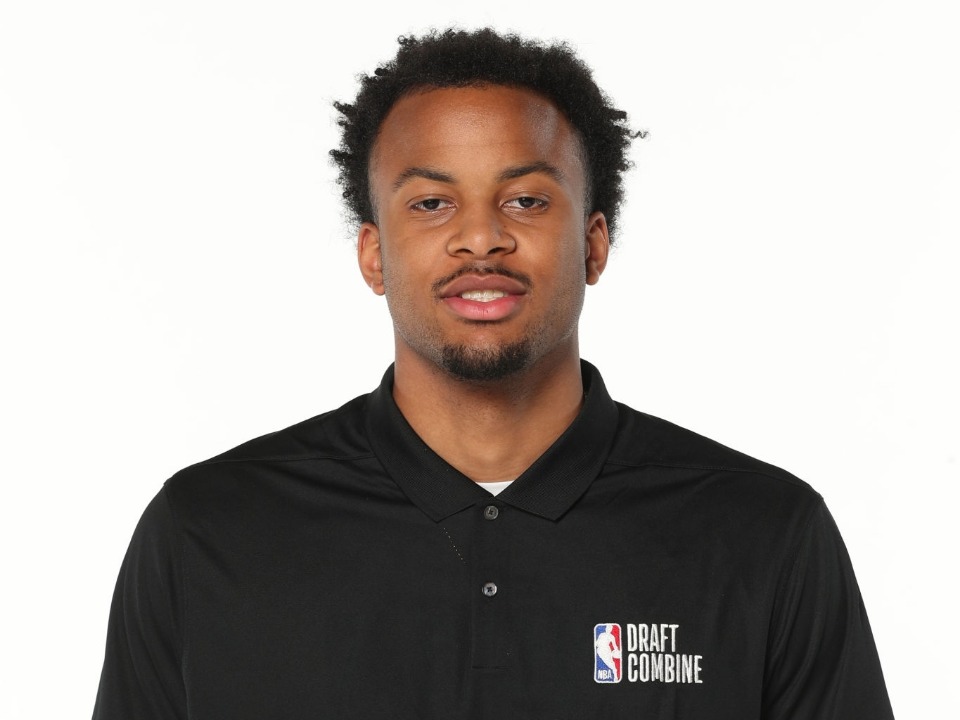 Moses Moody is a young and talented American Professional Basketball Player. His position is as a Shooting Guard.  In the 2021 NBA draft, he was selected in the 1st round and 14th overall pick up by Golden State Warriors. He also became the highest-ranked player to commit to Arkansas since the 2013 class of Bobby Portis. Also, he has received notable mentions in 2021 like AP Honorable Mention All American, First-team All-SEC, SEC Freshmen of the Year, and SEC All-Freshman Team.

Moses was born on 31st May 2002 in Little Rock, Arkansas, United States of America. The names of his parents are Kareem Moody and Rona Moody. He also has a brother named Miles Moody. At a young age, he used to play various sports with his brother. His parents are also very supportive of his career options. Moses has completed his high school education and also played Basketball actively for the school. He went to the Parkview Arts and Science Magnet  High School, North Little Rock High School, and Montverde Academy. For his further and higher studies he decided to go to the University of Arkansas and played college basketball.

Moses began his career in the field of Basketball in his high school. During his freshman season, he played for Parkview Arts and Science Magnet High School. In his next season which was sophomore, he moved to North Little Rock High School. Over there he scored a total of 18.6 points, 7.2 rebounds, 3.1 assists, 2.1 steals, and 1.4 blocks per game. In his junior year, he moved to Montverde Academy, Florida. Over there he scored an average of 17.7 points, 3.9 bounds, 1.5 assists, and 1.6 steals per game.

His score in his senior year was 11.6 points, 3.3 rebounds, and 1.8 assists per game. On 9th November 2019, he committed to play college basketball for the Arkansas Razorbacks Basketball team. On 13th March 2021, as a freshman, he scored 16.8 points and 5.8 rebounds per game in his college career. He played a match against LSU at SEC Tournament Semifinals and lost with a score of 78-71. On 9th April 2021, he was declared for the 2021 NBA Draft and forgo his remaining college eligibility.

Moses is currently single. He has not shared details about his current or past girlfriend with the media yet. Currently, he seems to be focused on his matches and is trying to avoid distractions. Moreover, he spends his quality time with family and friends.

Moses has earned a lot from his basketball career by participating in various matches and won prize money. According to sources, the details about his net worth have been kept private and away from the limelight. Once he lands in any NBA Franchise the salary will be revealed. He might also earn from sponsorship and by attending various events.

Moses is an excellent basketball player and his fans are excited to see him play for the NBA team. Soon he will be part of the NBA team. He received four stars for recruiting from Rivals, 24/7 Sports, and ESPN. The player also enjoys his personal life with family and friends and is fully focused on his career. We wish him Good Luck for his NBA draft and the upcoming games.