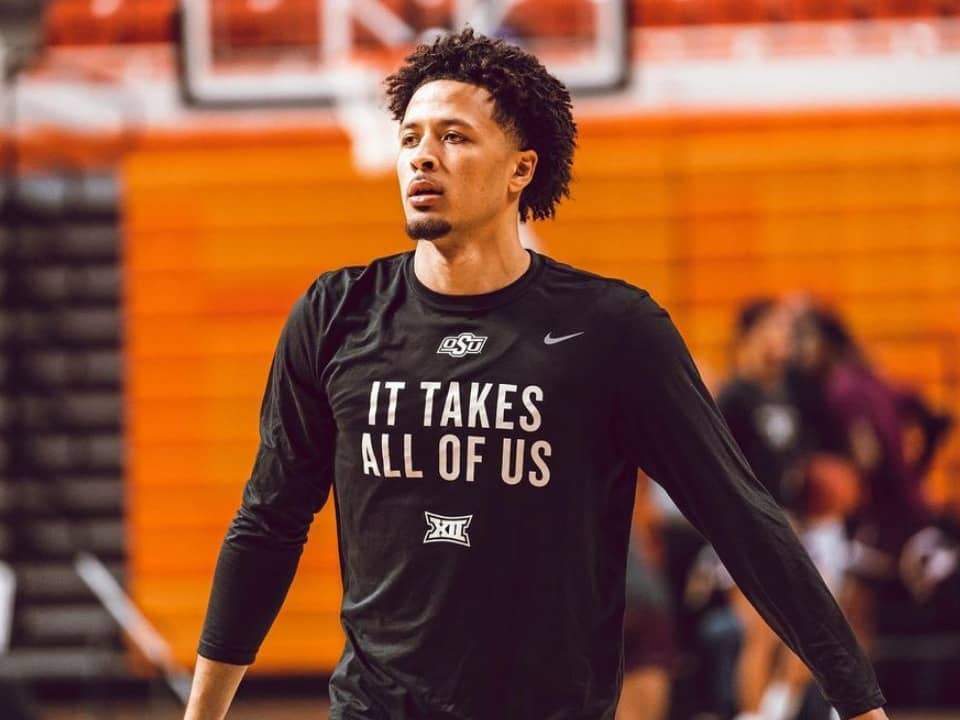 Cade Cunningham is an American Professional Basketball player who was recently drafted at the point guard position for the Detroit Pistons to play at the NBA. He is known to have a highly impressive college record and has also led the National team to win the FIBA under 19 world championship.

Cade was born on 25th September 2002 in Arlington, Texas, USA. He was born to Carrie and Keith Cunningham and grew up playing basketball with his brother and father in the community centre. He loved playing basketball and was inspired by his brother Cannon who played the sport in college. His father Keith is a former player for Texas tech. Cade attended Bowie High school in Arlington for a while and later completed his high school graduation from Montverde Academy in Florida where he was also part of the school basketball team. He then went on to pursue education at Oklahoma State College.

Cade started his basketball career in high school where he played with the school team at the Quarterback position and in his freshman year, he became the District 4-6A Newcomer of the year in 2016. In his sophomore year, he became the MVP for District 4-6A and also earned the Texas Association of Basketball Coaches All-region honors. He changed his school in his junior year and joined one of the best teams according to the USA today. He won the Nike Elite Youth Basketball League’s MVP honor. In his senior year, he maintained his form and became the Mr. Basketball USA, Max Preps National Player of the year, and Naismith Prep player of the year.

By the end of his senior year, he emerged as a five-star prospect and one of the best players in his class. In 2019, he was selected in the under 19 USA national Basketball team to play at the 2019 FIBA world cup under 19 in Greece. His performance in the tournament was excellent and he was in great form as he managed to help the team secure the gold. His college career started in 2020 with the Oklahoma state university team where he immediately started giving spectacular performances in his very first season and also won the Oscar Robertson National Player of the week honors.

He stayed in great form in his freshman year Big 12 tournament season where he was recognized as a First Team All-American and was also titled as the Big 12 Freshman of the Year and First Team All-Big 12. The same year, he also managed to win the National Association of Basketball Coaches Freshman of the year title. He soon decided to enter professional basketball and went forward to participate in the 2021 NBA draft. Cade was considered a top prospect and was selected as the number one pick by the Detroit Pistons. He is currently playing in the Point guard position for the team.

Cade had been in a relationship with his then-girlfriend whose name has not been shared, while he was at Oklahoma State College also had a daughter named Riley with her in the year 2018. His daughter lives in Texas along with her mother and while Cade is busy playing basketball. he has often shared how hard it is for him to stay away from his daughter. He is known to be a Vegan. Keith currently has an active social media account on Instagram where he has a following of 371k. He is also active on Twitter since 2016 and currently has 52.9k followers. he is not known to have any Facebook or Snapchat accounts.

Cade Cunningham has only recently started his professional basketball career and before that, he was a collegiate player with no certain income. He earned a lot throughout the years through competitions and wins and is now earning a regular income as a professional player. His net worth as of 2021 is estimated to be around $800,000.

Cade Cunningham is a young and talented basketball champion who is also known for his fatherly persona. He is one of the best young players at the NBA today and is a promising team member for Detroit Pistons. He has achieved several titles and awards of the years and is set to maintain the same in forthcoming years as well. we would love to congratulate him on his selection to the team.