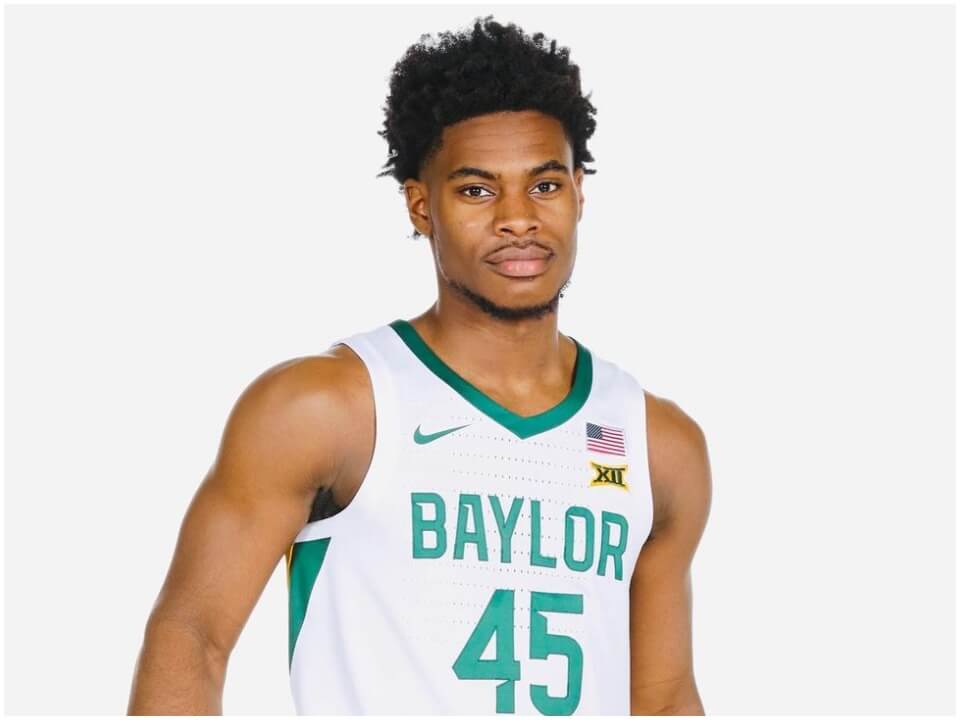 Fabulous former college basketball player, Davion Mitchell is a native of America and belongs to the African-American ethnicity. Currently, he plays college basketball in the Big 12 Conference for the Baylor Bears. In the 2017-18 season, he used to play for the Auburn Tigers. Recently he plays at a point guard position. In NBA Draft 2021, he was elected by the Sacramento Kings in the first round so it would be very interesting to see what will he bring to the team.

22-years-old handsome hunk was born on 5th September 1998 and was brought up in Hinesville, Georgia. He is the only child of his parents, Earl Legette and Lakisha Mitchell. Other than that, he never mentioned anything regarding other family members such as brother and sister. He started playing basketball from middle school and his parents always show their wholehearted support to him. After graduating from Liberty Country High School in 2016, Davion enrolled at Auburn University but transferred to Baylor University in 2019. There is no mention regarding the course he qualified in.

Davion discovered his love for basketball when he won numerous awards and accolades to his name while playing for his High School team. Later in his junior year in High School, he averaged 24.2 points, 7.1 assists, and 2.9 steals per game and led her team to its first-class 4A state title. While in his senior year, he averaged 23.8 points, 5.3 rebounds, and 5.2 assists per game. He competed with Georgia Star on the Amateur Athletic Union circuit.

In his freshman year at Auburn, the Dallas native scored an average of 3.7 points and 1.9 assists per game. Universities like Cincinnati, UConn, Florida, Georgia offered and approached him with numerous scholarships but he chose to stick with Auburn. For his Sophomore year, he shifted to Baylor University, where he played as a starter. On December 18th, 2019, he posted a season-high 19 points, 4 assists, and 4 steals in a 91-63 win over UT Martin.

Davion is in a relationship that’s for sure because he quite frequently posts photos of his love on Instagram. Although her exact name isn’t available, however, she is available on Instagram by the username @lexiiii. The fantastic player has earned tons of followers on social media through his overwhelming basketball moves. He enjoyed around 21.7k followers on his Instagram handle @daaay___ and around 4723 followers on his Twitter account.

However, he is among the highest-rated player in the league and has been playing in the NCAA division. He has just started his journey in the basketball world and is expecting more. There is no data available regarding his net worth and assets but soon he’s going to earn a huge fortune through his fascinating moves.