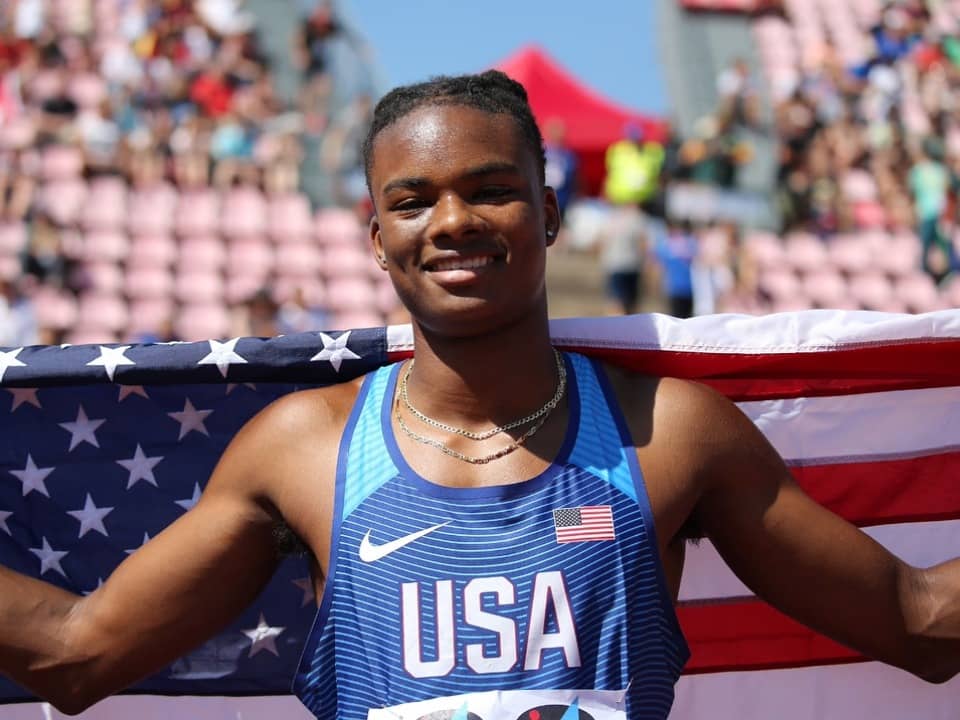 JuVaughn Harrison is an American high jumper and long jumper who is competing at Tokyo Olympics with the team USA. JuVaughn Harrison, a track and field athlete for LSU, holds six NCAA individual titles, a team national title, and four school records. He stated that he enjoys both events equally and splits his practice time in half.

On April 30, 1999, JuVaughn Krishna Harrison was born in Huntsville, Alabama to Jamaican parents who have taken a different path. Georgia Harrison is his mother and both of his parents excelled in track and field events rather than jumping competitions. Ky-Mani Harrison, his younger brother, is a sports administration major at LSU. His mother was a track athlete at Alabama A&M and was inducted into the Alabama A&M Athletics Hall of Fame in 2014. JuVaughn attended Columbia High School and graduated from Louisiana State University. He is one of the top high jump prospects in the Class of 2017 in the United States, having crossed the seven-foot barrier four times during his senior season at Columbia High School.

At The Armory in New York, he was named the 2017 New Balance Indoor Nationals Silver Medalist in the high jump with an indoor personal best of 7 feet, 0 ¼ inches. For the 2017 indoor season, he was recognized as the nation’s No. 1 high jumper in the Class of 2017. In his senior season indoors, he was also tied for second place in the United States among all classifications. During his prep career at Columbia High School in Alabama, he was an eight-time state champion. For the 2016-17 academic season, he was named AL.com Huntsville Region Boys Athlete of the Year and Huntsville Metro Coaches Association Track & Field Athlete of the Year. During his senior year, he won the 2017 AHSAA Class 6A Indoor State Championships in both the high jump and the long jump.

Harrison played 32 times for LSU throughout his collegiate career. He won 25 of them and never finished worse than fourth in any of them, including sweeping the long and high jump titles at the NCAA outdoor finals. He’s the frontrunner to win the NCAA’s top track and field athlete, the Bowerman Trophy. At the SEC Championships, he finished fifth with a time of 25′ 3.50″. Harrison won the Tyson Invitational (25′ 7.50″) and the UAB Vulcan Invitational (25′ 8.25″) in the long jump. At the NCAA Championships, he became the first man in NCAA history to win both the long jump and the high jump, clearing a bar of 7′ 5.25″ in the high jump to earn the NCAA title.

On March 12, 2021, in Fayetteville, Arkansas, at the 2021 NCAA Division I Indoor Track and Field Championships, he sets personal records in the high jump with 2.30 m. He achieved yet another milestone in the long jump with 8.45 meters which is also the best measure in 2021. Due to this, he became the first man in history who can jump more than 8.40 meters in the NCAA competition. In addition to this, he registered 2.30 m in the high jump as well.

This achievement is reminiscent of that of Jesse Owens, known as the “Day of Days” for setting four world records in a matter of hours on May 25, 1935. He won the long jump and the high jump at the US National Team Olympic Trials in Eugene, Oregon on June 27, 2021. Currently, he is competing in both events at the 2020 Summer Olympics, he will be the first American male to do so since Jim Thorpe in 1912, as he competed in both the long jump and the high jump.

It’s still a long way for him at the international level in order to establish his reputation. Thus, he is only focusing on his career and aiming to achieve goals instead of committing to any relationship. There is no information known about his relationship with anyone so he is single now.

Being an Olympic athlete and college star, he is surely making quite enough amount so that he can spend it on his expenses and training. Although, there is no revelation about his net worth done in social media as of now.