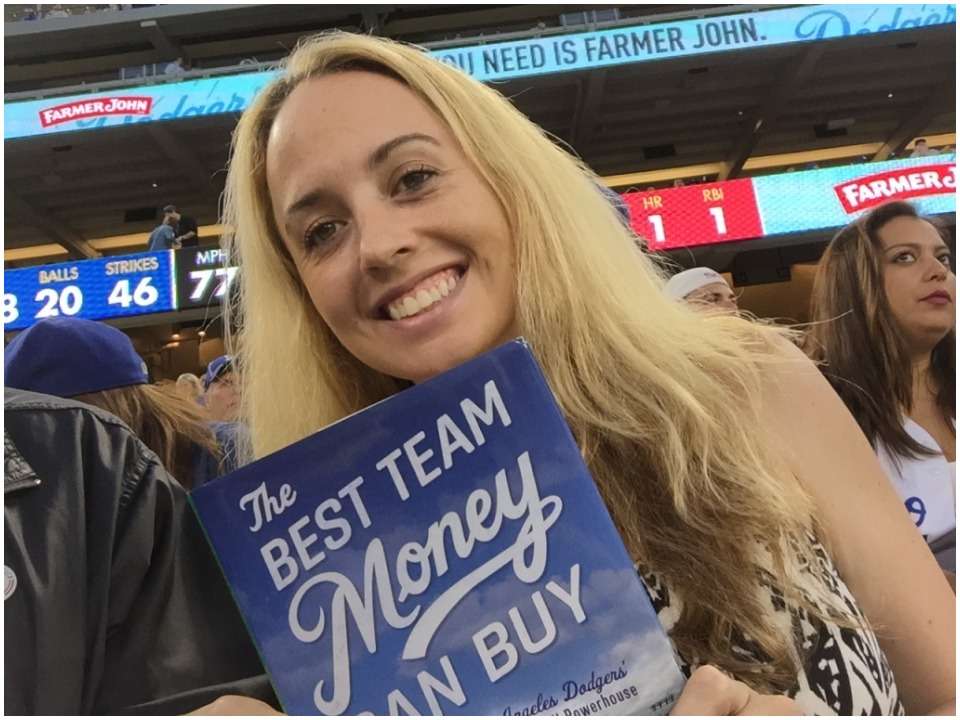 Molly Knight is an American writer, also better known for writing as a journalist for The Athletic. From the year 1999 to 2003, Molly went to Stanford University. To accomplish her of becoming a doctor. However, after graduation, she decided to move to New York City and became the successful and highly acclaimed author she is today. Molly started her journey by joining Him Magazine as an intern in 2006. Which led her to attain her first full-time job at ESPN. Later her work for ESPN led her to write her most accomplished work “The best team money can buy”.

Molly was born on 25th September 1981 in Los Angles, California, where she lived her entire life. Los Angeles has been an enormous part of her family dynamics, as five generations of her family have been born and raised there. Furthermore, this led her to become a huge fan of the Dodgers, like her entire family. Ever since she was little, Molly developed a general liking for baseball, rattling the statistics to anyone who can hear. Which she deems to have affected how her career was shaped at ESPN. Molly Knight received her Bachelor of Arts degree in 2003 from Stanford University. Where she got accepted to complete her dream of becoming a doctor early on. Therefore, she majorly focused on Human Biology and subjects as such in 1999 and onwards.

However, since she’s had a rough experience with Organic chemistry. Finding it too difficult to study and ace in tests resulted in her dropping the idea of medical school later on. Although, later she attended National Bartenders School in Redwood City, which led her to attain extensive knowledge about various kinds of chemistry through her degree.

Molly Knight says she had only 300 dollars in her pocket when she first decided to move to New York City. Along with her license for bartending and huge aspirations to become an author. After years of hardship where she had to wait for several tables and did various bartending Jobs at the lower Manhattan to make the ends meet. She had an idea of partaking in music reviews for the indie-rock magazine. Who back then offered 5 dollars per review. After that, she was hired as an intern for the FHM and later gets promoted to their editorial assistant. Later Molly received a freelancing Job at ESPN through one of her friends. At the starting of 2006, Molly‘s career started to blow up.

She was able to land a full-time job at the ESPN magazine as a contributing writer. ESPN awarded her an official contract based on her previous work in 2008. During which Molly was continuing her night job as a bartender as a supplement source of income. In April of 2014, Molly resigned from ESPN to make sufficient time for writing her book. Which turned out to be her masterpiece book named “The best team money can buy: The Los Angeles Dodger ‘s wild struggle to build a baseball powerhouse”  the book was published by Simon and Schuster on July 14, 2015. The book became a best seller in the United States within 10 days. Leading her life to change forever.

Molly is happily married and has a baby girl. Currently, the family of three resides in Los Angeles, California. We tried to find details about her husband from her social media but there is no information available about him. Instead, we found a bunch of photos of her with her angel or doggy so we can conclude that she likes to keep her personal life away from media attention.

In November of 2021, Molly made a retweet that quoted “this is what happens when you take medical advice from Joe Ronan”. The retweet consisted of an article published by the wall street journal referring to the Packer’s quarterback‘s broken toe as Covid Toe, which was a joke made by Arron Rodgers. Unbeknownst to Molly Knight. The tweet got a lot of attention due to the subject of the article Aron Rodgers publically stating he is offended and asking Molly to apologize for writing this article. However, Molly has deleted the tweet now and made it clear that she didn’t write for The Wall Street Journal, she just retweeted it and wasn’t aware that it was a joke.

In 2021, Molly Knight’s updated income estimate can be made around $1.5 million. Her major source of revenue is from her best-selling book as well as her journalism journey so far.