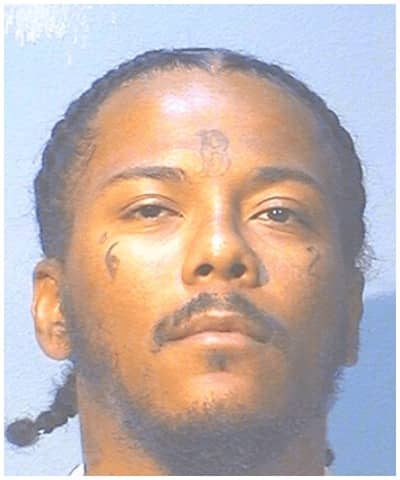 Aariel Maynor is a Los Angeles man who is accused of murdering Jacqueline Avant who is the wife of a famous music executive named Clarence Avant. She was found dead at her family’s mansion in California.

Aariel Maynor is 29 years old who recently worked as a self-employed electrician and believes in the Rastafari religion. Apart from that, he also worked in the porn industry as security who got long criminal history back in 2013. Based on his bio on Facebook, we can say that he belongs to South African descent. He also said that he is single and likes rap videos of Nipsey Hussle and 50 Cent. Beverly Hills Police Chief Mark Stainbrook confirmed the name of the suspect in the news conference and he has been taken into custody. The motive of the murder is still under investigation.

The victim, 81-year-old Jacqueline Avant did not survive after she was shot with the gun. The Avant family has contributed to the music and entertainment world. They are unmatched by anyone across Los Angeles. The chief has offered his condolences to Jacqueline’s husband Clarence Avant and both of her children Alex and Nicole Avant. No one else was found injured at the scene of the murder. The chief has confirmed that a security guard was present at the gate of the property when the murder took place. He was asked about the suspect and the happening of the murder but till now no answer has been received.

It is not clear whether he was murdered for a random slaying or whether or not it was targeted. It is also revealed that Maynor also shot himself in the action of burglary in his foot at another home. The police chief said that it is a difficult day. The death was attended by the mayor and the city council members. The chief said that it is not clear whether the suspect knew the family background and the prominence. On the other hand, Clarence Avant has given direction to so many rising musicians. He has worked mentoring such musicians and is widely known to be the ‘godfather of black music’.

It is not clear how long Aariel Maynor was inside the house or how he killed the victim. It seems that someone went into the house with the intent of robbery. The purpose of the murder is still not clear. The police chief said that there is only one suspect found in the case and it’s too early in the investigation. The officials are still looking into it. Whether it was targeted or was highlighted just with some random work, the motive is not yet clear. Also, it is not known whether the wife of Clarence Avant was at home at the time of the murder or was some other story attached to it. The chief has described the murder to be extremely rare. He said that crime happens at a low rate especially in wealthy communities. It is known that Maynor used an AR-15 rifle during the shooting.

He also shot himself with the same gun in his foot at another house while being involved in a robbery in Hollywood. The news conference held for this confirmed that Maynor has been arrested after seeing the multiple surveillance videos including the city cameras that showed that Maynor head towards Beverly Hills while being in a vehicle shortly after Mrs. Avant was dead. At 3:30 am after the murder was held. The Los Angeles Police Hollywood division responded to a report saying that a shooting took place at a different residence. The police officials found Maynor in the backyard with a gunshot wound. It seems that burglary had occurred in the residence and Maynor accidentally shot himself in the foot.

Maynor was later transported to a local hospital and then taken into custody. The evidence connected to him has also been taken into custody that further included a suspected weapon. The investigations led the police officials to believe that there were no threats involved for public safety. On the other hand, the police officials found Jacqueline Avant dead an hour before Maynor was found with the burglary in her home. On 1st December 2021, at nearly 2:23 am, the police officials received a phone call regarding the commencement of a shooting that occurred nearby. The official chief Stainbrook confirmed that they arrived at the scene and discovered the victim with the gunshot wound. The suspect was not there at the scene when officials arrived.