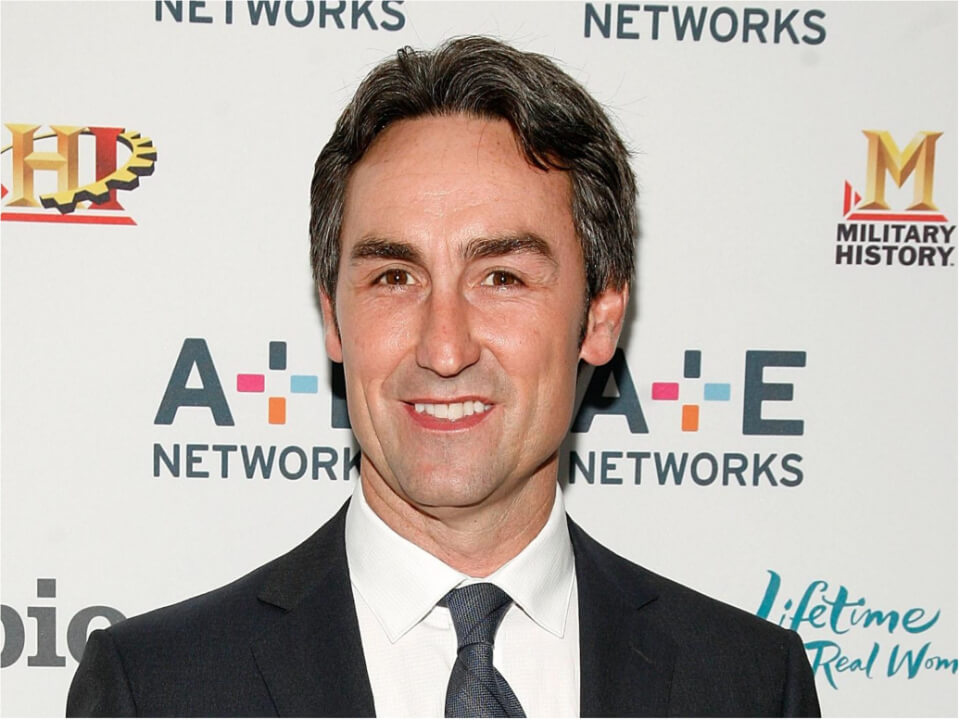 Mike Wolfe is an American personality famously known for his creativity and for hosting the show “American Pickers”. After the show earned its name in television history, Mike became a household name in the industry. Mike is one of the top personalities for doing the collections of interiors, collectibles, and collection of personal stores including retail stores, books, product lines, and endorsement deals. Despite all these, Mike is also an executive producer. He has made his journey from American roads or streets to the American entertainment industry and from the entertainment industry to authoring books and opening various antique shops in the United States itself.

Mike Wolfe was born on 11th June 1964 in Joliet, Illinois, and is around 57 years old as of 2022. He was born as one of the three children of his single mother. He began picking things from the garden and the backyard of his neighbors at the age of six. Soon, he became working professionally in the field and became a TV star, pulling out old bicycles, and other trash parts that further he would consume for making the original bicycles.

Those bicycles were used in competitive races and this is why he today owes two bike shops which he sets by picking old parts and joining them together for the purpose. He is a known professional picker for the last 20 years. Mike’s mother’s name is Rita Wolfe and he shared his childhood with his one brother and one sister both named Robbie Wolfe and Beth Wolfe, respectively.

Mike is America’s foremost professional and calls himself a scavenger. Before earning his name and fame in the entertainment industry of Hollywood, Mike was a professional treasure hunter who would go road by road and on various trips across the country in the search of different antique and ancient things or what he calls “rusty gold”. He owns two antique archaeology stores located in Le Claire, Iowa, and Nashville, Tennessee and all of his stores deal in antique treasures that are somewhere picked up from the roads as well as official merchandise associated with his Antique Archaeology brand. For almost two decades, he has been walking and touring around the country in his cargo van in the search of cool and easily adjustable things that can further be transferred into major products.

In 2010, he began with his TV show named American Pickers which he pitched for various networks and where he worked for almost five years and was later picked by the History Channel. American Pickers became the certified hit of the channel after it attracted around 3.1 million viewers for the first episode, making it the highest-rated channel to be broadcasted in three years- all because of the major hit of Mike Wolfe which he created, executed, and co-hosted himself. The first season of the show attracted nearly 5.4 million viewers, rising week by week, and later became the new rated top non-fictional program in 2010 among adults around 25 to 54 years of age.

After receiving success in his first initiative program called American Pickers, Mike turned to other professions. He started hosting other shows and businesses like American Restoration, which deals with the collection of old fixtures and turning them into new fine products. He opened a store called Nashville Antique Archaeology store, where the pieces of old things would be available for purchasing, opened an online community named Kid Pickers that would be responsible for dealing in old picks for 7 to 13 years old kids, and also became the author of Kid Pickers books. “American Pickers Guide to Picking” is one of the various successful books that Mike published/sold in the American markets.

Mike Wolfe was married to Jodie Faeth and the couple exchanged their marriage rituals on 7th September 2012. The couple met in 1994 and it is said that they welcomed their first child, a daughter whose name is Charlie Faeth Wolfe, before their marriage on 30th January 2012. In November 2019, Jodi Faeth filed for divorce and they officially got separated in June 2020. After officially getting separated from his wife, Mike has been rumored or linked with various American beauties including the model Leticia Cline.

Mike Wolfe is known to be a multi-professional personality having his hands in different talents like picking old things, TV host, TV show producer, Book author, and the business holder of antique archaeological brands. Surely, he must be earning somewhere around $3 million to $5 million. Despite holding high-profile professions, Mike is also known to be a great humanitarian, working or volunteering with organizations like St. Jude’s Children’s Hospital, Operation Smile, the ASCPA, and various other animal shelters.