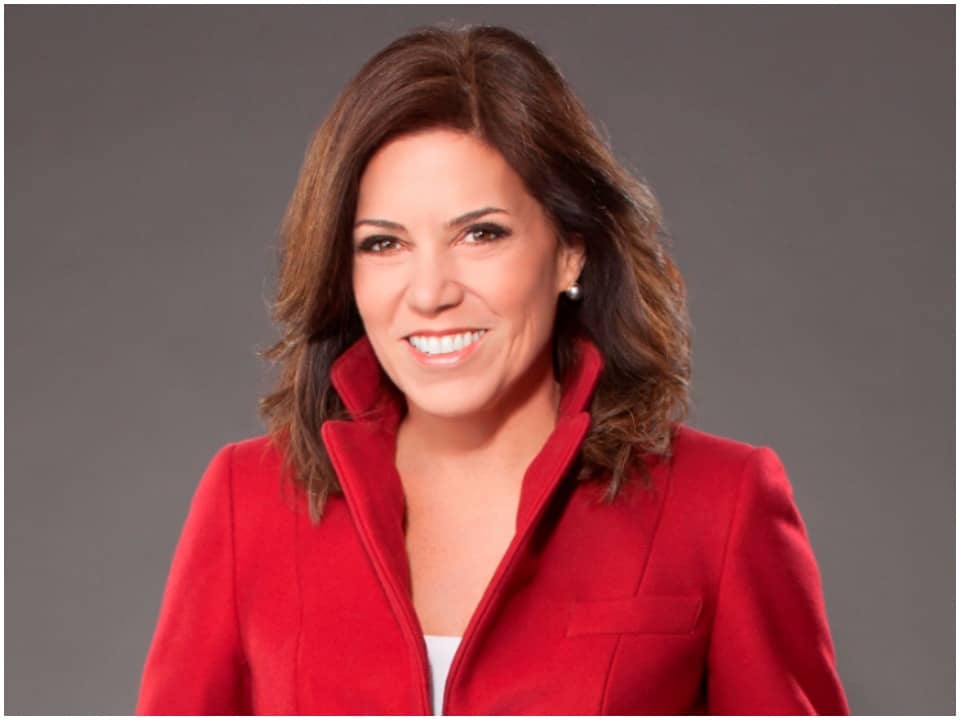 Michele Joan Tafoya Beaurain or Michele Tafoya was born on the 17th December 1964 in Manhattan Beach, California, to parents – Orlando Tofayo and Wilma Conley Tofayo. According to her parents, Michele grew up watching sports commentary rather than cartoons with her father. Orlando Tafoya, her father, was a civil engineer and a sports fanatic. Michele’s mother, Wilma Conley Tafoya, served as a teacher in South Bay Union High School. Orlando and Wilma met for the first time in a calculus class at the University of California, and they married in 1955. Michele was brought up by her parents along with her three siblings – Margaret, Geraci, and Matthew.

Margaret is a member of former President Barack Obama’s administration’s personnel office. Geraci is the owner of a Manhattan Beach architecture and design firm. Matthew is the owner of a cabinet and door business in Lawndale. Michele Tafoya enrolled at Mira Costa High School in order to complete her high school diploma. The young woman went to graduate from the University of California, Berkeley, with a B.A. in Mass Communication. She got her master’s degree in business administration at the University of Southern California in 1991.

She worked as a host and reporter for Minnesota Vikings and University of Minnesota Women Basketball Games at KFAN-AM after graduating from the University in 1993. Michele worked for the Midwest Sports Channel as a host and sideline reporter, as well as a play-by-play commentator for Big Ten Women’s Basketball and Volleyball. She worked as a host for Charlotte’s WAQS-AM, where she was paired with sports talk show host, Gerry Vaillancourt.

She became the first female commentator to call UNC-Charlotte men’s basketball games in the process. Tafoya worked as a Sports Anchor and Reporter for WCCO-TV in Minneapolis for three years. Michele joined CBS in September 1994 and worked as a reporter and studio host for CBS Sports Spectacular, a sports anthology show. It’s a show that covers telecasts from the NFL, college basketball, and football. She was also a host for “At the Half and a reporter for college football games” thus she was well-known.

Tafoya made her on-air debut with the 1994 U.S. Open Tennis Championships. She covered the NFL, college football, and the 1998 National Championship Orange Bowl for CBS. Apart from this, she co-hosted late-night Winter Olympics programs and the Goodwill Games in Nagano in 1998 with her co-host Al Trautwig. Michael also presented CBS’ NCAA Tournament Selection Show, Goodwill Games, and US Open tennis coverage. In 1995, after 5 years of partnership with CBS, the reporter chose to depart the network and joined ESPN and ABC Sports in January 2000.

Michael Typhon is a happily married woman. She tired the knot with Mark Vandersall on May 30th, 2000. According to the sources, the couple dated for approximately seven years before getting engaged. They met in the year 1993 when Tafoya was working as a host and reporter for Minnesota radio station KFAN AM. Mark Vandersall is a financial counselor at Ameriprise Financial Services. Mark and Michele are blessed with two children: a son, Tyler, born in 2005, and a daughter, Olivia, whom they adopted as a newborn in 2009.

During the early phase, the couple faced some difficulty when the family got new members. Michele had a total of four miscarriages before Tyler was born. Despite contacting a fertility specialist, she miscarried once more. Michele is currently residing in Edina, Minnesota, with her husband and children and has been living a beautiful and happy existence.

Michael acquired a total of $2 million net worth from her sports caster’s passion and commitment. According to our sources, Tafoya earns an annual average salary of around $200,000. This is a substantial sum of money earned through her career, which began in 1993.