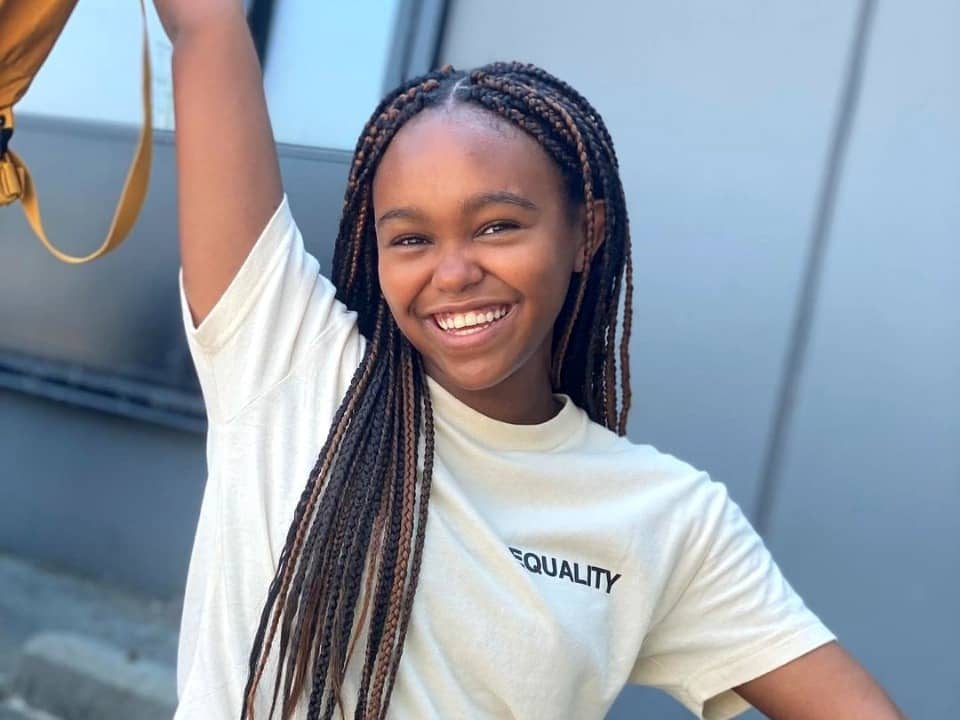 Lidya Jewett is an African-American child actress and a rising star famously known for her roles in “Good Girls”, “Hidden Figures” and more recently in “Feel the beat”. She appeared in the latest movie Nightbooks in 2021 in the role of Yasmin and is all set to appear in a lot more movies and TV Series in the coming years.

Lidya Jewett was born on 19th January 2007 in Ethiopia, Africa. She was born in an African family of black ethnicity and was raised in Florida, America. Lidya currently holds American nationality. She spent the early years of her life in Ethiopia as an orphan until she was adopted by an American family in 2011. Her parents started taking her to modeling shows since she was 6. She got excited and modeling started fascinating her and she soon started appearing in print and TV ads as well.

Lidya is currently in middle school but is pursuing her education through homeschooling to keep up with her acting schedules. She is highly academic as she mentions herself on her social media, Ned no help and loves to study. She is a quick learner and learned the English language within 4 months of living in the USA.

Lidya started her career as an Actress in the year 2015 (at the age of 8) when she first got her debut role in the TV series “See dad Run”. It was a minor role following to which she also appeared in the show WITS Academy in the role of Gracie Walker in a recurring role throughout the season in the same year. She got a lot of recognition after her role as young Kathrine Coleman in the 2016 movie – Hidden Figures. She was cast in movies like Wonder in 2017, 10 Darkest minds in 2018, and also in the role of Nakia in the 2018 movie Black Panther of Marvel Cinematic Universe. Recently, she appeared in an episode of Grey’s Academy in 2019, and in the role of Riley in the TV show Bunk’d.

In 2018, she was cast in the role of Sara Hill in the TV show Good Girls and since then, she has been a major part of the show for all three seasons and is also cast in the show at present. In 2020, she was cast in the movie Feel the Beat playing Kari, and also gave voice to the character of Sarah in the movie Vivo. Recently in 2021, she has been a part of the movie Nightbooks cast for the role of Yasmin which was released in September 2021. The movie received a great response on the day of release. She is currently busy filming her upcoming movie Ivy and Bean for the role of Nancy.

Lidya is a teenage girl who is known for precision in her work. She is still an early age actress and is focused on her career very seriously. Like any other common man, she is also a dog lover and has two poodle pet dogs.

Lidya Jewett has been part of a couple of movie and TV shows over the past 5-6 years of her career. She has generated a pool of income through each of her projects at a very small age. Lidya is still a minor and lives with her family and thus her family net worth as of 2021 is estimated to be around $800,000. She earns from acting and modeling at present.