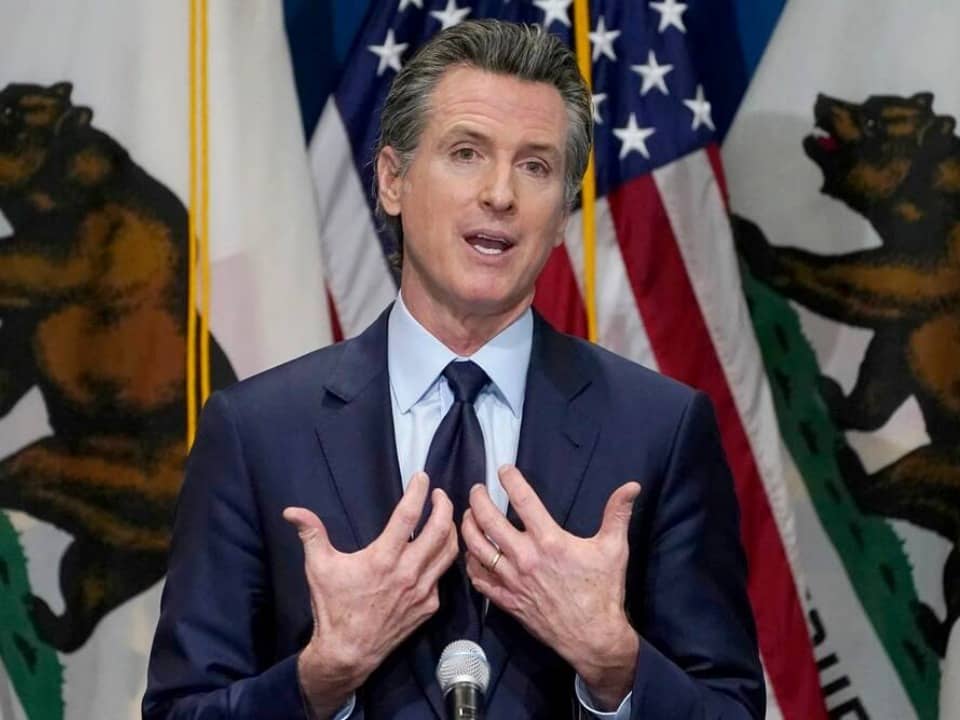 Gavin Newsom, in full, Gavin Christopher Newsom is an America-based politician and businessman. He has been serving as the 40th governor of California since 2019. After doing his high school and graduation, Newsom founded a business named as PlumpJack wine store with one of his family friends Gordon Getty and get involved in it as an investor. Today, the PlumpJack group has extended to almost 23 simultaneous businesses including restaurants, hotels, wineries, and many more to serve.

Gavin Newsom was born on 10th October 1967. He was born and raised in San Francisco to his parents named Tessa Thomas and William Alfred Newsom III. His father worked as the court judge and attorney of Getty Oil. Newsom’s maternal great-grandfather Scotsman Thomas Addis was a prominent scientist in the field of nephrology. He also worked as a professor of medicine at Stanford University. Thus, Newsom belongs to the kind of family that has a lot of exposure to the world. Newsom is the second cousin of a musician named Joanna Newsom who is an actress, singer-songwriter, and multi-instrumentalist.

Newsom’s parents divorced when he was merely 5 years old in 1972. Seeing his family conditions and going through learning disorder dyslexia in his childhood, it was not easy for him to recover. He went to Kindergarten and Ecole Notre Dame Des Victoires- a French-American bilingual school in San Francisco and attended his education there in the school but soon he was transferred out of the school because of severe dyslexia that still affects his life to great extent. He had to face many challenges while going through dyslexia. Throughout his schooling, he had to depend on combinations of audiobooks, informal verbal instructions, and many other digests to overcome his dyslexic issue. To this day, he prefers to expound documents and reports with the help of audio.

He attended his third through fifth grade at Ecole Notre Dame Des Victoires School where he was transferred to remedial classes because of his dyslexic problems. While being in high school, he used to play basketball and baseball and went to Redwood High School in 1985 to attain his education. Newsom used to play as a shooting guard in basketball and outfielder in baseball. His skills in playing and academic field helped him to place himself on the cover of “Marin Independent Journal”.

Tessa Newsom, the mother of the most successful personality, had to work three jobs to support Gavin and his sister Hilary Newsom Callan. In an interview with “The Sun Francisco Chronicle,” his sister recalled the memories of her Christmas holiday when their mother Tessa told them that they would not get any gift. Due to this Newsom had to work multiple jobs to financially support his family. His fathers’ earnings were lashed in parts and because of this; the family had to suffer the financial crisis.

Newsom along with his investors created a small business named PlumpJack Associates L.P on 4th May 1991. Later in 1992, the group started the work of PlumpJack Winery by getting financially supported by his family friend named Gordon Getty. PlumpJack was the name of an Opera that was written by Getty who further invested in 10 out of 11 businesses. In one of his interviews with “San Francisco Chronicle”, Getty told that he always treated Gavin as his son and invested in his first business as a venture because of the relationship. They further proceeded to open other new businesses because of their success in the first one. Newsom’s political career began when he was volunteered for Willie Brown’s campaign in 1995.

That time, he hosted a private fundraiser at his PlumpJack Café. Newsome was later appointed by Brown to fill his vacant seat on the parking and traffic commission in 1996 and was later elected as the president of the commission. Newsom began his political career in 1996 when he was being appointed by Willie Brown for the city’s parking and Traffic Commission. At the age of 36 in 2003, Newsome was elected as 42nd mayor of San Francisco and he became one of the youngest people being elected as mayor in the century. He was reelected in 2007 with 72% of the votes. In 2010, he was elected as lieutenant governor of California and was reelected later in 2014. Newsom was prevailed for the 2021 recall elections and became one of the second governors to be elected through recall elections in the history of the United States.

In 2001, Newsom married Kimberly Guilfoyle who was a former prosecutor and legal analyst working for MSNBC, CNN, and Court TV. She was one of the prominent personalities on Fox News. Gavin married her at Saint Ignatius Catholic Church.  The marriage couldn’t work for them and they together filed for divorce in January 2005 and stated the reason that they both had to face difficulty while being together whereas their career paths were different from each other. They parted their ways on 28th February 2006.

In January 2007, it was revealed that Gavin Newsom had an affair with Ruby Rippey-Tourk (in the mid of 2005) who was the wife of his campaign’s then-manager and former deputy chief of staff, Alex Tourk.  Later the news was get publicized, Tourk file for divorce with her husband leaving Newsom’s campaign and administration.  Thereafter, in September 2006, Gavin and film director Jennifer Siebel came together and started dating each other. They announced their engagement publically and got married in Stevensville, Montana in July 2008. They are still together and have four children, two of them are daughters and two of them are sons.

Gavin Newsom has now reached a platform where he is called one of the richest persons of the state who is highly paid among California politics. He has now become a millionaire with an upscale chain of restaurants, wineries, hotels, and retail shops. Gavin has a strong connection with politics serving as the governor of California. He has developed around 23 businesses with 800 employees under only one group named PlumpJack- that he started in the 1990s.

His fortune started with the single wine shop that he developed by an investment of his family friend which has now become the subsequent business for all of his family members. The actual value of his stakes and ownership is difficult to define as he has not revealed the information publicly. His political practice commission shows that he has an asset of more than $950,000 that further includes investments and holdings. His wine shop named Airelle Wines Inc. has a market value of around $10,000 to $100,000 which further accounts for an annual income of around $1.3 million (as per 2016 discloser).