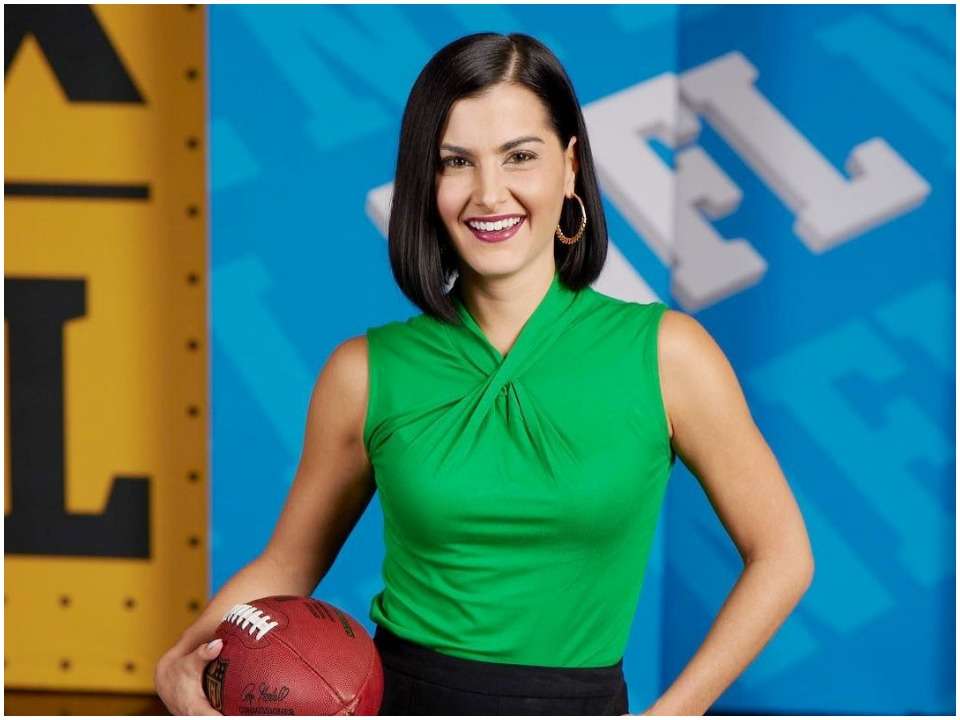 Megan Olivi is an American sports reporter famously known for reporting the mixed martial arts events and as a host of UFC for Fox 1 channel. She gained huge fame and experience after working with popular channels like Fox and ESPN. Olivi is quite famous for her amazing personality and love for the sport.

Megan Olivi was born on 29th August 1986 in New Jersey, USA. She is the youngest daughter to her parents but has not shared the names of her parents and siblings. However, she is known to be of Italian descent. She grew up with her family in Nazareth, Pennsylvania, and had always been athletic and sporty. Megan completed her high school education from a local high school in New Jersey and for her further college education, she attended Seton Hall University. She graduated with a Bachelor’s degree in political science while for her master’s degree in journalism, she attended Fordham University.

Megan started her career as a reporter after she finished her master’s degree. She got the offer to cover the mixed martial arts events in Las Vegas after which she moved to Nevada for the job. She continued to cover the sport and build her experience for years. Later, she became the co-host for the UFC preshow titled Fight Day and continued to exhibit her excellence. A few years hence, she joined Fox news channel where she had previously interned during college. She started covering lifestyle segments along with MMA for the channel’s online site.

In 2013, she was promoted as a fox news correspondent for the Fox 6 News San Diago and started reporting as a social media reporter for the San Diego Padres. She also started working for the magazine Padres POV but left the work to resume work as an MMA reporter. Megan soon resumed her work as a UFC host and started hosting the UFC ultimate Insider for the channel along with the UFC fight pass series – ‘The Exchange with Megan Olivi”. She also hosts the MMA pre-show for the ESPN channel along with Mike Bisping and Dominick Cruz. Meanwhile, she also appeared as a judge on the 2017 Miss Universe Pageant.

Megan currently has 637k followers on her Instagram account while on her Twitter handle, she currently has 127.8k followers since she joined in 2009. On her Facebook page, she has a reach to over 70k people. She is not known to be on any other social media platforms.

Megan is currently married to her husband Joseph Benavidez, a former UFC champion. The couple got married in the year 2015 and has been together ever since. She is known to be a dog lover and also has her own pet dog named Benny of the Shit-Zu breed.

Megan Olivi has been working as a sports reporter for several years and has earned a lot of wealth through reporting MM and UFC events. She is known to lead a lavish lifestyle and her net worth as of 2021 is estimated to be around $2mllion. However, the data has not been officially released yet.