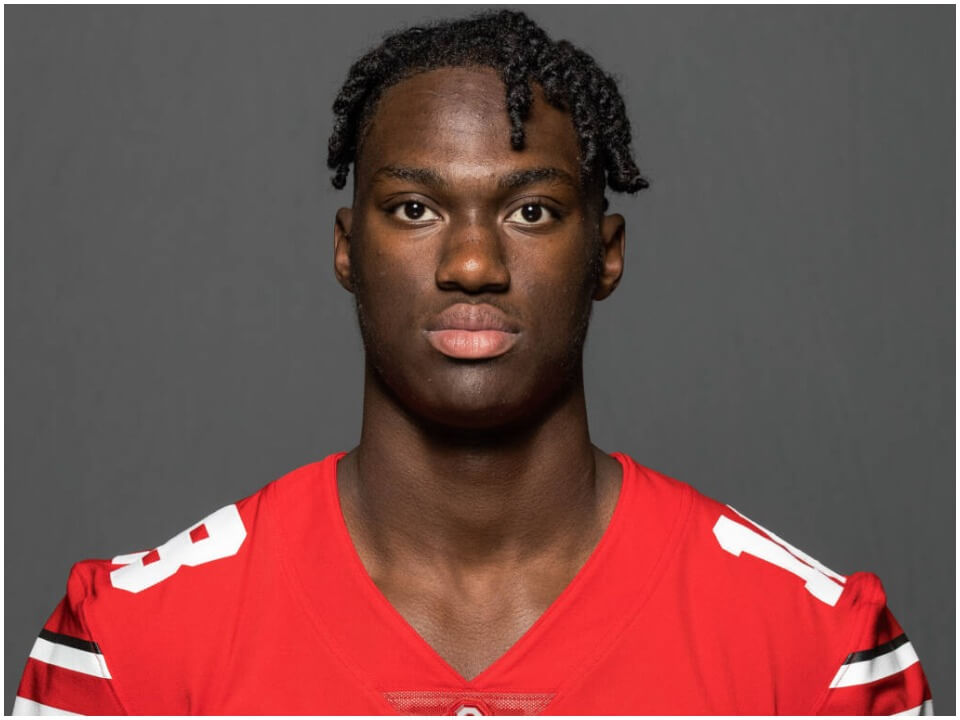 Marvin Harrison Jr. is one of the few wide receivers in the field, posing dangerous threats to other rising stars of the field. He is a rising star who is denoted with the suffix Jr. added to his name. He is positioning himself for a role with the Buckeyes in 2022.

A native of Philadelphia, Marvin Harrison Jr is still a freshman thus he must be around 18-20 years. He is the son of Pro Football Hall of Fame wide receiver Marvin Harrison and Dawne Harrison. Harrison Sr. is an eight-time NFL All-Pro selection team member who spent his 13 years playing for the Indianapolis Colts. Marvin Jr. went to St. Joseph’s Preparatory School, a private Catholic prep school in Philadelphia where he completed his early education. He has won the title of state championship three times in Pennsylvania’s highest class. Currently, he is majoring in finance and pursuing his studies at a recognized and well-established university.

Harrison Jr. has not yet given the details regarding his date of birth and other personal life information. He has not given the details related to his past and the journey he has made till becoming a wide receiver. Harrison Jr. seems to be living in his early 20s. He is yet to discover a lot of things in his future and we wish for his upcoming years in the wide receiving role.

Harrison Jr. is one of the key players for Pennsylvania- one of the most dominant football programs. The Jr. has won the three state titles for the Hawks along with other Ohio State backup quarterback Kyle McCord. While in high school, Harrison Jr. set a record for the Philadelphia Catholic League with 2,625 receiving yards, 37 touchdowns, and 144 catches. His performances in high school have helped in earning the four-star recruit in the list of 247 Sports Composite Rankings. The network placed him at number 97 nationwide and at number 14 in the 2021 class of wide receivers.

During his freshman career and campaigns, Harrison Jr. appeared in the four games while catching five passes and making 68 receiving yards. According to Pro Football Focus, he received 90 snaps and became the eighth-most on the team. He might also get the chance to produce a big hit in the Rose Bowl this coming Saturday. Harrison Jr. had the third most snaps lined out wide of any player coming after Olave (347) and Wilson (306) who both opted out of the game. It is said that both the receivers would be heading into the NFL and Harrison Jr. would be there in the line to see some heavy usage against Utah. With this coming performance, Harrison Jr. would be stepping into a larger role for the team in 2022.

He is living a single life. He has not revealed much about his life and it seems as if he doesn’t like to be in front of cameras. It seems that he is rather busy making his career. This year would be throwing a lot of plans in front of Harrison Jr.

Harrison Jr. is yet to get selected by any nationwide team. He is living in his early 20s and yet not officially committed to any professional team. He recently played as a freshman and is majoring in finance. Moreover, his father Marvin Harrison Sr. is also a former wide receiver. He possessed a record of playing the game for more than two decades before Marvin Harrison Jr. finally set his commitment to playing inside the field. Marvin Harrison Jr. is making a net worth of somewhere between $5 million to $10 million.