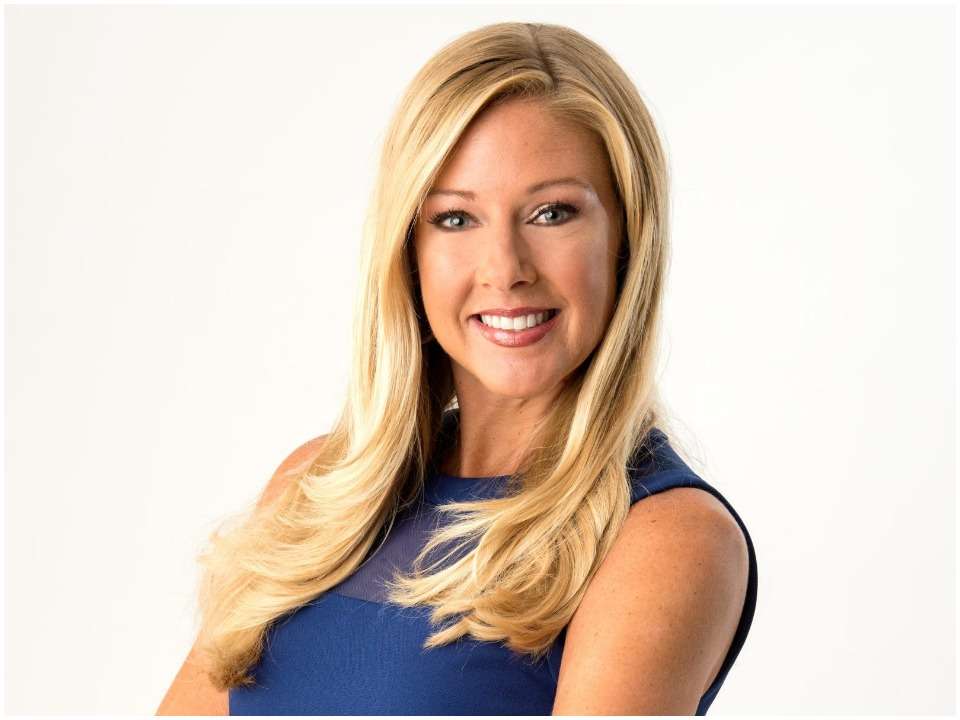 Dawn Davenport is an American personality who belongs to Nashville, Tennessee, United States. She is famous as an athlete, author, anchor, and producer. Dawn works as a sideline reporter for ESPN and SEC Network and also as a co-host of 104.5 The Zone.

Dawn Davenport was born on 25th February 1980 and as of 2022, she is 41 years old. She was born to a Hispanic household in Piano, Texas. Her zodiac sign (as of her date of birth) is Pisces. Dawn Davenport was fond of playing volleyball in her childhood. She played for Auburn and has remained a two-time award-winning player. She has won the SEC Academic All- American. Dawn belongs to an American nationality. She is of Hispanic ethnicity. She celebrates her birthday on every 25th day of February (As evident from her Instagram timeline). There is nothing much available on her family details.

According to her LinkedIn profile, she is an Emmy award-winning personality who describes herself to be sports reporter and anchor who has experienced live shots. She possesses experience in hosting 30-minutes shows in sports categories. She describes herself to be a strong producer and anchor who can also do edits on a linear and non-linear basis. Dawn has got strong reporting skills, live experience in reporting and producing. Dawn went to Auburn University and received her degree in B.A. Mass Communication- Radio, TV, Film in 2002. She was a part of her university society and participated in a few of the activities like Auburn Volleyball, Eagle Eye News, Lambda Sigma Honor Society, Student Alumni Board, Phi Eta Sigma Honor Society, and many more.

She began her professional career in 2003 while working for WWAY NewsChannel 3. There at the channel, she was hired as a Weekend Sports Anchor/Reporter. She continued to be in the position for two years and two months. Later, she began her work with Young Broadcasting for around 12 years and 5 months. There at the network, she was appointed at different positions for different times. First, she was appointed as sports anchor/reporter from April 2005 to July 2008. Thereafter, she was appointed with the role of sports anchor/reporter for WKRN from July 2008 to May 2013. Later, she got herself appointed as a morning news anchor from May 2013 to August 2017.

She also co-hosted the morning show “News 2 This Morning” which used to air on the channel from Monday to Friday. After Dawn terminated her period with Young Broadcasting, she became the sideline reporter for ESPN. She joined the company in August 2013 and since then she has been appointed with the same position. She has also worked as a PxP announcer with the network. Dawn is also the co-host of 3HL on 104.5 The Zone with Cumulus Media. She joined the network in August 2017 and it has been 4 years and 6 months since she has been working with the network.

Dawn Davenport is a happily married woman. She is married to her beloved husband named Travis Harter. The pair announced their wedding on Dawn’s official Instagram timeline on 31st July 2019. The pair seems to be happy together. Also, Dawn became pregnant with her first child with Travis. She is blessed with a baby girl. The baby is named Hadley Babette Harter. She was born on 11th June 2020.

Previously Dawn was married to another man in her life. He was named Johan Kok who also belonged to Nashville. He was a Tennessee golfer by profession. The pair got married on 4th June 2011. Dawn tweeted many of the images of her with her first husband until 2014. But, following the divorce, she stopped posting photographs of her with her ex-husband. Furthermore, they both have not been involved in any of the controversy, rumors, or scandals of any time.

No doubt, Dawn Davenport has got a blessed professional life. She has worked hard for her jobs and achieved quite a successful life. She has never been involved in any of the scandals till now. Daw is famous as a producer, anchor, live reporter, and author. She earns a net worth of around $2 million to $5 million.