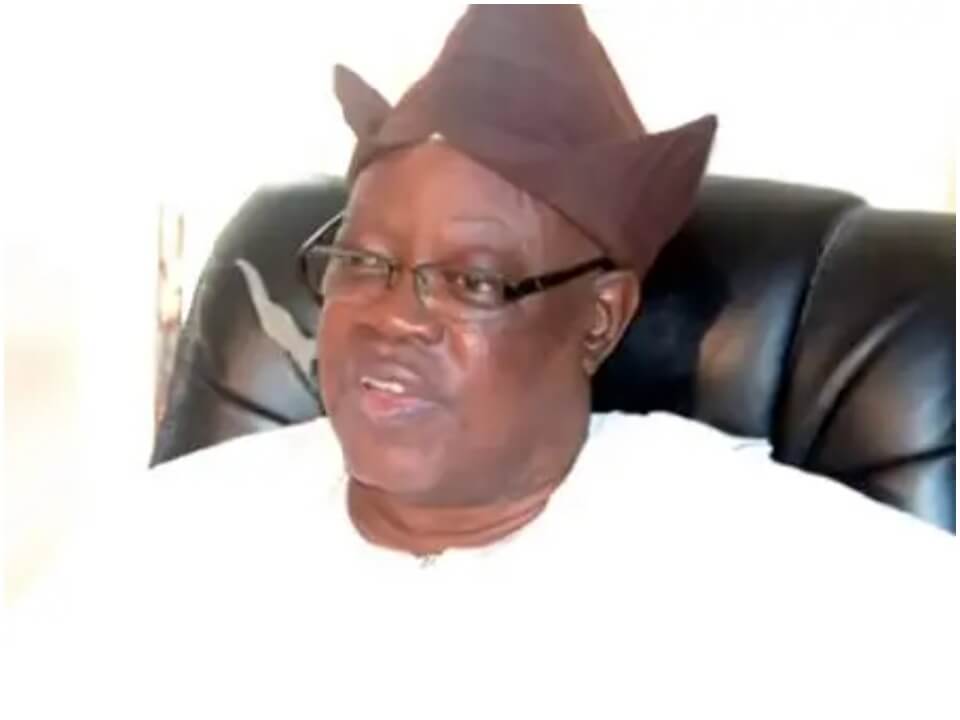 Lekan Balogun is a former lawmaker who is also the most senior chief from the side of two ruling chieftaincy lines, Egbe Agba (civil) and Balogun (military). Balogun will be the next successor to the throne of the state. Lekan Balogun represents the state in the red chamber and senate. He has recently celebrated his 79th birthday in October 2021. Lekan is going to be the next to occupy the position of the Olubadan stool after the death of Olubadan at the age of 93. He recently reconciled with the late Oba Adetunji nearly less than three years ago. His installation was followed by the former Oyo State governor and late Abiola Ajimobi, as a king in Oyo.

79 years old Lekan Balogun is a renowned technocrat, politician, and author who was born in 1942. He started his education at CAC Modern School, Anlugbua. Lekan was living with one of his brothers, the late Hamzat Balogun who was a civil servant. He was studying for the General Certificate of Education, Ordinary Level ( GCE O’L). While Lekan was subscribing to a rapid result college in the UK and was working on the path of enhancing his performance in the examination, he was secretly reading his brother’s correspondence tutorials which he told later that it became very helpful for him in qualifying the tests.

While he was in the second year of the three-year modern school program, Lekan participated in the qualifying examination and got passed. Therefore, he left the school without giving any prior importance to the program. Lekan got certified and traveled to the United Kingdom where he pursued his education in O and A levels certificates. He also pursued a part-time job to sustain himself along with the certification program. He was then under the age of 18 years old.

Lekan left the university in 1973 with a Master’s degree in Administration and Economics. He started having a brief stint with the Lamberth Local Government Social Services Department. He worked for the department for at least one and half years after which his academics took a better inclination and he got himself enrolled for a Ph.D. In 1973, Balogun resumed his research fellow at ABU Centre for Social and Economic Research. At that time, he was handed the option to work as a lecturer at the University of Ife now Obafemi Awolowo University.

But, he chose ABU instead of other options. He chose ABU because of his desire to relate with other people who also belonged to his birthplace and were familiar with the culture from where he belongs personally and originally. It was during his sojourn in the UK when Balogun developed the white-black consciousness and started realizing how people are criticizing, blaming, supporting, or even making choices between white and black people. He realized the fight of people getting turned into activists and struggling for human rights.

To give vent to his passion, Lekan Balogun also joined the leftist Marxist movement. He became part of the murky waters of politics in 1978 when he decided to join the PRP of Late Aminu Kano. His honesty, charisma, and gallantry soon helped the party to climb the political ladder due to which he was given respect and recognition with the political overloads of Oyo State.

Within a short period, he made his progressive and incredible markings while being a politician, activist, and champion of the downtrodden masses. Later, he became the gubernatorial candidate and one leading part of the major political parties in the country, i.e., the Nigerian People’s Party (NPP) of Dr. Nnamdi Azikiwe. He was kept by the military coup of December 1983 and he spent almost 16 years with his political background. Later, he re-emerged as the political senator in the Federal Republic of Nigeria in 1999.