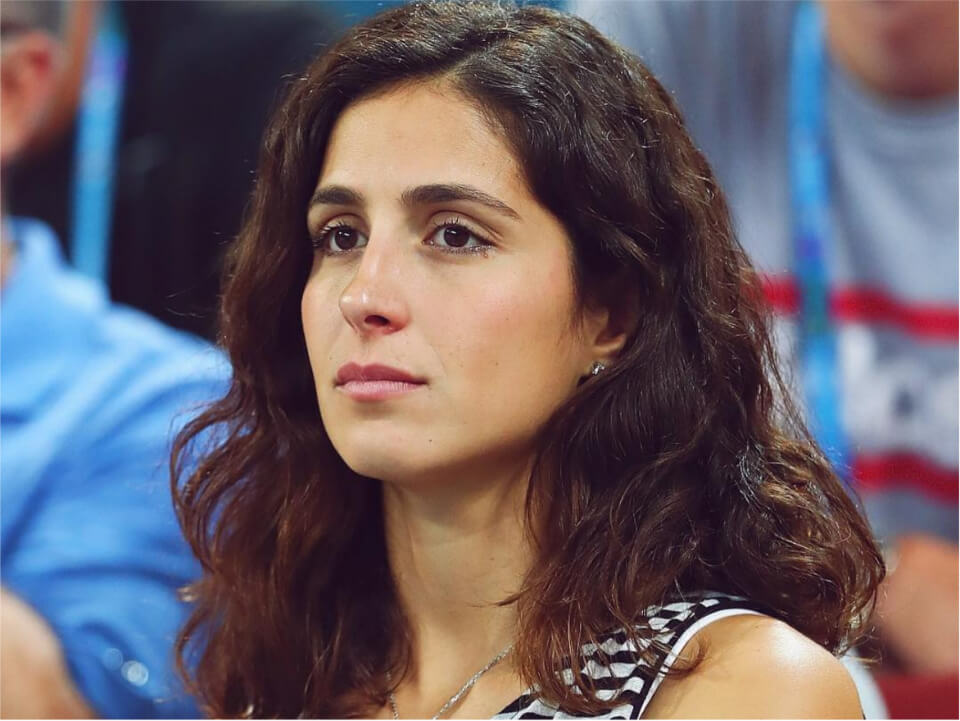 Maria Perello, in full, Maria Francisca Perello, also known as Xisca, is the long-time girlfriend and now wife of the famous tennis player Rafael Nadal. She is also famous because of her work as she handles Nadal’s charity organization, the ‘Rafael Nadal Foundation. Maria holds a degree in business administration from the UK and held the position of project director at Nadal’s charity organization. She is holding the main role behind the day-to-day activities of the organization and manages the work within the communities. Maria is a Spanish girl, who started off her career with a job in an insurance company and later shifted her direction to handle The Rafael Nadal Foundation.

Maria Francisca Perello was born on 7th July 1988, making her 34 years old as of 2022. She was brought up in Palma de Majorca, Spain by her father Bernat Perelló and her mother María Pascual. She is nicknamed Xisca and in the media, she prefers to be called like that. Xisca received her degree in Business Administration and English in London, UK. initially, she had to struggle a lot to speak English and survive in London. Since the beginning of her relationship with Nadal, she has rarely given any details to the media and prefers staying in private. Once in her interviews, she admitted that she even did not reveal her relationship details to her family as she likes to keep her private life limited.

Maria Francisca Perello was ambitious and active since her high school days. She was brought up in such circumstances that she learned to be independent and started making her career soon at a young age. After completing her education and graduating from high school, she went to study business management in London, UK. she completed her education with distinction and got herself landed a job at ‘MAPFRE’, a sporting company that also endorsed her boyfriend Rafael Nadal.

Despite gaining all sorts of attention because of her relationship, Maria rarely attended Nadal’s matches. In one of her interviews, she revealed that Nadal needs space, and also she would get tired if she would hang out with him and waited for the whole day long to complete her needs. She mentioned that giving space to each other is the key factor in their relationship turning to be successful. She said that if she would follow her to all of his destinations, they would probably risk each other while getting along.

She was known to Nadal, the famous tennis star, since her high school days but the two started dating in 2005 when they both were introduced to each other by one of their friends. They tried to keep their relationship private for the initial years and did not have any social media appearances. The couple dated as long as 12 or 14 years and they exchanged the rituals of marriage in 2019 at La Fortaleza castle in Mallorca, an event attended by around 350 guests.

In one of her interviews in 2011, Perello spoke about her private life and said she needs to give space to her relationship with Nadal and it is his career that is helping to maintain that space. Nadal often states in his interviews that he is very fond of kids and now he is seeing his wife turning into a mother and giving him the new role at the age of 36.

Maria Perello began her career with an unsuccessful job profile at ‘MAPFRE’, where she saw hostility because of her relationship with her long-time partner Nadal. She then returned to her hometown and started working for an insurance company. Now, after the marriage, she is handling Nadal’s non-profit organization. It is for sure she is earning good, somewhere around $5 million.