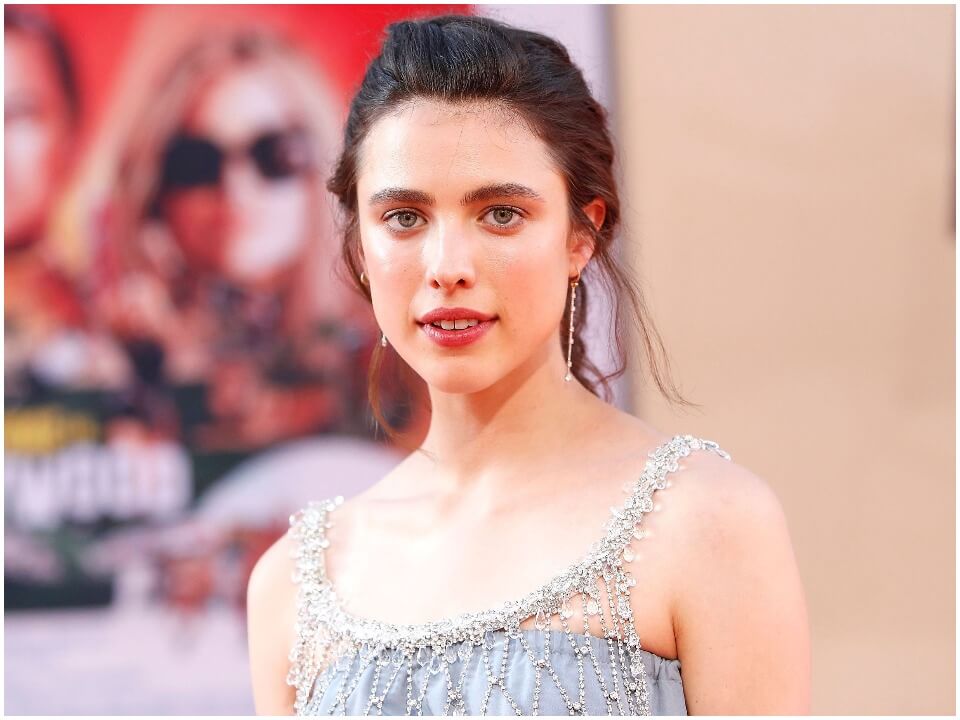 Margaret Qualley is an American actress who is the daughter of well-known actress Andie MacDowell. Qualley got her training for ballerina while being in her childhood age and shortly after she pursued her career in modeling. She started with acting in small roles and later gained recognition for playing different roles. She was portrayed as an actress and dancer too and for which she was also nominated for the Primetime Emmy Awards. Margaret appeared in many films, video games, and big commercials for different brands. One of her recent roles can be starred in her new Netflix film “Maid”.

Margaret Qualley was born on 23rd October 1994 and was brought up in Montana. She is the daughter of Andie MacDowell who was the famous actress and model of her time and Paul Qualley who was also a model. Qualley’s family used to live together in Missoula, Montana when she was four. But, later Qualley’s siblings moved to Asheville North Carolina. They got separated when she became five years old and subsequently, she split her time between each parent. For many years, her parents used to live just miles away. Later the siblings with their mother MacDowell settled in North Carolina and extended their family in the nearby area.

Margaret Qualley got herself trained with ballerina and earned an apprenticeship at the American Ballet Theatre. She attained her education at New York’s Professional Children’s School. At the age of 16, she got the offer to become an apprentice with the company named North Carolina Dance Theater, following which she decided to quit her dance. To stay in New York, she decided to begin with a modeling career. Considering the scenario, she wrote a letter to her mother saying that she didn’t think that she would ever be selected as a dancer so she would be quitting her dance and stay here in New York.

She would be opting for a modeling career with which she would earn also. She laid the things in a way that would be organized and would help her from an income point of view. Shortly after, Qualley changed her mind and opted to focus on her acting career because of which she went to the Royal Academy of Dramatic Art summer program. She also attended New York University but left after attending a semester because of getting acting roles.

Qualley walked for Chanel during the fall/winter 2012 show. She posed for major publications like Interview, Vogue, W, Teen, Vanity Fair, and many more. As of 2015, she has signed her contract with IMG Models and Uno Models Barcelona.

Qualley appeared on the screen in 2013. She appeared for this role because she kept on visiting her then-boyfriend Nat Wolff. In June 2013, she was offered the regular role on the HBO television series “The Leftovers”. She started working with certain television series named “The Nice Guys”, “The Vanishing of Sidney Hall”, and “Death Note”, Netflix fiction film “IO”, “Native Son”, “Fosse/Verdon”, “Once upon a Time in Hollywood”, “Wake Up” and many more. Her next psychological thriller is “A Head Full of Ghosts”.

Though she went on dating high-profile Hollywood stars like Shia LeBeouf and Pete Davidson she kept her lips tight about her romance with Cara Delevingne. Whenever she is asked about her dating life, she appears to talk about her work-life instead. Her life is like an open book for her fans. If they have ever seen her on different events and shows, they can easily note the changing prospects of her trend with changing boyfriends. From 2012-14, she dated Nat Wolff, in 2017 she dated Cary Fukunaga, in 2019 she was rumored with Pete Davidson, in 2020 she was named with Cara Delevingne, and recently she is reportedly connected with Shia LeBeouf.

Margaret Qualley is a well famous actress and dancer who has a net worth of around $3 million. She is best known for her role as Jill Garvey in the series of Leftovers from 2014 to 2017.