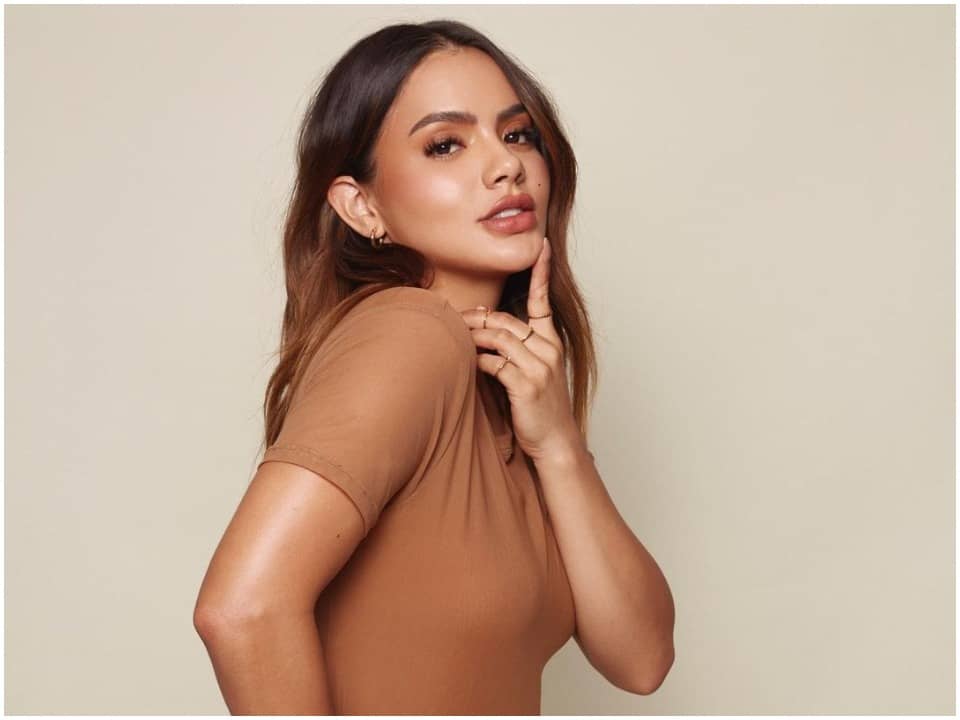 The gorgeous and talented Mexican actress as well as a performer Samadhi Zendejas is a recent breakout star. She played her first role as Amaya on Atrevete a Sonar in 2009, who even won the award for best female revelation in 2010.

Samadhi Zendejas was born on December 27, 1994, as Jill Samadhi Zendejas Adriano in Mexico City, Mexico. She is an actress who keeps her family name a secret by not revealing her parent’s name but she had mentioned that she is the oldest of the 3 siblings who are named Adriano and Dassana, are found to be in acting career too. The actress is really secretive about her education too as she has not even mentioned her school or high school’s name. We just know that Samadhi is currently attending classes at Tele visa’s acting school, CEA in Mexico City.

Samadhi started her career when she got her first role as an actress in Atrevete a Sonar, where she played the role of a student named Amaya. In her first role, she was in a relationship with the actor Alejandro Speitzer, who played the role of Raymundo. She even lent her voice to the show’s CDs. She won the award for the category of the best female revelation of 2010. In 2010, she was starred in an episode of La Rose de Guadalupe. She was even a part of Mujeres Asesinas 3. She starred in the episode Marta, manipuladora along with Aislinn Derbez, Manuel Landeta, and Lorena Meritano.

In 2017, Samadhi played the role of Jenni Rivera in Mariposa de Barrio for 34 episodes. The talented actress is known for her amazing acting skills. Samadhi has been in the acting field for more than a decade now. About her upcoming projects, she had appeared in the short film Falsa Identidad season 1 and season 2 and has a high chance to appear in Falsa Identidad season 3 as well but it is not sure yet as the official cast and release have not been revealed yet.

The actress loves to reach out to her fans with the help of social media. She reaches out to her fans on social media platforms like Instagram and Twitter. On Instagram, she has an account with the username @samadhiza where she has 4.5 million followers and posts her pictures twice or thrice a week. She even has a Twitter account from 2020 where she is available with the username of @sammadhi with 134.8 K followers.

Samadhi is a 26-year-old actress who had her first relationship with Alejandro Speitzer. He is a Mexican actor whom she met on the set of Atrevete a Sonar but unfortunately, their relationship did not work out and the couple had to split up. After breaking up with him, she dated Jorge Coch, who is the brother of Jessica but she parted ways with him too. Currently, she is single, has no children, and had not been previously engaged.

Samadhi is an actress who is in her career for a long time now. Being in this field for made than a decade takes a lot of handwork and skills and is really appreciated. As per the 2020 celebrity net worth survey 2020, the actress has an estimated net worth of around $5 million. As she still has a long way to go in this field, we expect a huge rise in her net worth in the coming future.