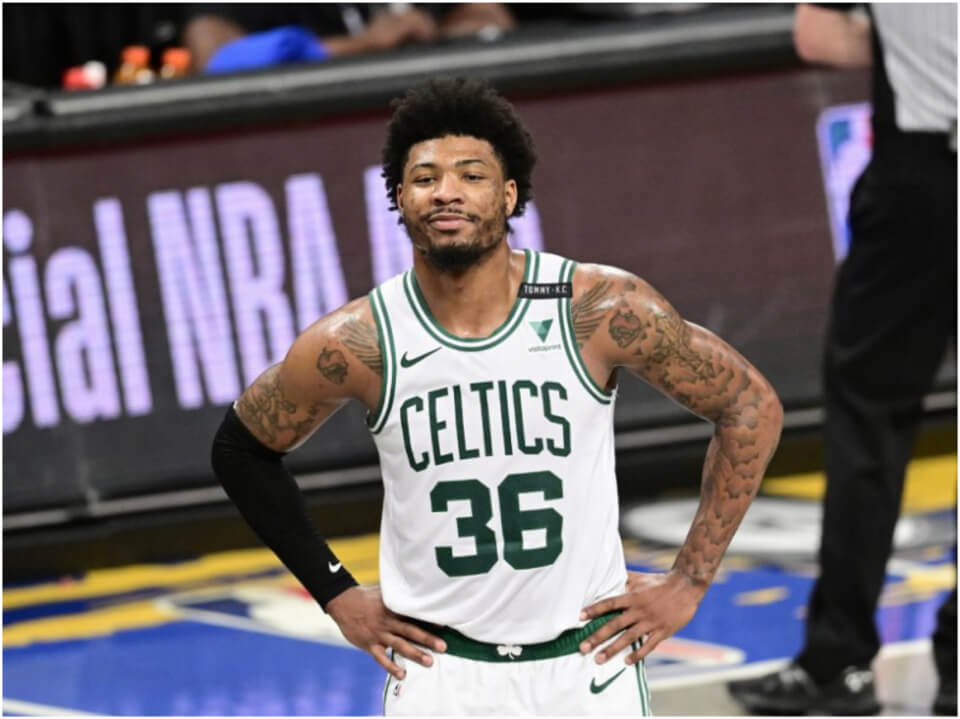 Marcus Smart is an American professional basketball player famously known for being the star player for Boston Celtics in NBA. The young point guard also holds a spectacular college basketball record with his alma mater Oklahoma State University team. Marcus is currently an active member of the Celtics’ squad who is playing the 7 matches NBA grand final against the Golden State Warriors.

Marcus Smart was on 6th March 1994 in Flowers Mound, Texas, the USA to his parents Billy and Camellia Smart. He grew up in a family of six and has three siblings brothers named Todd, Jeff, and Michael. His mother died of myelodysplastic syndrome in 2018 and he also lost his brother Todd. Marcus is known to have completed his high school education at Edward S Marcus high school in Flower Mound. Later to further his sports career, he went on to join Oklahoma State University where he joined the Cowboys basketball team.

Marcus started playing basketball in high school where he was part of the school. He held great records throughout his school years and in his senior year, he recorded 15.1 points and 9.2 rebounds. Marcus also recorded 115-6 throughout three seasons. He was also the McDonald’s All-American and a two-time 5A state champion. He also played for the USA under-18 team and gave out a superior record and grabbed 18 baskets at the 2012 FIBA Americas under 18 championship in Brazil.

In his college career, he set a record of 15.4 points and 5.8 rebounds in his freshman year in the Big 12 and led the team to the NCAA tournament. The following year, he scored 39 points in a single game and led the team to 7th position, and the same year he was named one of the 30 finalists for Naismith College player of the year. In 2014, he went ahead to draft into NBA and take forward his professional career.

He was drafted by Boston Celtics in 2014 and played his first professional game in the 2014 NBA summer league. However, he could not play long due to his injury. He returned and played with great form becoming NBA’s all-rookie second team.  The next year, he played at the 2015 Las Vegas summer league and scored career-high 26 points against the Oklahoma city thunder. He also led to a win against New York Knicks and recorded a triple-double off the bench against Phoenix Suns.

He maintained his great form for the next several seasons and kept recording spectacular scores. In 2019, he recorded career-high 37 points against the phoenix suns, and after the return from the Pandemic break, he was resigned by his team. He remained the star player and catalyst towards winning several games and was named 2022 NBA Defensive player of the year. Marcus is currently on and off the court due to his ankle injury along with issues in his right leg quad and foot but has not been added to the team’s injured list for the season. He is however fully set to play the NBA finals.

Marcus has not shared much about his personal life but is known to have had a serious relationship with Maisa Hallum in 2018. The two however broke up and he is currently single. He is focused on his career and future prospects. Marcus currently has 508.2k followers on his Twitter account while he has 734 k followers on his Instagram account. Other than this he is not known to have any profiles on other social media platforms.

Marcus Smart has not disclosed his annual income or net worth but being a professional basketball player, he is believed to have a luxurious lifestyle and handsome income. His net worth as of 2022 is estimated to be around $4million.