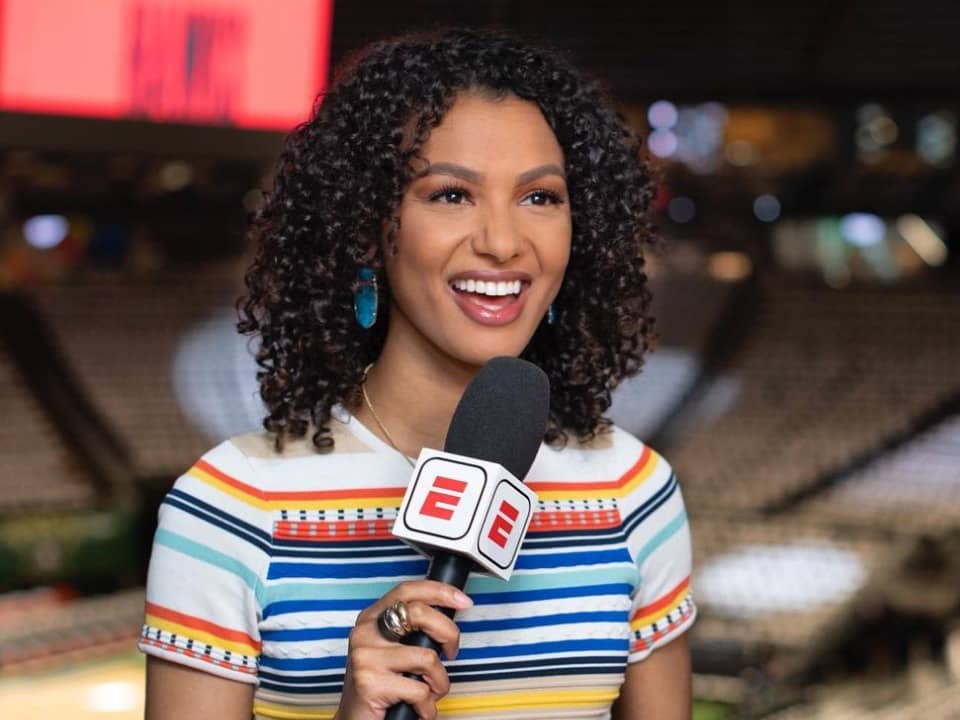 Malika Andrews is a young female NBA reporter and sports journalist who is more in the news because of her controversial reports. She is covered in one of the Forbes 30 under 30 Magazine. Malika attains a wide knowledge of basketball and she has been working for ESPN as an online National Basketball Association writer since 2018. She gives coverage of teams like the Milwaukee Bucks and Chicago Bulls.

Malika was born on 27th January 1995 in Oakland, California to Mike and Caren Andrews. Her father Mike was African-American and worked as a personal trainer and her mother Caren used to teach Arts. She was raised up with her younger sister Kendra Andrews, who now covers a basketball team for NCB Sports Bay Area. Malika had a keen interest in basketball since her childhood and she was a huge fan of the Golden State Warriors, an American professional basketball team based in San Francisco.

Andrews was studying in Head Royce School but due to her eating disorders, she was kicked out from there in 8th grade, and then she took admission to therapeutic boarding school in Utah. After completing school, she worked at a Civil Rights law firm owned by her maternal grandfather. Then a year later, she attended the University of Portland for completing her graduation in communications. She worked as a writer, sports editor, and editor-in-chief for The Beacon in her university.

Adrian Wojnarowski, an NBA insider for ESPN noticed Malika’s work in The Beacon and introduced Malika in the Las Vegas Summer League 2017. She had an internship at a local newspaper- Denver Post after which she worked as a James Reston Reporting sports department at The New York Times. Malika also worked as a reporter for Chicago Tribune, a daily newspaper for one year. She joined ESPN in 2018 as an NBA writer and a reporter covering Chicago Bulls and Milwaukee and then she also went to New York for covering New York Knicks and Brooklyn Nets.

In 2020, she debuted as the youngest sideline reporter and became the first reporter to enter ESPN World Wide Complex for the completion of the 2019-20 NBA season in the Bubble. She was nominated for an Emmy award in the emerging On-Air Talent category. Andrews has been recognized by the Society of, the National Association of Black Journalists and also for her work as ESPN’s only black female NBA reporter.

Malika Andrews got trolled in media when Giannis Antetokounmpo walked out of his postgame press conference following the Milwaukee Bucks ‘ Game 6 loss to the Toronto Raptors because of a report published on ESPN written by her. She even stated that Giannis may want to leave Milwaukee if the team does not make enough improvements to reach the NBA Finals next season but Antetokounmpo has publicly remained fiercely loyal to the Bucks.

Malika Andrews is not yet married to anyone and there is no information available about her past relationships. She is currently focusing on her NBA career and is single.

Malika has earned huge fame and wealth till now from her NBA career. She is estimated to have a net worth of $1 Million till now and it will increase in upcoming years.

Malika Andrews is a strong and determined lady, she has a powerful aura and she is very focused on her career. She is succeeding in her journalist and writing career and will achieve great heights in the future. We wish her luck and success.