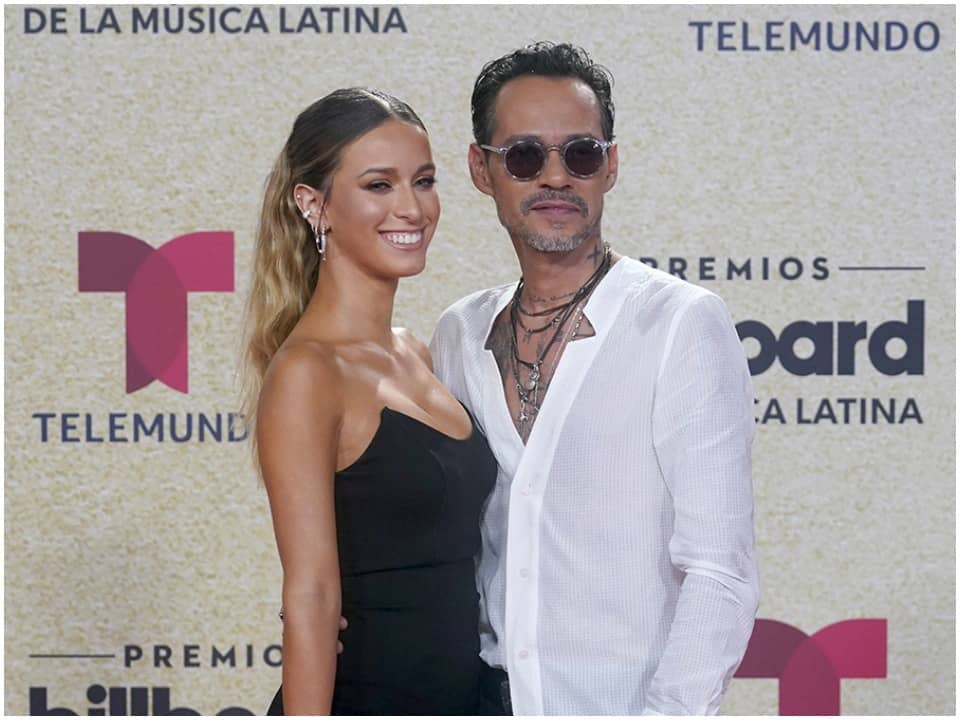 Madu Nicola has made headlines as she has been spotted with the singer Marc Anthony. The pair were spotted together on the red carpet of the Billboard Latin Music Awards 2021. On Thursday, i.e, 23rd September 2021, the pair arrived with their new romance. The lady Madu seems to be too young for Marc Anthony. Madu was seen in a stunning black gown whereas Marc Anthony was wearing a white shirt with dark pants.

Nicola might be in her early to mid-20s and no details are disclosed about her hometown or her birthdate. As far as her occupation is concerned then Madu is a kind of mysterious lady who didn’t utter a word about what she does in her normal life. Also, it’s too early as leading media didn’t publish any such news about her or early life.

Who is Madu Nicola?

Madu Nicola is the new girlfriend of Marc Anthony. Nicola has recently shared the picture of her look on Instagram that was spotted before she headed for the event on 23rd September 2021. Her groomer and makeup artist share the same picture on her Instagram story with the highlights and clips of Anthony and Nicola while kissing each other. However, the singer Marc Anthony has not shared any picture of him with his new girlfriend but seems to upload the picture of himself all alone in the event. Madu Nicola grabbed the attention of the media towards her after she was being spotted with the singer Marc Anthony.

The detailed information is unavailable for now. She belongs to mixed ethnicity and is expected to hold American citizenship. Nicola seems to be highly active on her Instagram profile and possesses almost 20,000 followers. However, she likes to keep her private life away from the mainstream media so she kept her profile private. We tried to find more details about her but literally, there is no information available about her occupation. Although, we searched her on Instagram and only managed to find snaps posted by one of her fans from her official Instagram account. It seems she is into the glamour world and probably enjoying modeling and fashion gigs from those snaps.

The famous superstar singer named Marc Anthony was first in a relationship with Debbie Rosado. He then became the father of a daughter named Arianna Muniz in 1994 and also adopted a baby son named Chase Muniz. The 53-year-old singer is rumored to be dating many actresses. She once dated the actress named Claudette Lali from 1996 to 1998 and was later rumored to get engaged with her. Thereafter in 2000, he married another woman named Dayanara Torres with whom he used to share two sons named Cristian Marcus Muñiz and Ryan Adrian Muñiz. However, the pair developed certain issues and got separated in 2002. The marriage continued for short time and later they filed for divorce in 2004.

The singer tied the knot again with Jennifer Lopez in 2004 and welcomed his twins named Emme Maribel Muniz and Maximilian David Muniz in 2008. But again their marriage didn’t bloom the way he wanted, the marriage continued for only years after the birth of their twins’ children. They got split in 2011 and filed for divorce in 2012. The divorce was further finalized in 2014 when Lopez took physical custody of both the children. Then in 2014, he married another woman named Shannon De Lima.

They got separated in 2016 and planned for the divorce which was finalized in 2017. Marc Anthony has done three marriages and has been rumored with many actresses. As much as he is a famous singer, he has probably gained fame from the praise of his marriages. Marc Anthony is a well-known singer and television personality who is best known for his Latin salsa numbers and ballads. He has also won several awards for his work.

She is surely making quite a good living out of whatever she does. Also, her occupation is unknown so no details regarding her actual worth is available although, we will update this as soon as any update releases by reliable sources.