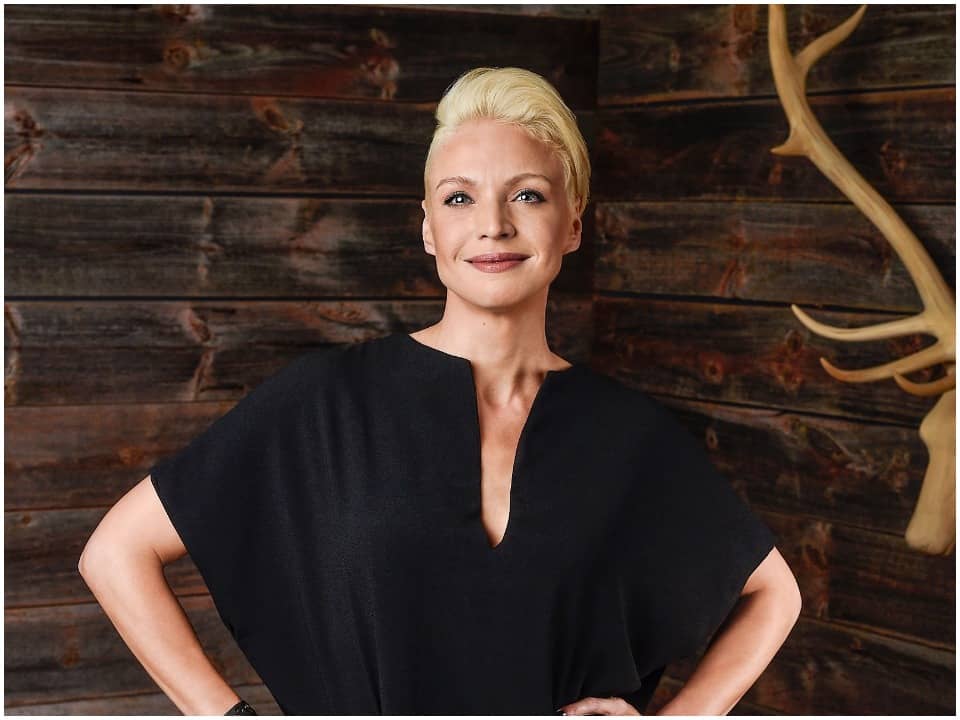 Kristin Lehman is a Canada-based actress and dancer who is best known for her role in the television series named “The Killing”, “Judging Amy” and “Poltergeist: The Legacy”. From 2013 to 2016, she was cast with the role of Detective Angie Flynn in the series named “Motive”. In 2018, she played the role of Miriam Bancroft, the wife of Laurens Bancroft in season 1 of Netflix’s series named Altered Carbon. Recently she starred in Netflix’s original horror series “Midnight Mass” in the role of Annie Flynn.

Kristin Lehman was born on 3rd May 1972 in New Westminster, Canada. She was brought up in Vancouver where she studied classical ballet at Canada’s Royal Academy of Dance for almost eight years. She started acting professionally in 1995 and since then she has maintained her legacy in the film and television industry. In the 1990s she used to appear in the Canadian programs including Due South, Forever Knight, and Kung Fu: The Legend Continues. After working in all these programs, she got shifted to Los Angeles.

Lehman got the opportunity to play a regular role in the Showtime horror series named Poltergeist: The Legacy that was telecast until 1999. Later, she was starred in the short-lived drama series of ABC named “Strange World” which was released in 1999. She also got a regular role in the short-lived drama series named Killer Instinct, Century City, Tilt, and Drive. She also enacted her recurring roles in the series including Judging Amy, Felicity and appeared as the guest in many shows including the Twilight Zone, Kevin Hill, Prison Break, Castle, The Outer Limits, and Andromeda.

At the beginning of 2000, the next coming years had remained remembering for her as she got the regular roles in many films including “The Way of the Gun”, in which she has cast the role against Benicio del Toro and Ryan Phillippe. After her role in that film, she was given a role in television series in 2001 for the series including Go Fish, Felicity, Strange World, and The Outer Limits. During the next four years, she was outnumbered with the series of movies and got the chance to work in the films including Lie with Me, Burnt Toast, The Chronicles of Reddick, Playing House, and many more. Later, she was cast with the role of Corinna Wiles in the TV series Drive which was later released in 2007.

Kristin Lehman is a happily married woman. She is married to Adam Greydon Reid. The couple first started dating each other in 2003 and has been together since then for almost 18 years. Adam Greydon Reid is also a Canada-based actor who has also produced and directed certain films. He is best known for his work in 6Teen and Total Drama.