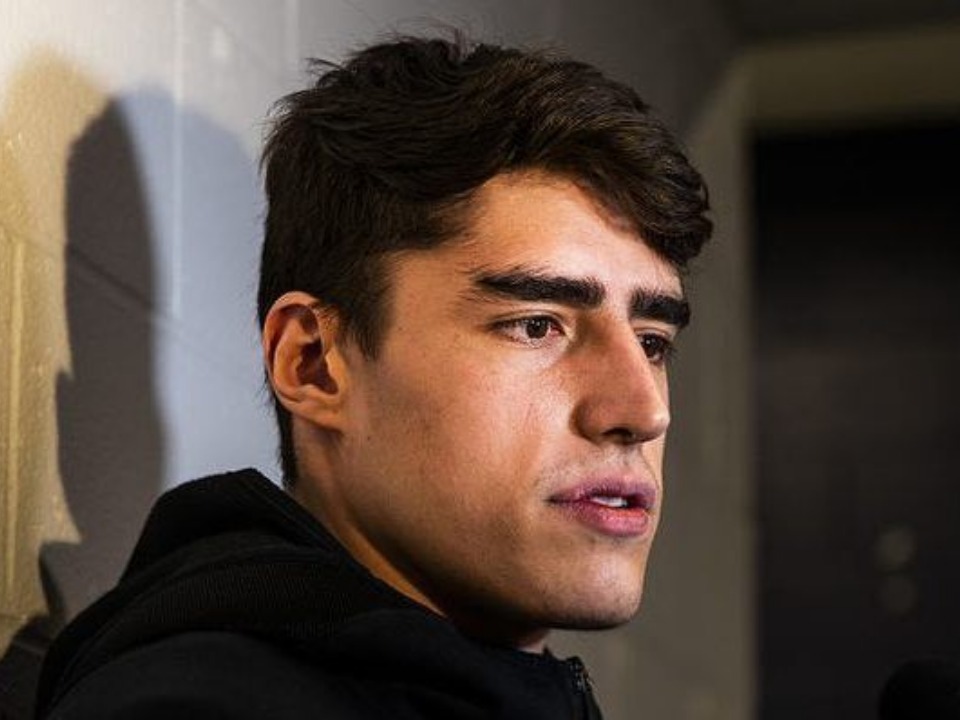 Luka Garza is one of the best American college basketball players for the Iowa Hawkeyes team of the Big Ten Conference. He was titled a consensus first-team All-American and Big Ten Player of the Year when he was a junior.

He was born on December 27, 1998, raised in the Virginia suburbs of Washington, D.C. His father, Frank, and mother, Šejla, both are professional basketball players. According to the sources, he has one little sister named Tesa. Luka inherited the skills to play basketball from his father who played collegiately at Idaho. He holds the American nationality and is of half-Bosnian descent as his father belongs to America and his mother is of Bosniak origin, who played basketball professionally in Europe and is at a position of Executive Assistant at the Embassy of Bosnia and Herzegovina in Washington, D.C.

The son of Basketball Hall of Fame coach, Lefty Driesell, Chuck Driesell was the coach of Luka during his high school. He averaged 24.6 points, 11.7 rebounds, and 2.5 blocks per game in his senior season. He, by earning D.C. Gatorade Player of the Year honors, led Maret School the way to the District of Columbia State Athletic Association (DCAA) title game. Being his school’s unsurpassed leading scorer, he left with 1,933 points.

He had 16 points against Chicago State in his college debut. In the following game, he had a win over Alabama State by having his first double-double 11 points and 13 rebounds. As a result, he was titled Big Ten freshman of the week. Garza used to make an average of 12.1 points and 6.4 rebounds being a first-year student. Garza went through surgery to detach a nine-pound cyst attached to his spleen just before his sophomore season. He earned 20 points and 7 rebounds in the NCAA Tournament to support Iowa and also, as a sophomore, he averaged 13.1 points and 4.5 rebounds per game. Since then, he earned the title of All-Big Ten honorable.

On December 6, he secured 44 points, third-most in Iowa history, and a loss to the Michigan team by 103-91. He was named Oscar Robertson National Player of the Week by scoring 21 points and 10 rebounds against the Minnesota team in a 72-52 win over match. On December 12, Luka had a tooth jarred loose after taking an elbow from teammate Joe Wieskamp in a 84-68 win over Iowa State. He was back to the game by finishing with 21 points and 11 rebounds. As a junior, he earned consensus first-team All-American honors by making an average of 23.9 points and 9.8 rebounds. Garza announced for the 2020 NBA draft in the following season, however on August 2, he declared that he is returning to Iowa and has withdrawn from the draft.

The stunning athlete, Luka is currently dating a beautiful girl Maggie Mynderse. Reportedly, by looking at the pictures that Garza often posts of the duo on his social media account, it is known that the couple started dating each other in early 2020. Maggie kept her Instagram account private due to personal reasons, however, during the game, she often visits her boyfriend. The passionate young guy has thousands of followers on social media to whom he inspires every day. He has more than 37K followers on his verified Instagram account, 974 followings, and has posted 191 pictures as of now. He also has a Twitter account and is quite active on other social media platforms as well.

The talented basketball athlete made his career in his dream game at a very young age and has set a goal for many youngsters. He has earned a lot of fame during his career. His net worth is approximately USD $1 million.