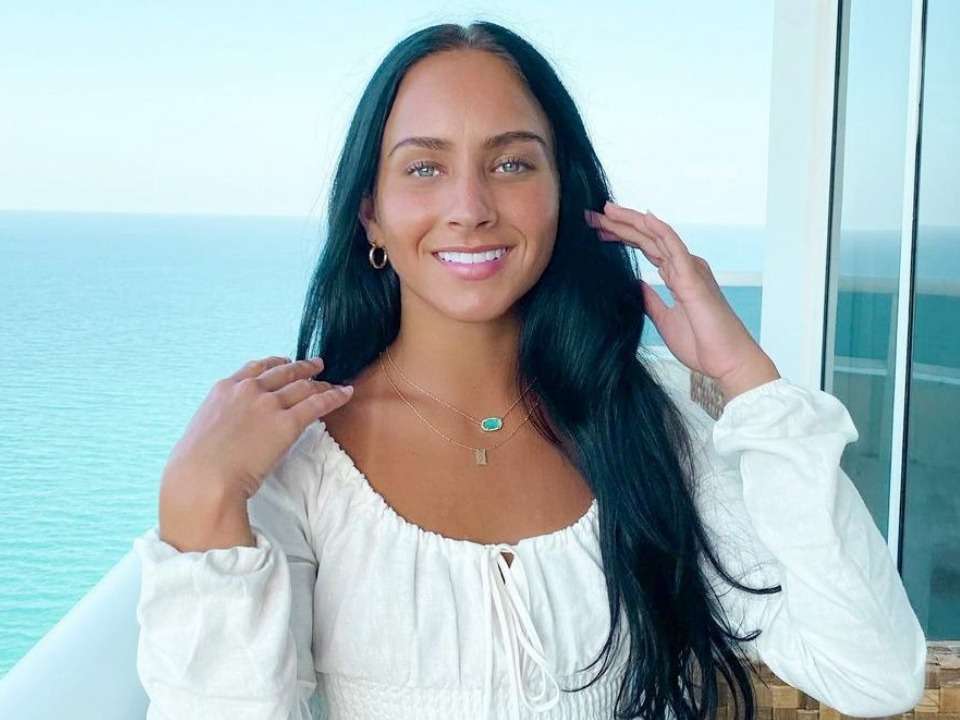 Gabi Butler or also known as Gabriella Butler is an American cheerleader, YouTube, and television personality from Florida. She is famous for appearing in Netflix docuseries Cheer and is a member of Top Gun Cheer Squad.

Gabi was born Gabriella Butler on January 16, 1998, in Boca Raton, Florida, United States. Her mother goes by the name Debbie Butler and not much is known about Gabi’s father. she has three siblings named Amanda and Ashley Butler and a brother named John Michael. At a young age, Gabi got into cheerleading and wanted to excel in the field, for the same she moved to California to be a professional cheerleader.

After few years of training, she participated in many championships and in 2012 even was a part of the World Championship but a month before the tournament she injured herself. For few years, Gabi attended schooling in her hometown in Florida, and later when she moved to California, she continued her education. After high-schooling she got enrolled at Navarro College in Corsicana, Texas.

Gabi’s career started when she was 8 years of age, wherein she began her training in Cheerleading. She became a part of an All-Star gym named Top Gun and Trinity. Soon she went on winning many championships locally and as a result set her foot in World Championships as part of Top Gun and Trinity in 2010. Unfortunately, a month before the competition, Gabi injured her leg thus unable to take part in the Championship. Following the disappointment, she was about to quit cheerleading and continue with her life but somehow received an opportunity to cheer for the All-Star team based in California known as Cali SMOED.

Gabi then moved to California in view of a new path in her life and soon went on winning at the World Championships with the team in 2013 and 2014. By the end of 2014, Gabi joined the international team Gymtyme Blink IOC5. After several appearances through various platforms, Butler turned into a star in the world of competitive cheerleading. She even is a part of her college cheer team in Texas where she attends Navarro College in Corsicana. In January 2020, Gabi made it to the television show, The Ellen DeGeneres Show, along with other members of the team, Jerry Harris, Lexi Brumback, Morgan Simianer, etc.

Apart from this, Butler is also a successful YouTuber. Her first video dates back to three years but from the past year, Gabi has become more interactive on the platform. Her most viewed video is Behind the scenes at Daytona Nationals with Navarro which was premiered on January 14, 2020, and has over 357k views on the channel. As of 2021, Gabi has over 106k subscribers and is a verified user.

According to rumors, Gabi is in a relationship with college football player Jordan Brooks-Wess. But the young cheerleader has not confirmed the details as of yet. Gabi is an active social media user. She has a verified account on Instagram which goes by the username @gabibutler1617 and has more than 1.6 million followers. Being a cheerleader, she is often seeing flaunting her fitness clips and insights from her personal life. Gabi also has a Twitter account with 117.2k followers.

She as a cheerleader has established a well-known career and reputation for herself as she has represented her team at the World Championships. Not only that, but she has also made appearances on various shows which sets her apart from other cheerleaders. As of 2021, her net worth is estimated to be around $500k US Dollars, the majority of her earnings from being a professional cheerleader.