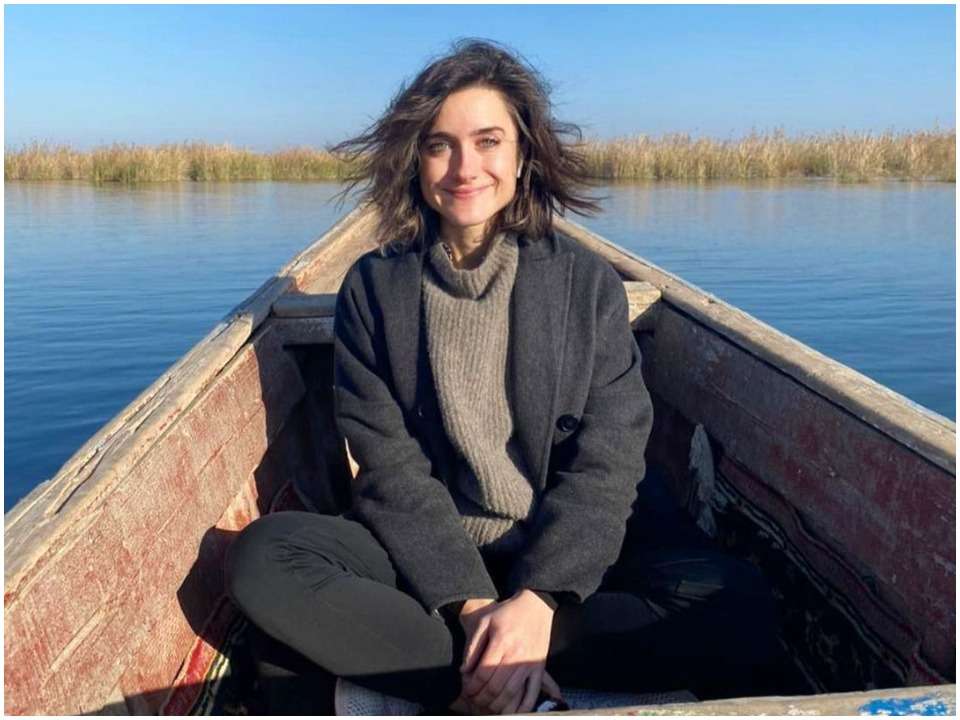 Louisa Loveluck is a personality from Iraq who has completed her education at the University of Cambridge with a degree of B.A. in social and Political Science. She has a high-profile personality and professional life as she is currently holding the job of Baghdad bureau chief at the Washington Post. She joined the post in 2016 as Laurence Stern Fellow and began covering the war in Syria from the base in Beirut. Earlier in this profile, she was reporting on the military coup and deadly crackdown in 2013.

Louisa Loveluck was born on 31st August 1991 and obtained her degree of BA, SPS from the University of Cambridge from 2008 to 2011. Her degree made her specialize in international relations, sociology, politics, and social anthropology. Earlier to pursue her degree at the University of Cambridge, she studied at The Perse School for Girls. According to various sources, Louisa’s birthplace is known to be Lebanese.

According to her LinkedIn profile, Louisa began her professional life as an intern. She has pursued the job of development assistant, intern, reporter, correspondent, and bureau chief. She began her professional life in 2008 while working for St Catherine’s College Alumni & Development Office, which hired her as a development assistant based in Cambridge, United Kingdom. Louisa was given the responsibilities of office administration and assisting on large events which she managed from 2008 to 2010. In September 2010, she was hired as a program administrator at Chatham House (based in London) and worked on Providing project, communications, and administrative support to the MENA program.

From October 2012 to January 2012, Louisa became a reporting intern at The Bureau for Investigative Journalism following which she started working as a freelancer. She worked a freelance job as a middle east reporter while covering the part of a journalist covering Syria and the wider Middle East. During the period, her work was published by many media outlets including the Guardian, the New York Times and Vice News, The Daily and Sunday Telegraph, Appearances on BBC, ITV, CNN and France 24, etc. Louisa gave three years of her life to freelance work that was based in London/Istanbul. Later, she became a freelance journalist and began working as a Cairo-based journalist.

She has been pursuing this position since July 2012 and it has been 9 years to date. The work was being associated with London and much more connected with Daily Telegraph and the Christian Science Monitor. Most of her recent work has been published by BBC, New York Times, the Guardian, VICE, and GlobalPost. In January 2017, Louisa began her new profile as Middle East Correspondent based in Beirut at The Washington Post. Recently, she is pursuing her job as Bhagdad Bureau Chief since June 2019.

Louisa Loveluck’s marital status is unknown. It seems as if she is unmarried seeing her Instagram and other social media pictures on her timeline. Except for this, she has not mentioned anyone’s name on her social media timeline. It appears that she is rather focusing on her career instead of giving any other person a place in her life.

It is for sure that Louisa Loveluck is earning a good amount of money because of her only profession of journalism. She has developed herself into an intern, development assistant, freelance reporter, and Bureau Chief. She hails from different positions and different media outlets some of which are based in London, Arab and other places. Despite this, she has got her articles published in various newspapers and media outlets including The Guardian, BBC, New York Times, GlobalPost, and others. For the moment, Louisa’s estimated net worth is somewhere around $2-$3 million.