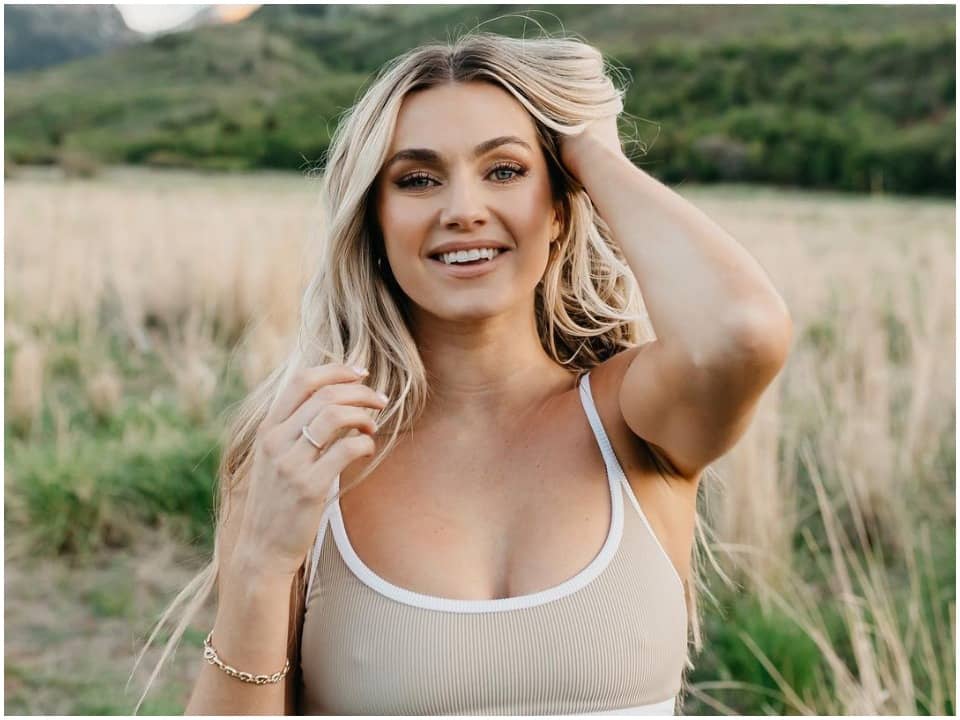 Lindsay Arnold was always into dancing as she grew up; she was able to make up her mind and decided to select dancing as her profession. She took part in a famous American Reality TV show as a contestant named “So you think you can dance” and “Dancing with the stars”. Lindsay is also an American Model and Choreographer.

Lindsay Arnold is born on 11th January 1994 in Provo, Utah, United States of America. Her parent’s names are Mindy Arnold and Josh Arnold. She has 3 siblings named Jensen Arnold, Brynley Arnold, and Rylee Arnold. Lindsay the little girl began dancing when she was just 4. She did her schooling at Timpview High School and later for further education, she attended Utah Valley University.

In season 22nd she came 4th with Wayne Morris who is a Bad Boys II singer. She secured 2nd position with David Ross who is a major league basketball catcher in the 24th season. In the 25th season, she came 1st with Jordon Fisher who is an actor and singer. On season 27th she was paired up with DeMarcus Ware who is also an NFL player and came 7th. In the recent season, she secured 6th position with Sean Spicer who is a former white house press secretary. Currently, she has taken a break due to pregnancy and amidst a coronavirus outbreak. She currently started dealing in a cosmetic product line named L.A.C. by Lisa Arnold.

On 18th June 2015, she got married to Samuel Cusick who has been with her since her High school days at Salt Lake Temple in Salt Lake City Utah. Currently, she has revealed that she is pregnant with a baby girl.

Being a model and professional dancer, she gave her blood, sweat, and tears to this profession. She is very hardworking and dedicated to her career. Her net worth has been estimated at around $720 thousand. She is quite active on social media sites like Instagram, Twitter, YouTube, and Snapchat. She loves to share her moments with fans via these accounts. Fans are quite mesmerized by her amazing lavish lifestyle. 852 Thousand fans follow her on the Instagram account and 126,200 followers on Twitter.