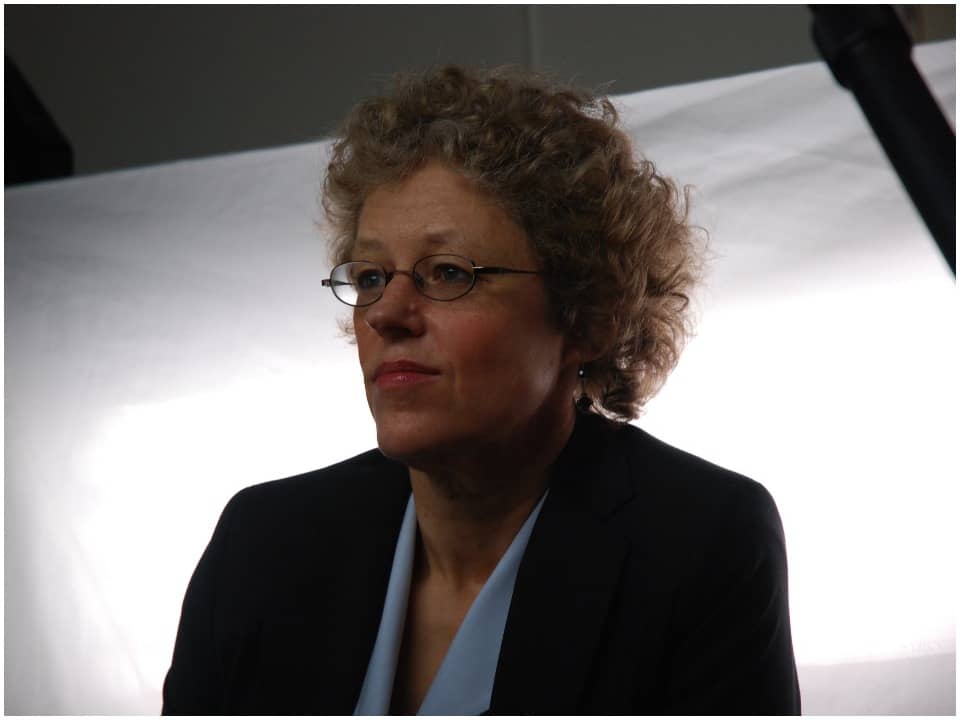 Leslie Kean is an intelligent and popular American investigative journalist and an author widely known among the people for her books on UFOs and the afterlife. Her books’ topic creates curiosity and mystery among the readers to know more about it.

Leslie Kean was born in the United States of America whose age and date of birth remain a secret. As per the information from sources, she was born to Hamilton Fish Kean who was an environmentalist and a philanthropist, and his first wife Ellen Garrison. Leslie is the sister of Lisa and her brother Lewis. She is the granddaughter of her grandfather Robert Kean, who was a Congressman. As for the educational information, Kean is known to have attended a local high school. She has not revealed the name of the college or university she attended for her graduation and has also kept the field, she majored in a secret. She is expected to have majored in the field of writing and literature and looking at her works, she is expected to be quite educated.

As for her career, Kean started publishing her works related to UFOs after 2000. She was invited as a guest on Coast to Coast AM and her book called UFOs: Generals, Pilots, and Government Officials Go on the Record, was published by Penguin Random House which was labeled as the bestseller by the New York Times. In an article published by the New York Times on December 16, 2017, the fact was revealed that the US Department of Defense had spent USD 22.5 Million on a secret program named Advanced Aerospace Threat Identification Program investigated the information about UFOs.

The article was written by Helene Cooper, Ralph Blumenthal, and Leslie Kean. Recently, New Line and HBO Max along with Laura Bickford have teamed up together to frame a movie which would be based on Leslie’s research and investigation about the UFOs which was also talk about the story of Luis Elizondo when he was the head of the Pentagon Advanced Aerospace Threat Identification Program. The script would be penned by Bryce Kass and the movie would be titled “I Know What I Saw.”

Leslie Kean is an independent author, who is old enough to marry and start a family, but Kean is not interested in it. She is currently single, who dated her boyfriend Elliot Budd Hopkins, who was an American artist, author, and ufologist. The couple started dating after Elliot’s split from his ex-wife Carol Rainey in 2006 but soon after their relationship began, Hopkin’s died at the age of 80, on August 21, 2011, due to complications of cancer.

As a best-selling author, Kean earns an estimated net worth of USD 2 million She earns this sum of money by publishing her written works, research, and investigation on UFOs and also by her works in many new papers and magazines. The author is expected to have a rise in her net worth after the shooting and release of the new movie, which is based on her book and research.