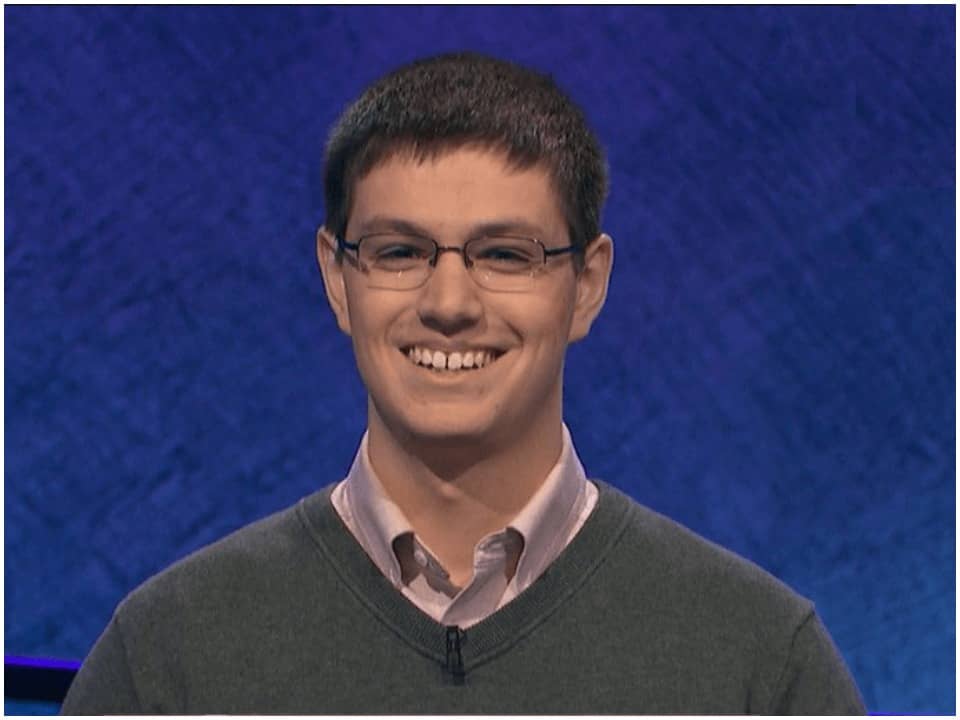 The reality TV star, Ryan Bilger is the most talented personality around who is a previous Jeopardy winner. He won the championship in 2019 and amazingly in 2021, he participated again in the Jeopardy Tournament of the championship. He crashed into the high lights by making his appearance and now is on his way to be the winner in the finals.

Ryan Bilger was born on 11th august 1997 in Macungie, Pennsylvania. His parents are Kurt Bilger and Cathy Reinhart Bilger. He grew up along with his younger sister, who is a huge One Direction fan. His mother is a teacher and we do not know much about his father’s profession. The family lives together in a light-blue color beautiful house in Macungie and share happiness, sadness, and sorrow with each other.

From a young age, he was considered to be talented in every field. Ryan studied at Emmaus High School. He has posted about his friends who accused him of bullying on their bus in their middle school on Twitter. He finished high school in 2015. Later he attended Gettysburg College and got graduated with a History major and Civil War-era Studies and Public History double major.

Ryan has always dreamt to be successful and sharing his success story with people. When he was 21, he participated in a reality TV show ‘Jeopardy’. It is a classic game show with a twist. They provide you the answers and the contestant supply the questions. Three contestants, including the previous show champion, compete in six categories and in the three rounds.

Ryan won four games over five appearances that aired in July 2019 and won the huge sum. In his final appearance, he secured second place. Sam Kavanaugh, a teacher from Minnesota beat him by winning more amount. Since it is just the beginning of his career, he has to face many more failures and at the same time have numerous bundles of opportunities to showcase his wonderful talent. Ryan will hopefully soon be coming into his own and fully enhancing the superstar life he is destined to.

Ryan is in a relationship with a wonderful girl Laurel Wilson. He attended Great Valley High School and studies at Gettysburg College along with Ryan. The couple has not revealed much about their personal life as they appear to stay away from media. Ryan is raising the bars on social media and getting popular slowly. He has earned around 1024 followers on his Twitter account @Ryan_Bilger11. Where he is seen active lately. He is not much active on his Instagram handle.

As of 2019, his estimated net worth is around $109,049. He earned the fortune over the 5 episodes in 2019. Moreover, he has already won $32,405 in his first episode. He is expecting more and is soon going to earn a huge fortune through his mind-bending talent. There isn’t a lot of insight regarding Ryan’s own life and his total assets.