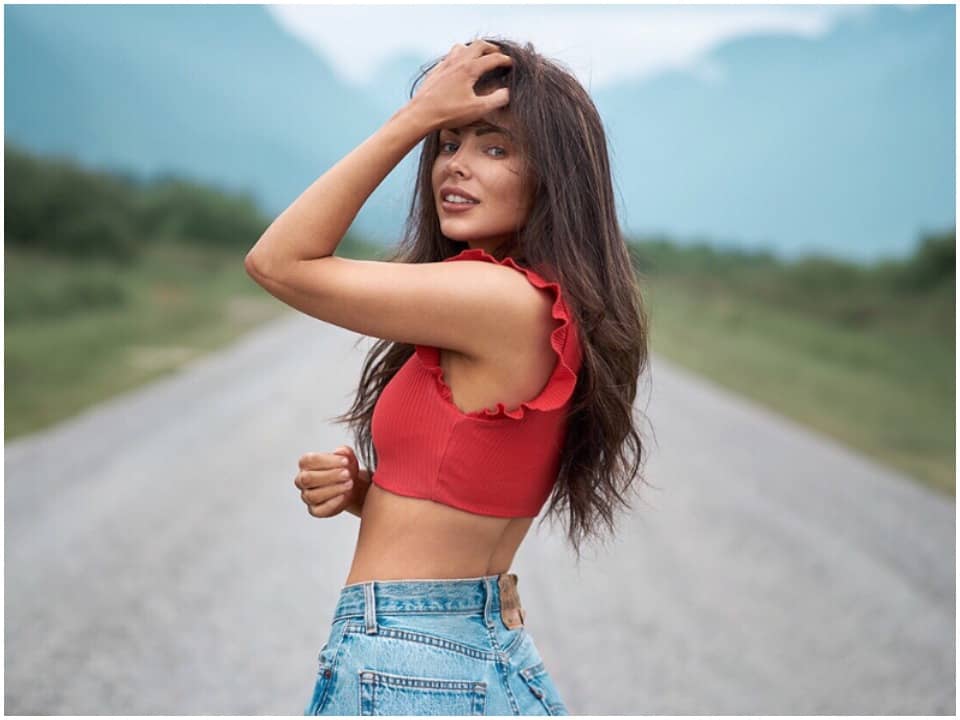 Corin Jamie-Lee Clark is a beautiful model who hails from Vancouver. She works for commercial shoots such as Sporty & Rich, The Ragged Priest, Dolls Kill, and a magazine named SKYN. Before her modeling career she used to work as a waitress at English Bay Cactus Club. She is currently in limelight because of her relationship with Jesse Metcalfe who is a popular American actor and musician.

Corin Clark was born on 22nd December 1992 and hails from Vancouver, United States of America. The name of her father is not known and her mother’s name is Sandra. She has an elder sister named Katie Clark Hanson who is married to an African- Canadian husband and together they have a baby. There is no information shared about her schooling but we can assume that she holds a degree in the field relating to the entertainment industry.

Corin works as a professional model for several local brands. In 2014 she gained million of attention when she was spotted with a playboy millionaire named Dan Bilzerian because of her personality. She started her career by modeling for SKYN Magazine as they approached her for the same. Later she started traveling for her photoshoots to various cities. Before her modeling career, she used to work as a waitress as she was spotted in English Bay Cactus Club which is a restaurant in Vancouver. In 2020 she was seen working for brands like Sporty & Rich, The Ragged Priest, Dolls Kill, Pretty Little Thing, Tiger Mist, and many more.

She also works for The Numa Networks who hire models, photographers, makeup & hair artist, and influencers. According to her Instagram post, she seems to be represented by Canada’s leading talent agency in the film/ television industry called Lucas Talent Inc. Corin has currently gained a lot of spotlight due to her relationship with Jesse Metcalfe. She will be busy with her modeling career for brands as well as she receives a lot of offers for the same. Due to the coronavirus pandemic, she seems to enjoy having photo shoots at some locations like sunset, beach, and garden.

In 2019 she was in a relationship with a Riverdale actor named Skeet Ulrich but due to personal reasons, the couple broke up within few months. In 2020 she seems to get cozy with Jesse Metcalfe during Corona Virus Pandemic as sources revealed that they are quarantined together. Jesse was previously with Cara Santana as they were in a relationship for 13 years and engaged for 3 years but due to some issues, they separated in different directions.

Corin earns through her professional modeling career and being a model of several popular brands, she is surely making a huge out of it. Apart from this, she is a part of a few talent groups like The Numa Networks and Lucas Talent Inc. She was also spotted in SKYN Magazine as well. According to sources her net worth has been estimated at around $800,000.