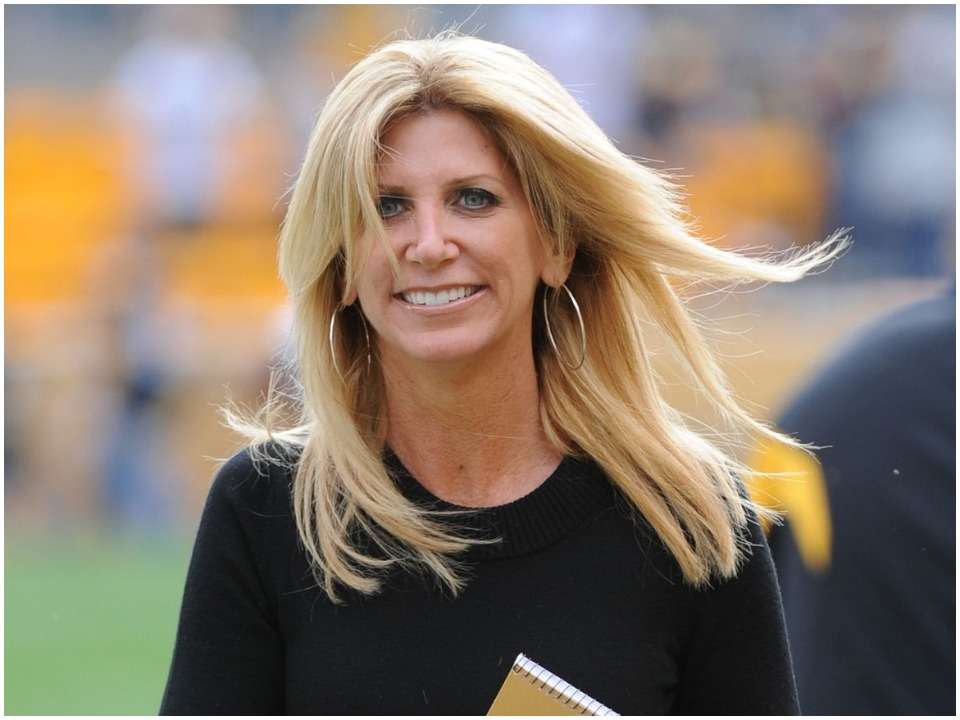 Laura Okmin is an American reporter who covers news for FOX’s NFL. She connected with Fox Sports Network in 2002 and started her career with the same as a reporter, anchor, or host. She had numerous job titles while working for the FOX family. Currently, she is working as a reporter for NFL for FOX while featuring for both program shows, FOX NFL SUNDAY and FOX NFL KICKOFF. She has also interviewed and covered the big names over two decades including MLB All-Star Games, multiple NBA finals, two Olympics, 10 Super Bowls, and World Series.

Okmin was born on 11th June 1972 and was brought up in Kansas City, Missouri. She owns her citizenship to the United States. She is the daughter of late Lynne Okmin who died because of cancer many years ago. To tribute her mother, she has also written a book based on her story. Laura Okmin did her graduation from the University of Kansas with a degree in Journalism. She began her television career while being a sports anchor or reporter in Montgomery for a sports channel in Chicago where she had to travel with Chicago Bull during the championship run. During her session in Chicago, she was honored with Chicago Midwest Emmy for Outstanding Achievement in Sports while covering the sports single-handedly.

Laura Okmin worked as an AFC reporter for FOX sports in 2018-2019. She used to provide analysis for Westwood One’s NFL Thursday night and Monday Night. Laura hosted FoxSports.com and covered the summer Olympics 2012 games in London and winter games in Sochi in 2014. She has served as a featured reporter for the Orange and Fiesta BCS Bowl Games. Okmin begin with LO productions while producing PROfiles for 30-minute series where she used to introduce NFL personalities off the field.

The show was aired on FSN. She hosted a series of the show while being an executive producer and securing for VIZIO as title sponsor and writing for each episode. Previous to this job, Okmin used to work for TNT/TBS Sports from 2002-2003 where she used to host Braves and Thrashers while being a reporter for NBA playoffs. She had five years with CNN while being a reporter and host anchor. She used to host the shows like Page One, CNN Morning News, CNN early Edition, NBA Today from 1997-2002 which she used to simulcast daily on CNN and CNNSI.

Laura Okmin is married to Michael Hagerty. They together own a production company called Okerty Entertainment that is dedicated to scripted and unscripted content. The pair has been living a happy married life in Nashville along with an adoring dog named Booyah. Laura is fond of dogs and loves to spend time with them.

She is one of the top-rated analysts who work for FOX Sports. Laura has an annual salary ranging from $20,000 to $100,000. She has earned a successful life through her journalist career. She is estimated to earn a net worth of around $1 million to $3 million.