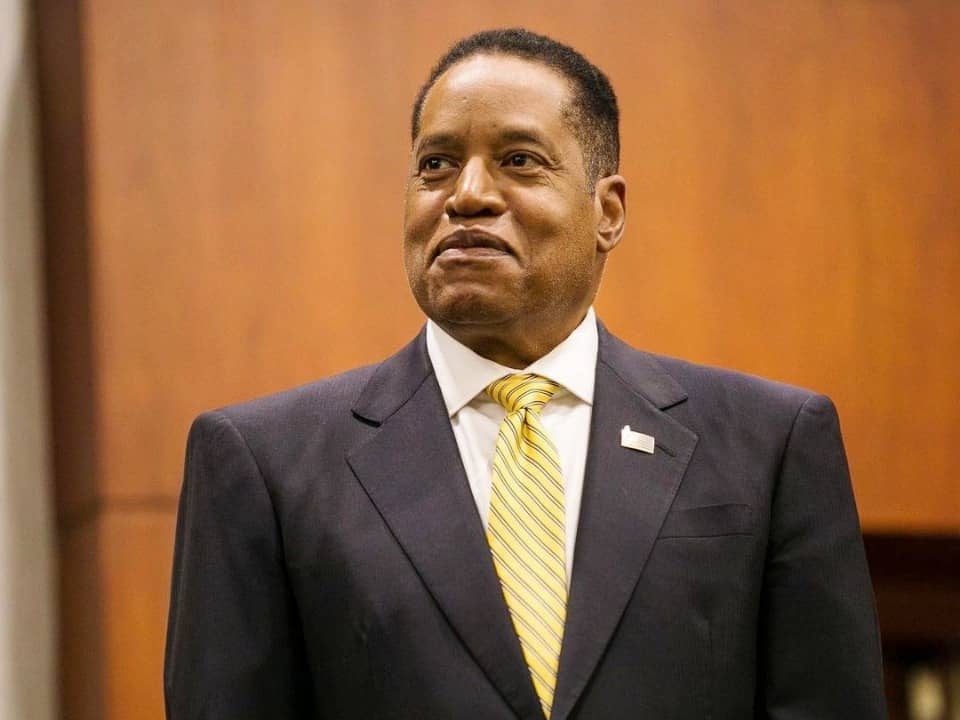 Larry Elder, in full, Laurence Allen Elder is a radio host, politician, author, and an attorney who hosts “The Larry Elder Show”. The show was first started in 1993 that was like a local program based on the Los Angeles radio station KABC and it was continued till 2008. Later, it was re-started on KABC from 2010 to 2014. The show is nationally broadcasted through ABC Radio Networks from 2002 to 2007 and then by Salem Media Group since 2015. Larry Elder has written many non-fiction books and nationally gets partnered with newspaper columns through Creators Syndicate. He was one of the important members of the Republican Party in 2021 where he used to work with Democrat Gavin Newsom.

Larry was born on 27th April 1952 in Los Angeles but grew up in the Pico-Union city and South Central area of the country. He was one of the middle children of all three siblings who were all brothers. He was born to Randolph (who died in 2011) who was born in Athens, Georgia and worked as a sergeant in Marine Corps during World War II. They had to move to California from Georgia after the war ended during the second great Migration. He also worked as a janitor at Nabisco and later to this position; he started his café in Pico-Union in 1962.

After his father died in 2011, he and his brother Kirk accepted the Congressional Gold Medal on their father’s behalf. On the other hand, Larry Elder’s mother Viola (who died in 2006) belonged to Toney, Alabama, and worked as a clerical member for the Department of War in the United States. He went to Fairfax High School to attain his education and then graduated from Crenshaw High School in 1970. He earned his graduate degree in Political Science in 1974 from Brown University. Later in 1977, he attained his degree of Juris Doctor from the University of Michigan Law School.

After attaining his law school and related education, Elder joined Cleveland law firm. Later in 1980, he founded his law firm that was named Laurence A. Elder and Associates. He stepped down from his Elder and Associates firm around 1987 but continued to be called the owner of the firm until 1995. In the late 1980s, he started writing op-eds for the local newspaper, and then in 1988, he began writing nationally in the column of Creators Syndicate. He used to write weekly columns for Los Angeles Daily News until April 2012. Larry took many actions on the social stage to maintain peace and harmony in the place where he used to live. He was against abortion calling it a murder being done by couples.

He was against the decision of the laws taken by the Supreme Court that was later called Roe V. Wade which protects pregnant women’s liberty and made them choose abortion without any excessive government restrictions. Larry argued that it should be overturned while calling the decision one of the trounced decisions that the Supreme Court has ever handed down. He argued that the decision should further be handled by the state government. Larry Elder is related to the history of making anti-LGBT remarks on Twitter. He is well known for using male pronouns while referring to transgender women including playboy model Ines Rau.

Larry has attained good fame because of his work as a conservative talk radio host. He has also worked as an attorney, documentary filmmaker, and author. He has handled multiple roles and is best known for all of his great performances. Currently, he is 69 years old and is a member of the Republican Party. While being open about his views about various political issues, he used to remain silent about his married or personal life. There is hardly any information available about his wife, Alexandra Dating.

After years of friendship, the couple got engaged in 2014. Meantime, it was revealed or rumored that the couple has got separated and broke their engagement following the same year in 2015. But since 2015, Larry started mentioning his “girlfriend” as one of the important people of his life on different occasions on social media but again the topic remained indefinite or unclear as there was no clarification whether they were dating each other or not. Recently, Larry’s ex-girlfriend Datig who is 51 years old has been seen on Tucker Carlson Tonight’s show. She has been known for producing more than 100 episodes with Larry Elder.

Till now, Larry Elder has published around five books and each of his books has attained huge stardom. Because of his different roles, shows that he used to host and his connection with political parties, his net worth is estimated to be around $16 million.