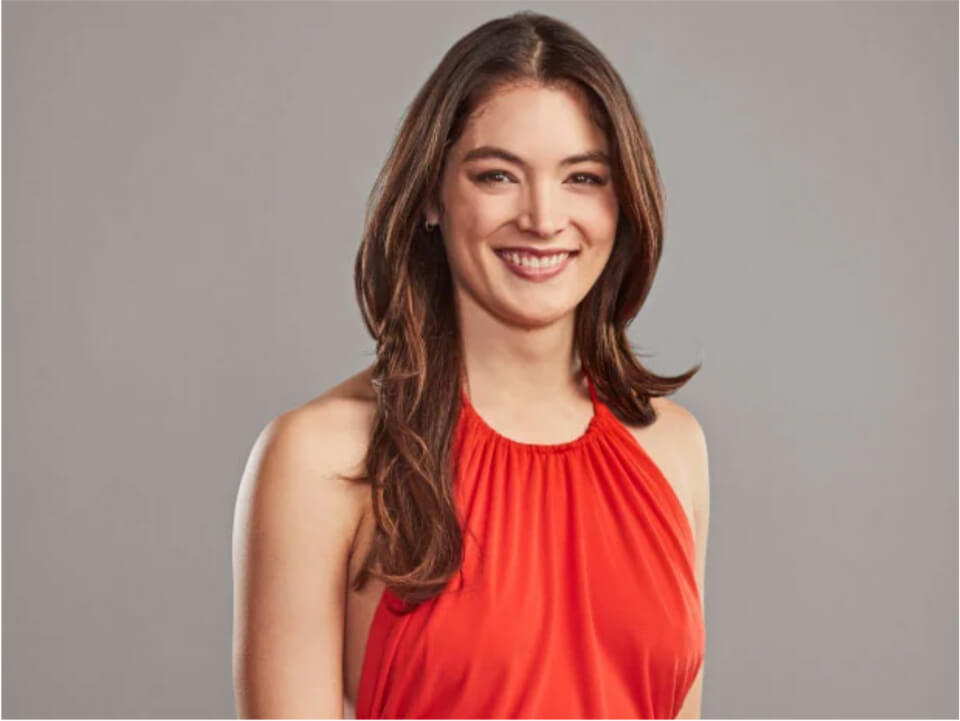 Lark Skov is an American personality who is a known athlete in the line of women rowing and has switched her career from rowing to TV. She is one of the 12 contestants on the show “Claim to Fame” and is still maintaining her position as of August 2022.

Lark Skov is only 24 years old and has her hometown in Steamboat Springs, Colorado. She went to the University of Washington and received her degree in linguistics. She graduated from college in 2020 and stayed committed to her athletic rowing games from 2017 to 2021. Her Instagram profile is available but it is certainly private. However, Kaia Gerberis follows Lark as both are cousins.

Lark was an active member of the women’s rowing team while pursuing her college at the University of Washington. She was part of the team, playing for various national and international games from 2017 to 2021. She has been the recipient of a bronze medal in the U.S. Women’s Eight at the 2019 World Rowing Competition under 23 championships.

Lark is now gaining fame because of her appearance in the ABC show called Claim to Fame. People are liking the show and are showing interest in watching the activities of the contestants. There are 12 contestants in the show and all belong to a celebrity family with at least one celebrity relative. In every episode of the show, one person is eliminated and this is how the winner will be chosen. Most of the people on the show are not listed on Wikipedia. The same goes for the personality of Lark Skov. She is doing perfectly fine with her game and is known to create a remarkable switch between her two careers including rowing athletics and being a TV personality.

She is not popular on social media but gaining a lot of attention because of her graceful look and her appealing personality in the TV show. People are getting attracted to her for how she is managing her personality and how she looks in real life. Further, some people think that the 24 years old niece of the 80s runway model might be pursuing a famous career and might be having decent earnings because of the way she is presenting herself on the show.

The interesting fact about all the contestants of “Claim to Fame” is that all the contestants belong to celebrity families and others would have to identify the name of their celebrity relative. On 29th August 2022, a new clue was released in the name of Lark Skov. The clues were given to identify the “originality” and her relation with the celebrity relative. However, nothing is hidden from the audience. Success runs in the family and Lark is trying to maintain this trend. She is getting popular on TV just like her uncle and aunt.

She confirmed her celebrity relatives. During the initial stage of the competition, Lark revealed that her celebrity relative is her aunt who has remained a supermodel since the 1980s. In one of the clues of the challenge, words were revealed: George Clooney and a tequila commercial. After the clue was revealed, Lark immediately became concerned that others would now identify her relationship with her uncle named Rande Gerber, George’s Casamigos Tequila partner and Cindy’s husband. She is the known niece of Rande Gerber.

Lark Skov is a “not so popular personality” and is on the verge of gaining popularity by standing on her feet in the show called Claim to Fame. She is a well-developed women’s rowing athlete and is now a known personality on ABC’s show. She stayed committed to her athletic games till 2021 and it is in this year that she started with her TV appearances. So, either she is too busy with her career or doesn’t want to reveal anything related to her past loving relationships.

Lark Skov came to the limelight after she got the chance to appear on ABC’s most-watched show Claim the Fame. She could have won $100,000 if she would have survived the show and may run till the end. Unfortunately, there is no clue regarding her net worth because she completed her graduation in 2020 and stayed committed to her athletics till 2021 and thereafter she came to TV. Indeed, she is having a busy life with her career.