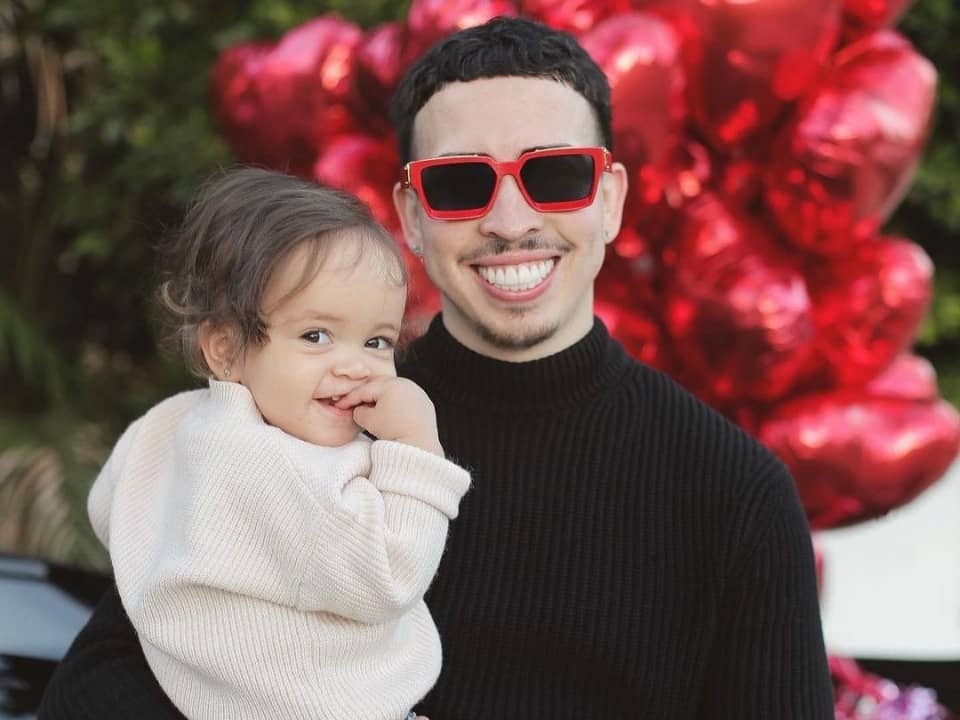 Landon McBroom is a popular American Social Media Star. He has gained fame from his YouTube Channel named This Is L&S which is a joint account. This account was started by him and his girlfriend and shared various funny, prank, and family videos along with their young daughter. He is also known as the brother of an NCAA Basketball Player named Austin McBroom.

Landon was born on 26th September 1996 in California. His parents are Allen McBroom and Michole McBroom and he spent his childhood days with his brother named Austin McBroom. Landon completed his high school education at Paraclete High School in Lancaster, California, United States of America. The details about his further educational qualifications have not been shared with the media yet. He was also inclined towards playing sports as his family is athletic.

Landon began his career on social media and posts content. He is also a certified trainer and has a joint YouTube Channel with his girlfriend. On 13th March 2017, he opened his YouTube Channel and began posting content after 2 months. The couple uploads funny videos, Q & A, Prank, Challenge, Vlog, and many more content videos on their YouTube Channel.

On 6th June 2021, he has been accused of being violent and assaulting Shyla Walker, his wife. Shyla’s friends have been posting stories about the bruise she faced because of Landon. In 2021 they ended their YouTube Channel and request the fans to maintain peace. Landon has not responded to any of the accusations yet and soon would come out to his fans.

In March 2017 he joined Twitter and has earned over 92.2 thousand followers. Later on, his YouTube Channel has 3.07 subscribers and receives more than a million views on his video channel. His Instagram account has 1 million followers.

Landon has been in a relationship with Shyla Walker for more than five years. Shyla came to fame by posting makeup tutorial videos on her social media accounts. On Christmas Eve in 2019, the couple was blessed with a baby girl named Souline Amour McBroom. In 2018 they also broke up but later got back together. The couple has parted ways because he was abusive and toxic towards Shyla.

Landon has earned a lot from his social media career. He also is inclined towards playing Boxing and participates in the competition. According to sources his net worth has been estimated around $500,000. His other sources of income come from sponsorship and attending various events.