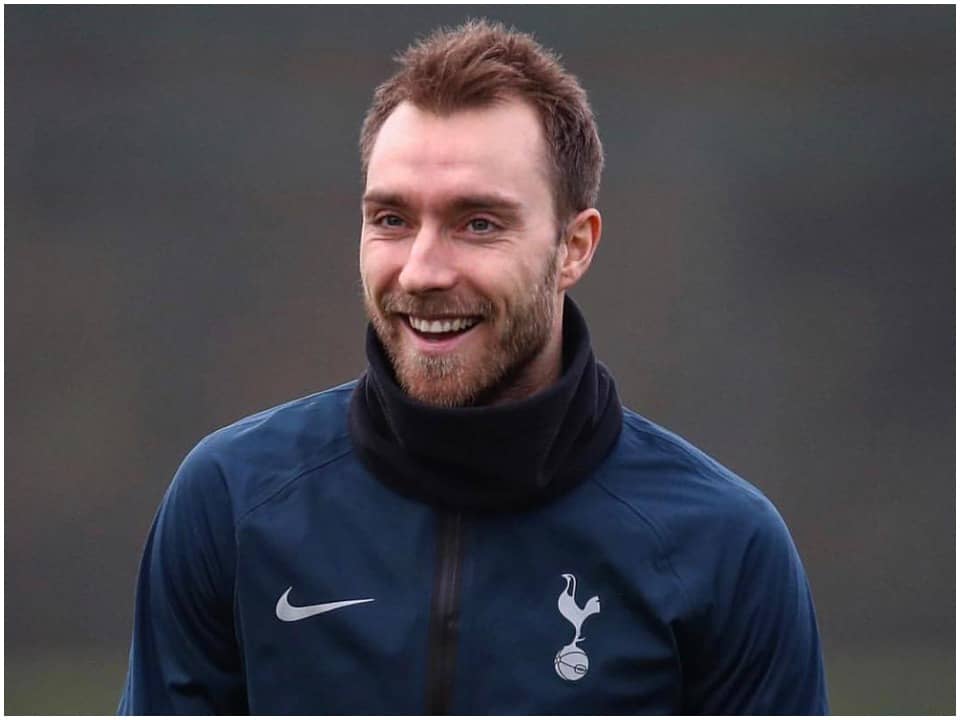 Christian Eriksen is a famous football player from Denmark. He is also the part of Denmark National Team of Football. Christian is an attacking Midfielder as well as Central Midfielder. He is known to be playing in his own terms, described as “Classic number ten” by the media moguls. He is currently representing his nation Denmark in the UEFA Euro 2020 championship. Christian suddenly fell on the ground which primarily looks like a stroke and he fainted on the spot. Emergency medical assistance was given to him and later on, was taken to the hospital for further treatment. Although it was a slight relief for his fans and family as he was stabilized on the ground first then taken to the hospital.

Christian Dannemann Eriksen was born on 14th of February 1992 in Middlefart, Demark. He is also known by his pet names as The Screamer and Golazo. His parents are Thomas Eriksen (father), Dorthe Eriksen (mother) and he also has a sister – Louise Eriksen. From childhood, Christian followed in his father’s footsteps as Thomas was one of the players in the academy of the local side, Middlefart G&BK. His father used to be the coach back then and in 2004 helped the youth academy win the 3rd youth championship third consecutive time out of the four players. We are looking for his background as there is much less info. available. But, we for sure, know that he has studied in the local school in his hometown. We will keep you posted as we will get any updates.

Youth Christian started playing just before he turned 3 old. Getting young Christian moved to Odense Boldklub which later competed in the Danish youth championships. That year his team had lost the game against Brondby IF. However, this didn’t stop Eriksen from his game and he was named as the “Best Technical Player” of the tournament. The following year he made the only goal in the tournament and helped his team win.

That was the year when several world-famous teams started noticing Eriksen and noticing his game. Teams such as Chelsea, Barcelona, Real Madrid, Manchester United, and Milan to name a few… were ready to pick him in their teams. Christian, his mind was playing somewhere else, said “My first step should not be too big. I knew that playing in the Netherlands would be very good for my development. Then Ajax arrived and that was a fantastic option”, quoting which he joined Ajax, an Amsterdam based club. He signed a 2.5-year contract with them on 17th October 2008 and he received the jersey with number 51.

Following this, his breakthrough years began. On 18th October ’11, he scored his first goal in the UEFA Champions League and Ajaz beat Dinamo Zagreb. In the same year, he was named Danish Football Player of the Year. It was because of the dedication and commitment – the hard work of Eriksen that helped Ajax won 2 consecutive titles of the UEFA Euro Championships. Christian was praised by Martin Jol, the manager, and was compared with Wesley Sneijder and Rafael van der Vaart who were Danish Legends, and with Michael Laudrup for reading the games. He has been a part of Ajax Club, Tottenham Hotspur club, and is currently playing for Inter Milan club. Milan has finally been able to sign him in 2019.

In the running championship of UEFA Euro 2020, Eriksen is representing Milan. On 12th June 2021, Eriksen had a group stage match against Finland at Parken Stadium in Copenhagen. While playing the game Christian Eriksen suddenly fell to the ground. He fainted on the ground and his team called for medical assistance on an immediate basis. Later he was taken on a stretcher and the nail-biting match had to be canceled.

Eriksen is a wonderful player but at the same time is also a wonderful human being. He currently lives with his long-time girlfriend Sabrina Kvist Jensen. They are parents of 2 beautiful sons, Alfred who was born on 4th June 2018, and the other on December 2020.

Not only Eriksen inspired the world with his football skills but also inspired his sister who now plays football too. Louise is also a professional football player and she also became the captain for KoldingQ in the Elitedivisionen.

Eriksen, at a very young age, has filled his bank accounts. He earns millions every year by playing several tournaments and leagues. He earns from multiple channels like sponsorships, endorsements, branding, advertisements, no. of goals made, contracts with the club, investments, and bonuses for his performances that lead to the win.

We estimate that he is earning a little over 100,000 Euros every week and over 5.3 million Euros a year. As of today, he has accumulated over 14 million Euros. His wealth is stored in bank accounts and the form of properties, cars, and other luxuries. We wish Eriksen a speedy recovery and good luck for his next game.